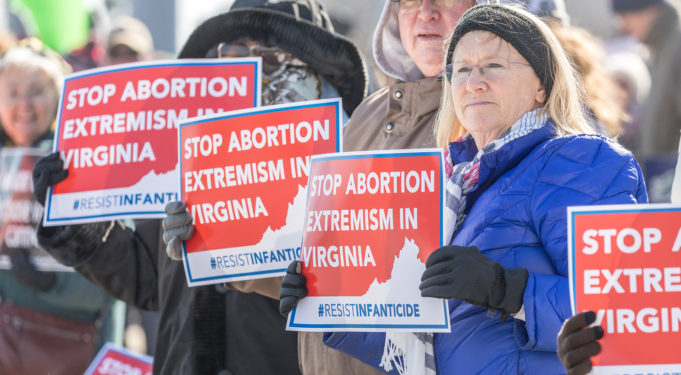 Days after the debate over Virginia’s late term abortion bill captured the attention of the nation, the outrage continues unabated. Over the weekend, pro-life groups rallied in opposition, freshly energized by what President Trump told the Daily Caller was a moment which would, “lift up the whole pro-life movement like maybe it’s never been lifted up before.”

On a chilly Saturday morning in Fairfax County, over 750 opponents of the bill rallied outside South County High School in Lorton, VA, while national pro-life leaders denounced the legislation.

The rally, organized as a joint effort between the Susan B. Anthony List, the Family Foundation, the Virginia Society for Human Life, the Catholic Diocese of Arlington, Students for Life, Live Action, Heritage Action, Concerned Women for America, and the March for Life, was initially scheduled as a protest to a town hall held by the abortion bill’s sponsor, Delegate Kathy Tran (D-Springfield). That town hall, also featuring Senator Scott Surovell (D-Fairfax) and Senator George Barker (D-Fairfax), was cancelled by the organizers, claiming security concerns.

At the rally, pro-life leaders denounced Tran’s legislation and called for a renewed energy focused on pro-life causes and elections.

“We are in a defining moment for this nation,” said Marjorie Dannenfelser, president of the SBA List. “The almost-born or just-born boy or girl is becoming visible to Americans all around the nation.”

Dannenfelser said the group would focus on defeating politicians who supported the legislation.

“Directly to those officials, who serve at the pleasure of the American people, who are considering these horrendous procedures all over the nation right now, the Susan B. Anthony list, and our entire growing pro-life movement, promises you this: get ready for the private sector, outside of government. We will defeat you.”

“We will begin with the Virginia legislature in the fall,” she closed.

“The Commonwealth and the nation have been horrified and shocked over this discussion about horrific abortion practices being supported by various Democrats in Virginia,” added Victoria Cobb, president of the Richmond-based Family Foundation. “We have watched the abortion industry’s influence over this political party grow exponentially in recent years.”

Cobb continued by saying these bills were not new ideas, and had been previously pushed by Democrats in the Virginia General Assembly, before national outrage highlighted the agenda being supported in the halls of government.

“Senator Northam voted for every bill Planned Parenthood brought him,” said Cobb, who noted the governor’s support of pro-choice positions existed long before Tran’s bill or his comments on the radio.

“No one of us is surprised by the actions of Governor Northam, Delegate Tran, or any of their cronies and colleagues in the Democratic caucus,” said Olivia Gans Turner, president of the Virginia Society for Human Life. “This agenda has been driven for years by the pro-abortion elements in our community: NARAL, Planned Parenthood, etc.”

“The new ethos of the pro-abortion lobby is to go all-in for abortion, under any circumstances, at any time. It always has been, since 1973, but now the cat is out of the bag. We are seeing truth once and for all. The veil is pulled away and we are aware that, even at nine months of pregnancy, these people believe it’s legitimate.”

“The Democratic Party has been hiding for decades behind a mantra of ‘safe, legal, and rare’,” added Tina Whittington, with Students for Life America. “Now is the moment our nation must be woken up.”

“The abortion lobby, Planned Parenthood, and their allies have a radical abortion agenda, and we just saw this past week here in Virginia what it is.”

“Let me remind you, 60 percent of Democrats would like to limit abortion to the first trimester, if not ban it outrightly,” added Alison Centofante, with Live Action, speaking to polls which show Democratic lawmakers out of step even with supporters in their own party. “They’re not answering for the American people, they’re not even answering for most of their Democratic base. They are taking their marching orders from a pro-abortion lobby that financially incentivizes them to take these far extreme abortion stances.”

“What would you do for three million dollars,” she added, referencing Northam’s campaign contributions from Planned Parenthood. “Maybe you would toe the party line, which includes abortion through all nine months, for any reason, at the taxpayer dollar. Planned Parenthood also tossed a couple thousand dollars at Kathy Tran’s race, because they thought she would carry water too, and that’s what she’s doing.”

“By the way, elections have consequences for life,” added Penny Nance, CEO of Concerned Women for America. “If we didn’t know that before, we should know it now more than ever.”

“Remember what happened in New York. The reason that Governor Cuomo was able to sign that legislation is because the New York Senate flipped.”

“Elections have consequences for life!” the crowd chanted.

As the rally continued, speakers continued to note that Tran’s bill was out of step with voters, warning that a backlash from pro-life voters was coming at the ballot box in November.

Capitalizing on the outpouring of grassroots energy was the Fairfax County Republican Committee, which set up a booth outside the rally to recruit members and distribute voter registration forms to pro-life voters drawn out by the controversy over Tran’s failed legislation.

Fairfax GOP leaders vowed to get out the vote in November.

In attendance was Steve Adragna, a Republican who declared his candidacy to unseat Kathy Tran in the House of Delegates. Fairfax Republicans said they expected to nominate a candidate shortly, anticipating that others might also seek to run against Tran.

With the controversy over late term abortions not going away any time soon, leaders expected the outpouring of momentum to continue through November.

Already, many of the same groups have signed on to a citizen-organized rally in Richmond next Thursday, February 7th, from 10:00 AM to 1:00 PM outside the state capitol. 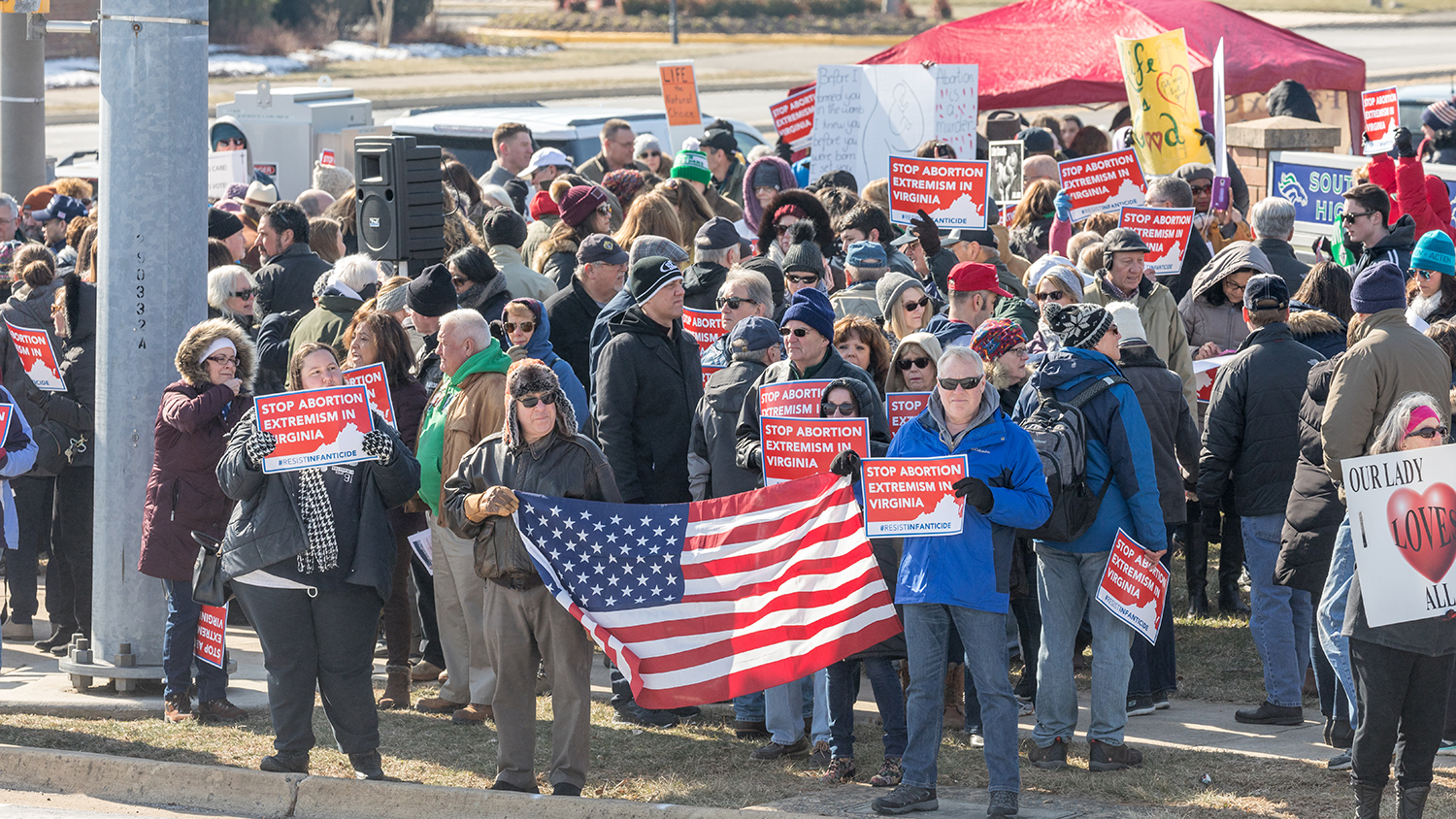 The rally’s crowd was estimated in excess of 750, overflowing one corner of the intersection, leaving many to listen from across the street. 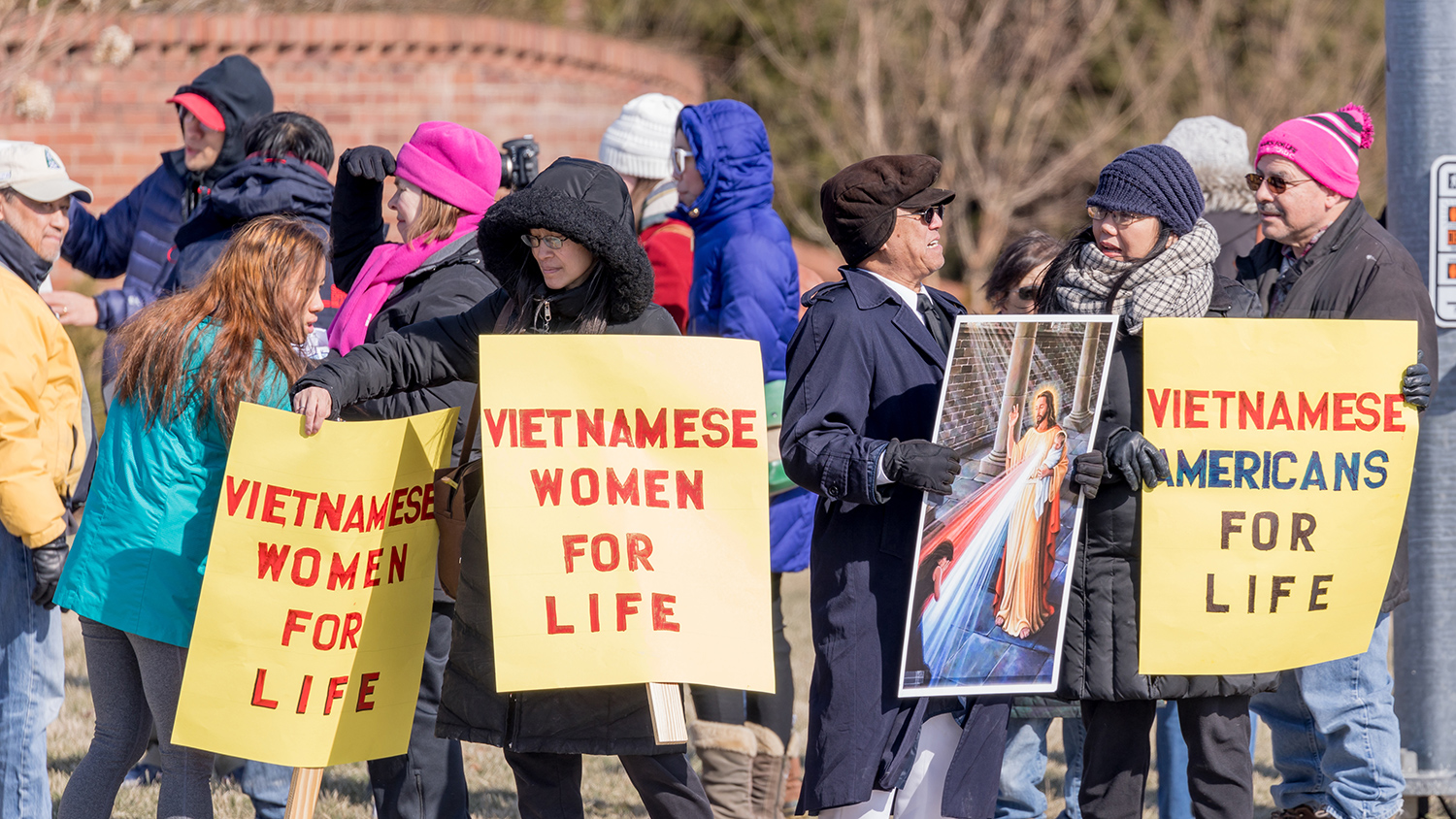 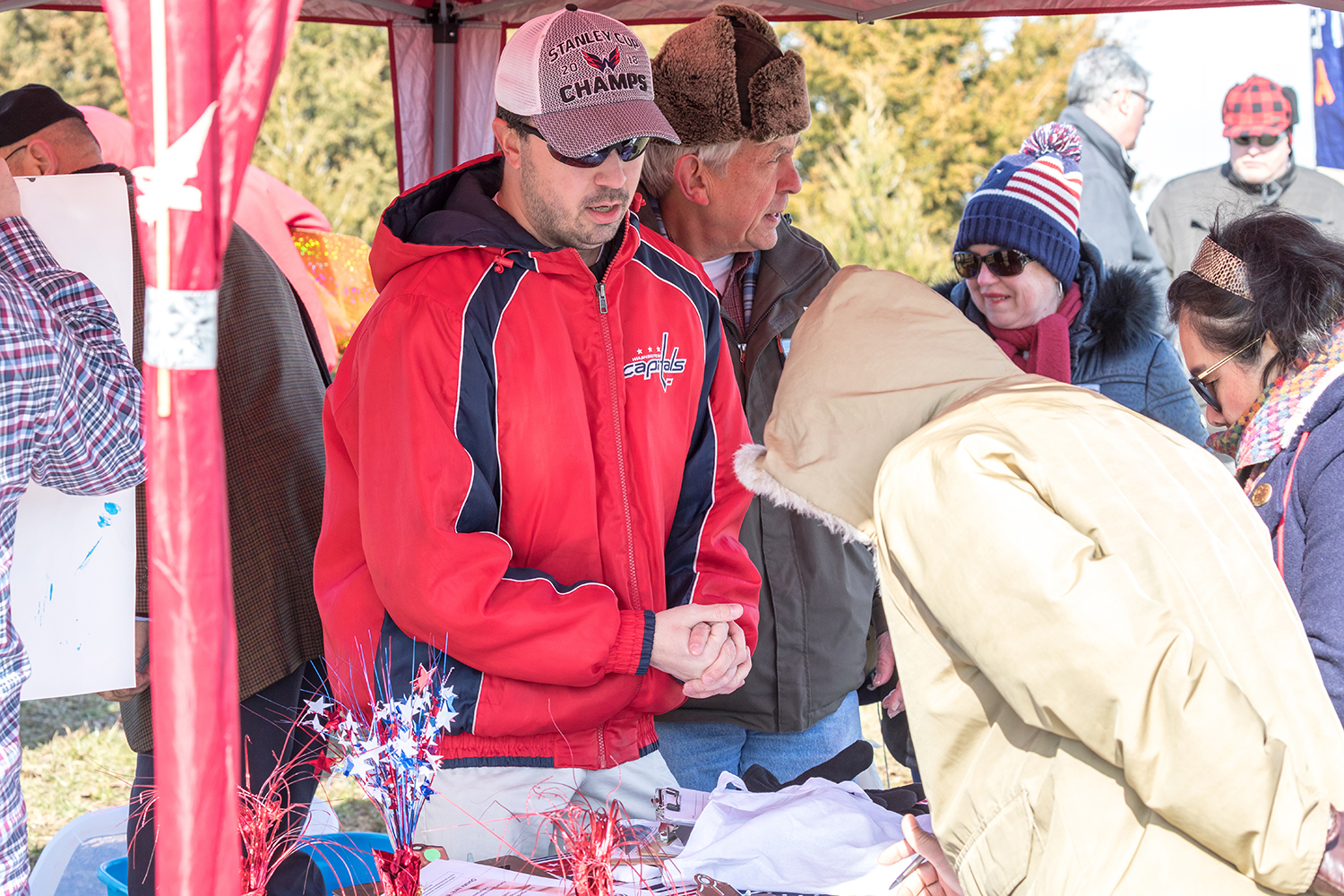 The Fairfax County Republican Committee set up a tent to sign up new members and register voters. 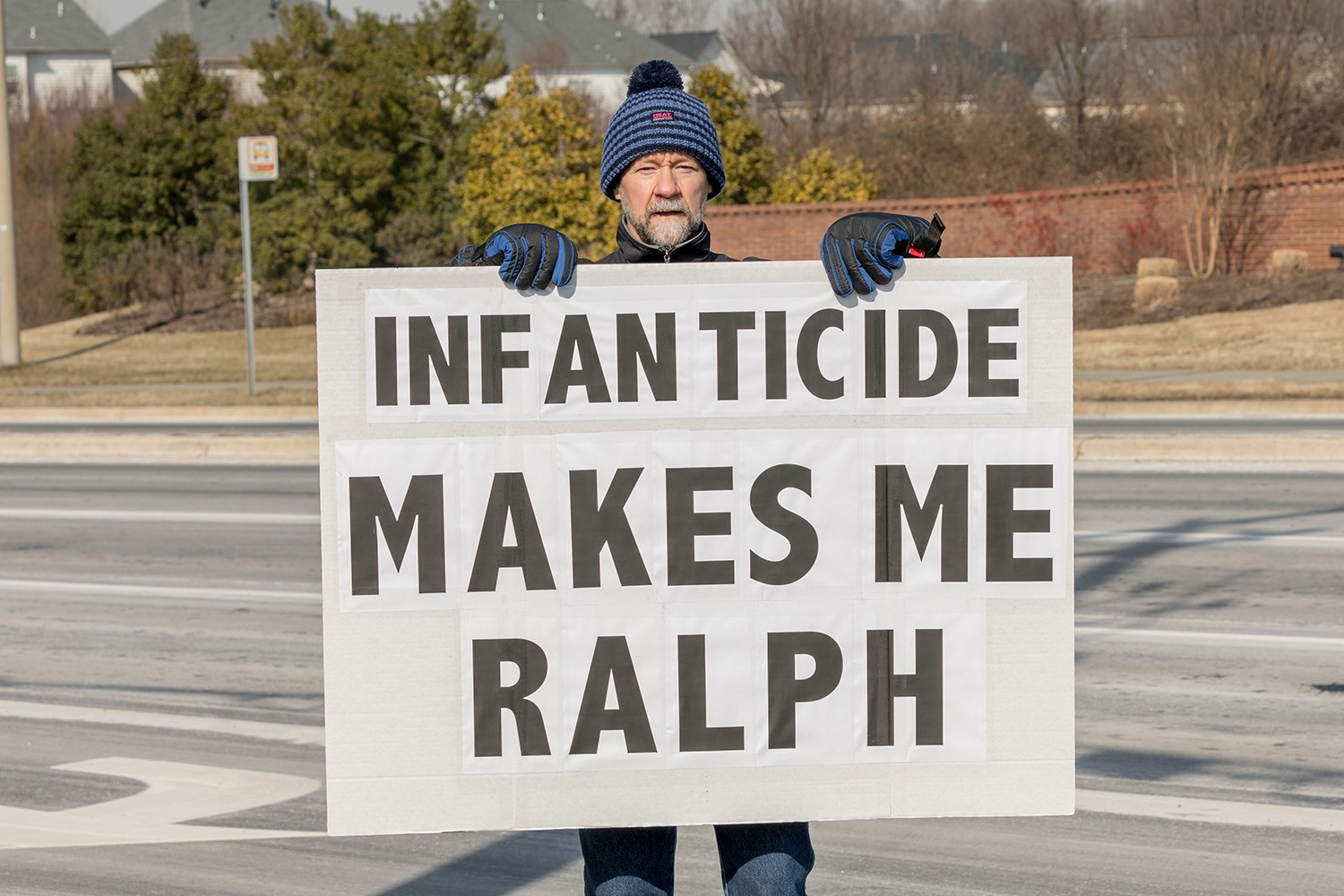 One protestor had a very strong message for Governor Ralph Northam, who supported the late term abortion bill. 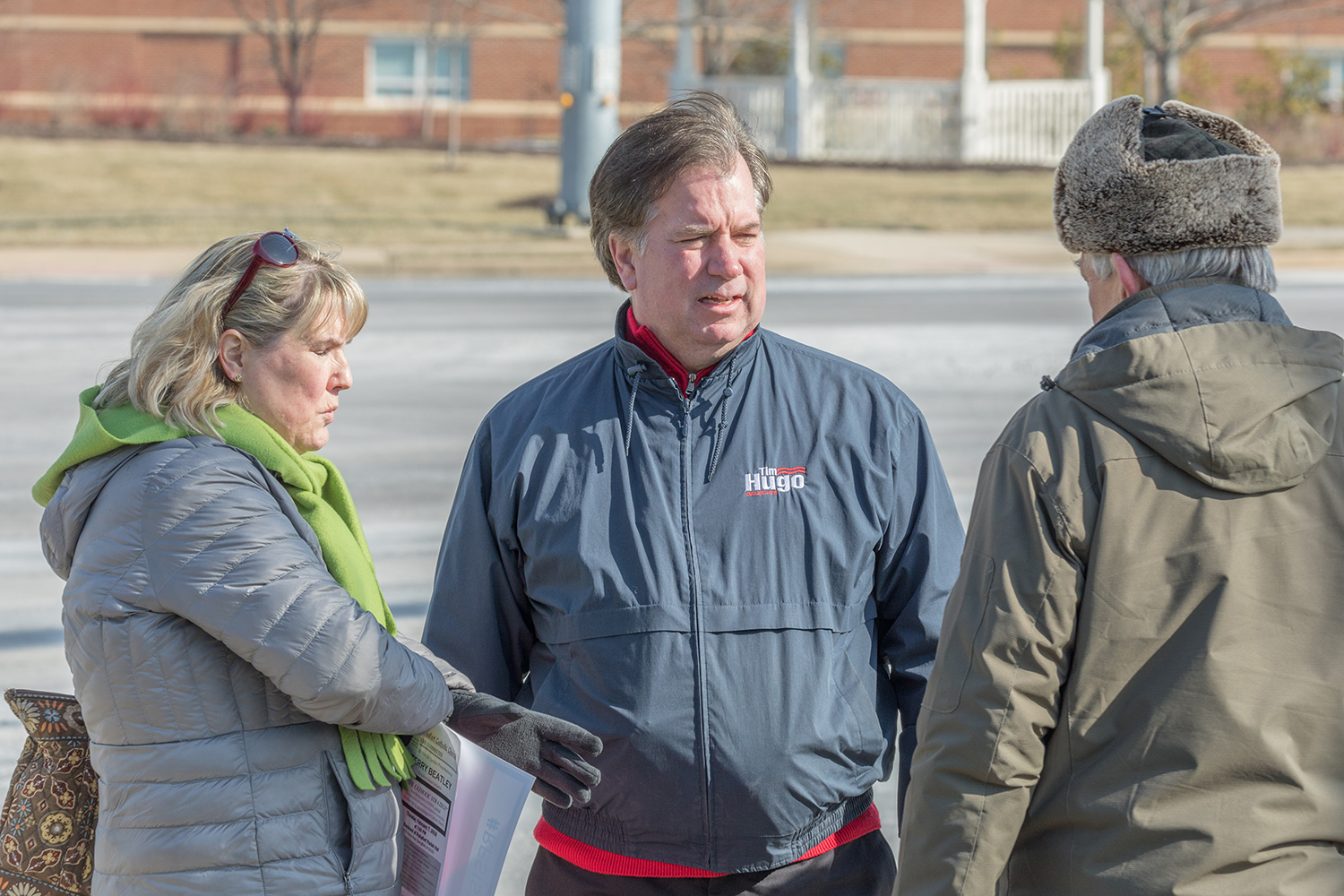 Delegate Tim Hugo (R-Clifton) spoke with voters at the rally. 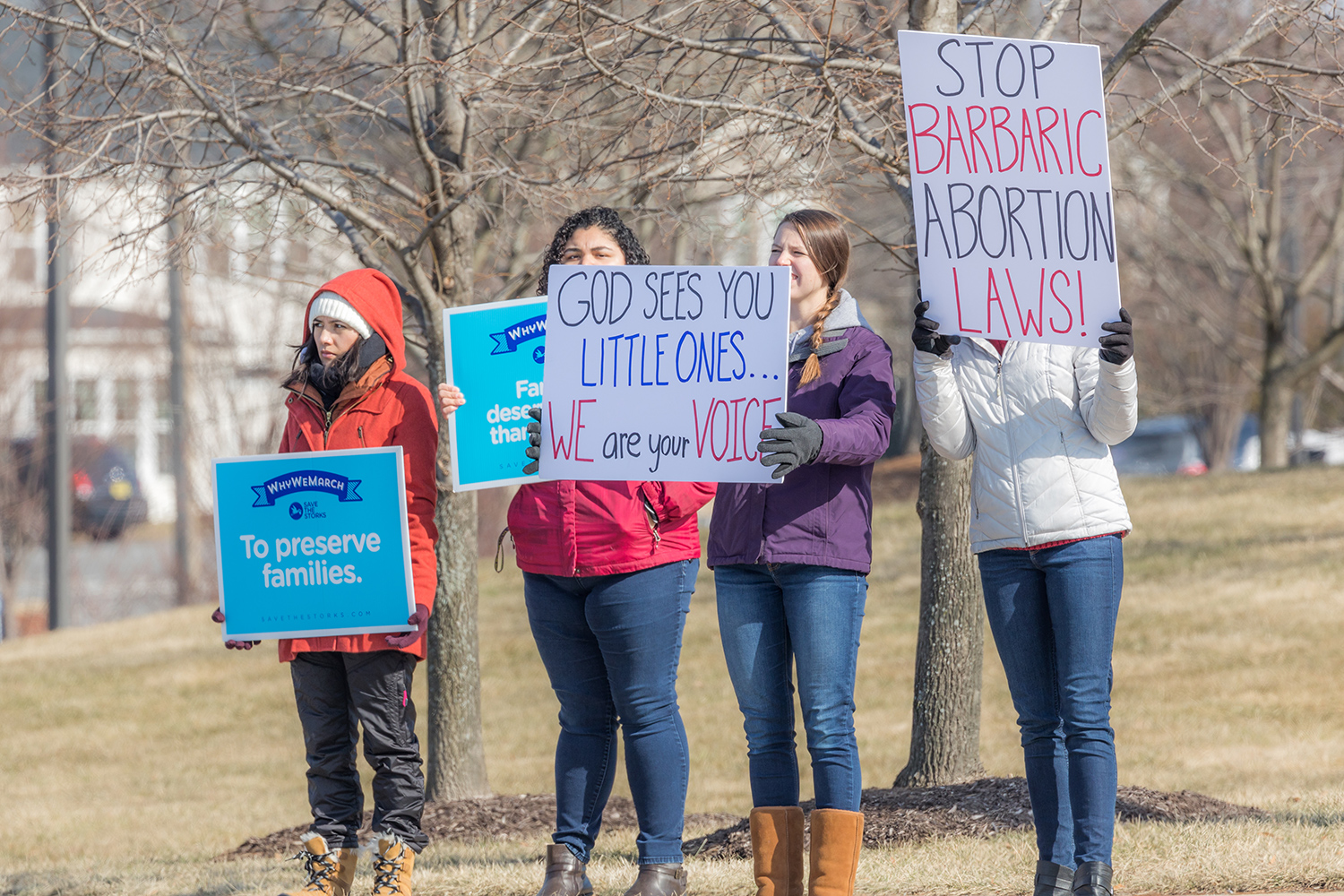 The rally drew many students opposed to the legislation. 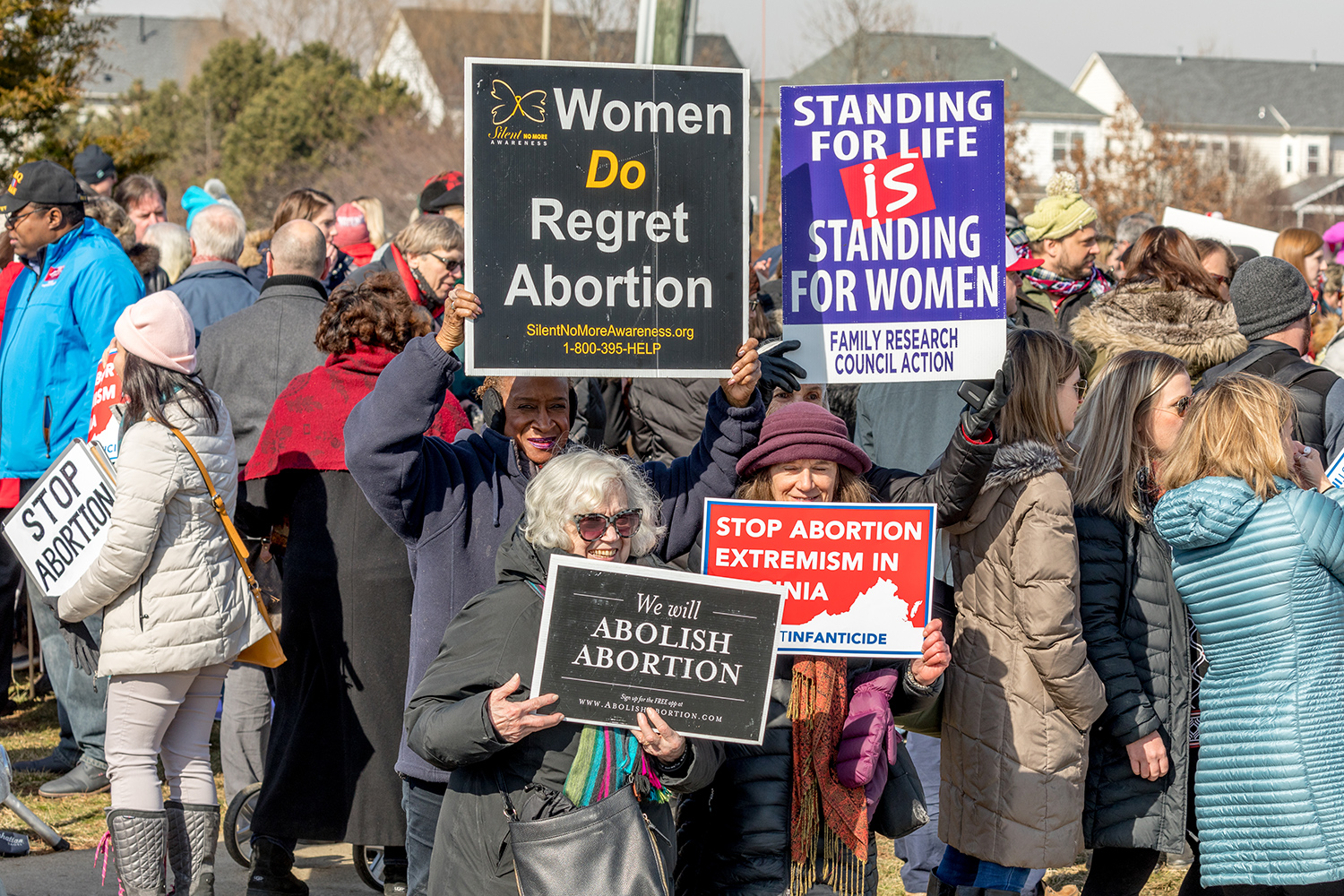 Women made up the majority of protestors at the rally. 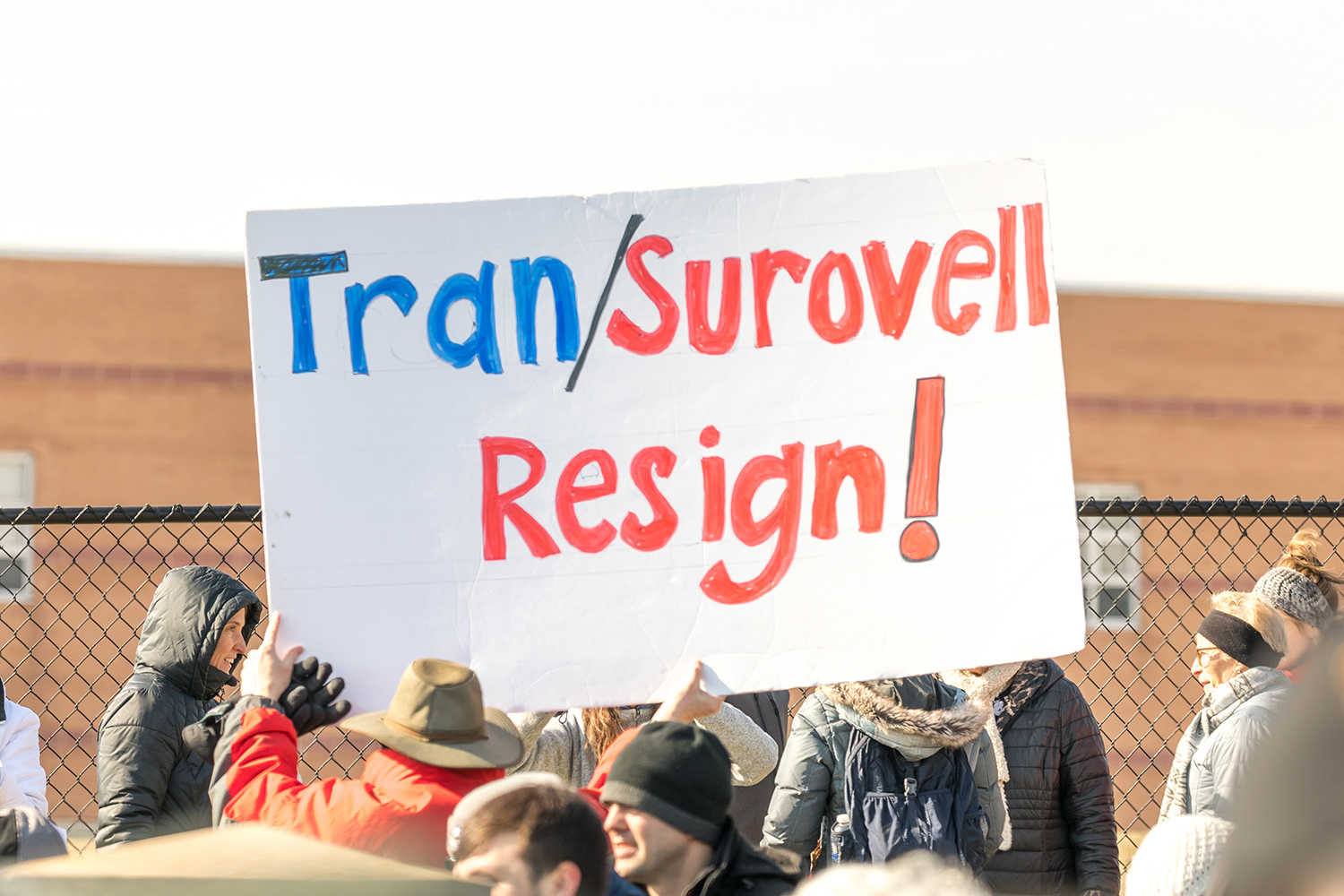 Protestors called for the resignation of lawmakers who supported the failed abortion bill.