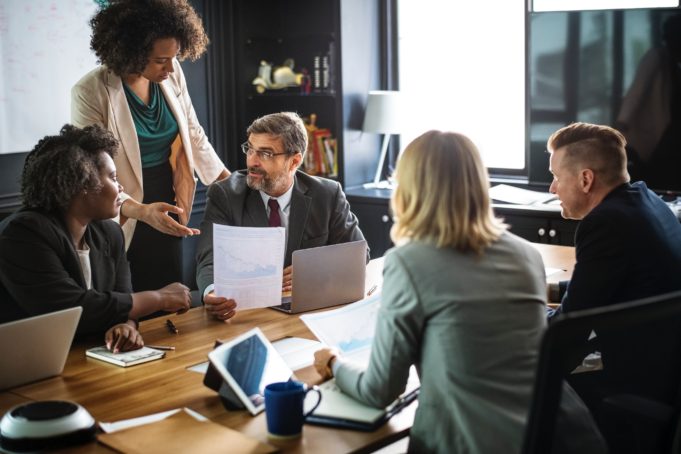 The October jobs report released this morning showed another booming month of job creation in an economy that keeps growing following increased market confidence and deregulatory and tax-cutting measures from the Trump Administration. Despite the Federal Reserve claims of the U.S. economy of being on the edge of full employment, 250,000 new jobs were added last month, far ahead of the estimated 190,000 by many economic analysts. Since November 2016, non-farm payrolls have powered up by over 4.5 million.

Job creation was seen across all industries, with employment hitting a record high of 156,562,000, and increasing the employment-to-population ratio to 60.6 percent, the highest level since December 2008, according to a report from the U.S. Department of Labor. For the second consecutive month, the unemployment rate remains at 3.7 percent, the lowest rate since December 1969.

Some of the biggest sector gains in October were in healthcare, adding 36,000. Manufacturing contributed 32,000, construction increased by 30,000, while transportation and warehousing jumped by 42,000, respectively. Furthermore, leisure and hospitality was a strong contributor, with 42,000 new positions after remaining unchanged in September, presumably due to Hurricane Florence, the government report said.

“Parts of the United States continue to recover from devastation caused by Hurricane Florence and Hurricane Michael. The Department of Labor is working closely with impacted states to help dislocated workers get back to work as quickly as possible,” said Labor Secretary Alexander Acosta.

Professional and business services also increased by 35,000, bringing its single-year total gain to 516,000, with mining adding 5,000.

Although the news is good on the job creation front, the bigger story is with wage growth, which has languished in the years since the Great Recession of 2008. Average hourly earnings increased by five cents an hour for the month and 83 cents year over year, representing a 3.1 percent gain.

The average work week, a closely watched metric, increased by 0.1 hours to 34.5 hours.

In a press release, Secretary Acosta remarked, “Over the past year, we have had the largest increase in average hourly earnings since 2009. It is encouraging to see that Americans are seeing more in their paychecks as job creators compete for the best talent in the workforce.”

For the third financial quarter, the Gross Domestic Product (GDP) came in at a healthy 3.5 percent. The Federal Reserve of Atlanta’s GDPNow Model Estimate predicts economic growth in the last fiscal quarter at 2.9 percent, currently.

The Conference Board’s Consumer Confidence Index increased again in October, following a modest improvement in September, standing at 137.9 (1985 = 100), up from 135.3 in September. This is the highest reported level since September 2000.

The Board’s Senior Director of Economic Indicators Lynn Franco said, “Consumers’ assessment of present-day conditions remains quite positive, primarily due to strong employment growth…suggesting that consumers do not foresee the economy losing steam anytime soon. Rather, they expect the strong pace of growth to carry over into early 2019.”

The White House has also pledged to provide more than 6 million educational and training opportunities across the country. A press release states, “The American economy is roaring back to life and offering workers more and more opportunities that require new skills and training.” Currently, there are a record 7.1 million job openings in the U.S.

As wages begin to make their long-awaited rise, the U.S. central bank, which has increased its benchmark interest rate three times this year, is on track to institute a fourth quarter-point hike in December in an attempt to stay ahead of inflation.