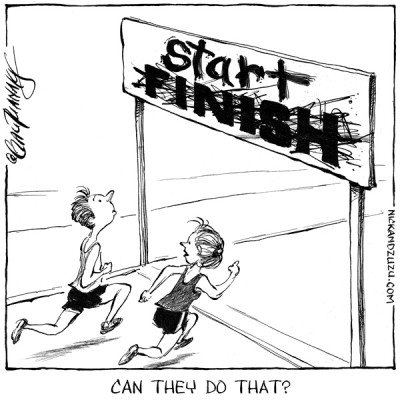 Next time Democrats chant “Count every vote,” laugh in their faces and ask, “Don’t you mean only count Democrat votes?”

Republican Del. David Yancey won the 94th District House of Delegates race on Election Day.  Losing Democrat Shelly Simonds called for a recount, and the race was certified as a tie, as reported in TRS.

State law says that means we head to a tiebreaker drawing, but that’s not good enough for Simonds.

Out come the Democrat lawyers who filed a “motion to reconsider” to the judges who certified the recount and asking them to eliminate one Republican vote so their Democrat could be named the winner without having to break the tie by lot.

Yes, Virginia, Democrats are suing to get judges to throw out a voter’s cast ballot so they can win.

This puts Democrats in an awkward position, with the party split in the House of Delegates so closely divided.  The “Count Every Vote” Democrats are willing to delete a vote in a quest for the power of the Speakership, or at least shared leadership.

It’s hard to count how many times Simonds has failed to win state office, but it’s at least four times now. She failed in 2015, she failed in 2016, she failed on November 7th and she didn’t win the recount.  Her attempt to get the judges to change the vote total to make her the winner would be the fifth failed attempt for Simonds if it is unsuccessful.

In that case, the sixth time may be the charm as the drawing to break the current tie would be held.  It was postponed this past week because of her legal filing to cancel out a Republican vote.

The loser of the tiebreak has the option and right to another recount, so if Yancey’s name is drawn, I think we can expect try #7 from Simonds, and that’s not even considering further legal actions that may be in the offing.

Of course, they wouldn’t be Democrats if they didn’t have a protest.

A few dozen sign wavers were joined by Newport News Vice Mayor Tina Vick, who news reports say was calling for a new election (contrary to state law, which elected officials are usually expected to uphold) and holding a sign accusing a judge of corruption.

Where are all the Democrats who wanted to impeach elected officials for judicial accusations?

So without a winner determined in the 94th District, the State Board of Elections is waiting for some signal from the judges who certified the recount that they will or will not take some action.  They could reject the complaint, or set a date to hear arguments, or possibly claim that the temporary “court” for certifying the recount is no longer active and the certification is final.

Surely some Democrats must be apprehensive about potentially winning an election by getting judges to throw out votes, but apparently enough are fine with it as long as it means they win.

One thing no one’s talking about.  Libertarian Michael Bartley got 675 votes to come in a distant third place in the 94th, not enough to have a prayer of even coming close to winning, but more than enough to possibly throw the House majority to the Democrats.