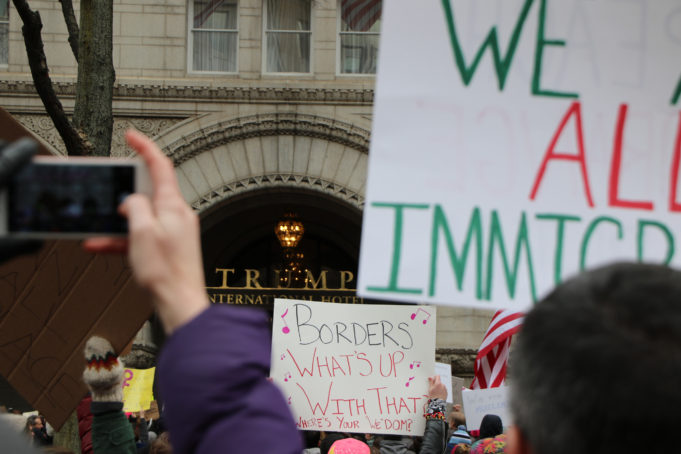 As the contention over immigration enforcement grows thicker, Democrats now have a new campaign message: abolish ICE. This weekend, thousands of people across the country are taking to the streets to protest the separation of families at the Southern border.

For the past few days, activists and elected officials have been pulling out the harsh rhetoric and protesting in front of immigration agencies in major cities. As resistance to the President has become a major agenda item for Democrats, progressive activism on the immigration front will be added as one of the top election issues going into the 2018 midterms scheduled for November.

The message is also being echoed by several Democrats on the 2020 presidential short list, seeking to gain progressive credentials by cashing in on the immigration resistance sentiment. Senator Kirsten Gillibrand (D-NY) said a recent rally at Immigration and Customs and Enforcement (ICE) has, “become a deportation force,” rather than ensuring anyone can gain access to the U.S.

“You should get rid of it, start over, reimagine it and build something that actually works,” she said in a report from Yahoo News.

Her comments follow similar rhetoric expressed by Senator Kamala Harris (D-CA), who claims the federal government “maybe” or “probably” should “start from scratch” on an immigration enforcement agency. Of course, actual ideas are usually not a big deal with progressives as campaigning on compassion and emotional issues have become the main tactics for Democrats seeking office.

2016 presidential contender Senator Bernie Sanders (I-VT) has had more restrained thoughts on ICE. Sanders does not think the agency should be done away with, but he has noted frequently his “no” vote in 2002 that replaced the Immigration and Naturalization Service (INS) with the current agency following the terrorist attacks on September 11 of the previous year.

The calls from Democrats could backfire on them as 10 of their party’s senators are seeking re-election in states that Trump carried in 2016, where the conservative side on immigration holds the upper hand. Though, for the long list of potential candidates for Democrats in the 2020 presidential election, a call to abolish ICE will most likely be favorable as many top contenders are running further left to stand out from the crowd.