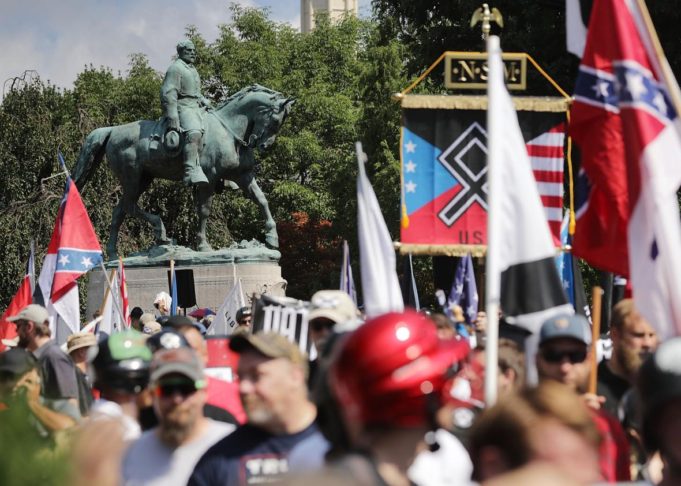 Shortly after I completed my draft of Abortion and Potentiality, I was horrified to hear about the evil and wholesale display of depravity in Charlottesville, VA. I almost removed my post from publication in light of that event, but I’m glad I didn’t.

In that post, I warned of the dangers of Elizabeth Harman’s philosophy – that subjective potentiality (what I think a person might become) is the basis for moral validity, and therefore the right to exist. While she used it to defend the abortion of embryos (beings with no moral value), I reasoned that any person could extend that philosophy to argue for the non-existence of another based on his or her idea of subjective potentiality – and in a terrifying way.

Little did I know that claim would be vindicated less than 12 hours after publication.

Andrew Anglin, the owner and proprietor of the flagship website of white supremacists (I won’t link to it, or even identify its name), disgustingly defended the actions at Charlottesville; and then, in what can only be explained as a superabundance of degeneracy, Mr. Anglin attempted to justify the murder of Heather Heyer by James Fields.

His rationale, like Harman’s, is based on subjective potentiality. I don’t even want to quote the words because they are so wicked, but Anglin’s justification goes like this: The victim was an overweight female with no children, and was therefore an economic net-negative on society, and would cost society a fortune over the next several decades. Here I will quote Anglin, only because I must: “[Heyer] is a burden on society and has no value.”

Sound familiar? It’s disgusting, but it’s no different than Harman’s argument that an embryo – because of subjective potentiality – has no value. Moral value for Harman is dependent on the existential ability to self-authenticate, to determine one’s own potential. Moral value for Anglin is dependent on the economic ability to self-sustain, to determine one’s own potential.

What Anglin and Harman share – wait, before I finish this thought, I am in no way morally equating Harman’s abstract theories and the very real evil actions of James Field — is a neglect of the embryo’s and Heather’s being, not their becoming, and why a human person’s being in and of itself confers moral value. This is not Heidegger’s dasein, but essence and soul.

Whether one accepts the ultimate ontological value of our being created by God and in His image, or whether one simply acknowledges that humans are a distinct classification of things in which all share a unique spectrum of genomic variation, each perspective admits essential value that precedes existential validity.

This is value in objective actuality, not subjective potentiality.