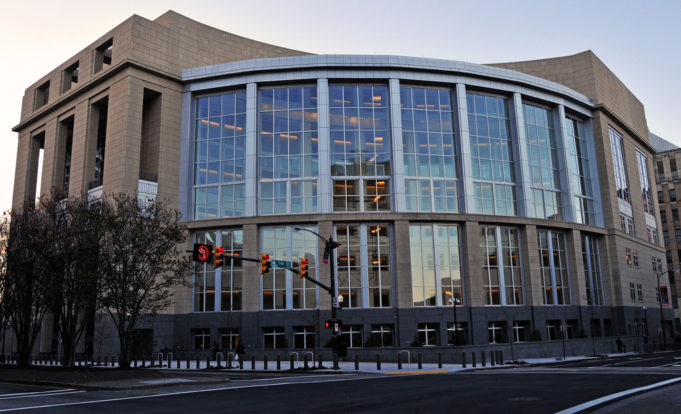 So far, President Donald Trump has had 26 appellate court judges and 26 district court judges confirmed during his first term in the White House. As the Trump Administration rolls out a new slate of judicial nominees, the President has picked Allison Jones Rushing to join the U.S. Court of Appeals for the Fourth Circuit, based in Richmond, Virginia.

The 36-year-old partner at Williams & Connolly LLP in Washington, D.C., was named Monday. Currently, her practice focuses on appellate and constitutional issues, as well as regulatory challenges.

As stated by The National Law Journal, she previously clerked for former Chief Judge David Sentelle on the D.C. Circuit, U.S. Supreme Court Justice Clarence Thomas, as well as then-Tenth Circuit Court Judge Neil Gorsuch, who was Trump’s first pick to the Supreme Court to replace the departed Antonin Scalia.

According to her Williams & Connolly profile, Rushing is experienced in complex civil and criminal litigation in federal and state courts at the trial and appellate levels. A majority of her practice focuses on appellate matters, constitutional issues, and regulatory challenges. She has briefed multiple cases before the U.S. Supreme Court and the federal courts of appeals in a wide variety of substantive areas.

Some of her representative experience includes “securing unanimous affirmance on appeal of a complete defense judgment in a contract dispute concerning the secondary life insurance market. Winning reversal on appeal of an adverse jury verdict against a major bank in a FIRREA (Financial Institutions Reform, Recovery, and Enforcement Act) lawsuit.” Rushing won a “reversal on appeal of a client’s criminal conviction for securities fraud” and fraud involving the Troubled Asset Relief Program (TARP).

She also successfully defending a news program against allegations of libel in a four-week trial in federal district court.

“Legal 500 has praised Allison for her ‘excellent writing advocacy skills,'” Rushing’s profile states, “and Super Lawyers has recognized her as one of its ‘Rising Stars.'”