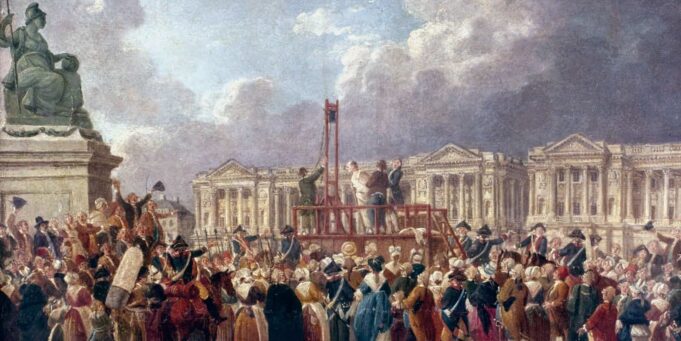 [Introduction: I have two immediate purposes in publishing this series: (1) to demonstrate to the reader the long, gradual influence socialism has and continues to have on our modern country; (2) to give the reader a way genuinely to understand the mindset of the socialist, and those who value collective progress over individual rights.]

As is so often the case in history, the “beginning” is not really the beginning. The idea of Socialism is as old as inequality itself, and the desire by the majority to exploit the minority is as old as democracy. It may be said, concerning individual wealth, that the desire for exploitation necessarily leads to the Socialism — especially when private property is rendered an abstract notion, merely theoretical, or simply too inconvenient an obstacle for a mass of people. A mass of people who determine value by quantity rather than quality, by numbers rather than by production, by need rather than by contribution; in short, a people who determine value by presence rather than by profit.

Indeed, in the 18th-century United States, the traditional Protestant theology of predestination, which argued that inequalities of outcome are not just inevitable but foreordained, had begun to give way to a doctrine of Socinianism. The Congregationalists in New England, the Anglicans in the South, and the Presbyterians in the West, were joined by Unitarianism and Quakerism, which argued against the foundational Reformation principles of sola scriptura, sola fide, sola gratia, solus Christus, and soli Deo Gloria.[1]

A literal hermeneutic now had to compete with a figurative hermeneutic; the specifics of scripture were subordinated to the inferred “general principles” of God’s word (by men who would conveniently neglect specifics that contradicted their conclusions in order to arrive at their own general principles). Deductive reasoning — which necessarily rests on a premise external from identity[2] — began to be replaced with inductive reasoning.

As inductive reason became de rigueur, especially in the salons of France, universal deductive premises fell from favor. The presupposition of Biblical human depravity was slowly replaced by the extra-Biblical ideal that men can not only improve themselves, but can take measures to improve their neighbors. Society was a machine in itself, to be tinkered with, fueled, and driven; it was no longer simply a mechanism of order and protection.

The Industrial Revolution grew in Great Britain and the United States, and the inequalities of wealth were magnified, both in fact and especially in perception. The Market Revolution – through increased and accelerated connectivity – brought with it new wealth and new envy. And as capitalism increased the means for protecting a sustainable life, so did the population begin to grow in geometric proportion, rather than an arithmetic one. Thomas Malthus predicted a catastrophe: that the supply of people would outgrow the supply of food. Many interpreted this to mean that the easiest solution was through human engineering, rather than agricultural engineering.

So when Robert Owen, the father of American Socialism, entered the scene in 1817 – one year before the birth of Karl Marx – the roots of modern socialism were well in place: The idea that the government could regulate both the production and participation of labor; the idea that collective progress is more important than individual rights; the idea that society is an authority per se, and that human nature is both an open system and a progressive venture that defies the entropic death of generational order.

A sense of purpose arose from an invigorated strife for equality in the 19th century; but while there was nothing new about this purpose, there was an increased desire. The French experimented with an immediate implementation of egalitarianism, which resulted in a bloody and horrifying revolution. At its outset many denominations in the United States praised the French Revolution, with its overthrow of both hereditary monarchy and Papism, as a step toward Christ’s kingdom on earth. Even near the French Revolution’s end, John Adams noted that the Episcopalians (among the more conservative theologians) “had been carried away with the French revolution, and firmly believed that Bonaparte was the instrument of Providence to destroy the Pope and introduce the millennium.”[3] It quickly became apparent that Napoleon was simply a monarch reborn, however, and the retrospective view of Jacobinism was decried throughout the world as a barbaric display of primitive human nature.

The egalitarians of the 19th century would reject the violent immediatism of the French Revolution, the defenestrating Bohemians, John Ball’s march on London, the diasporatic Jewish wars against the Romans, the plebeian Romans against the equites, and the Hellenistic Corcyraeans of the Peloponnesus. Instead, with the advent of mechanized production and the increased availability of consumer goods, the revolutionary swords were beaten into plowshares of progress, and a doctrine of gradual societal evolution manifested in education, in morals, and in politics.

[1] The five solae are, respectively, “by scripture alone,” “by faith alone,” “by grace alone,” “in Christ alone,” and “only to God’s glory,” are the ideals by which the Reformed live and practice their Christian life.

[2] E.g., in the deductive syllogism, “All men are mortal; Shaun Kenney is a man; therefore, Shaun Kenney is mortal,” presupposes necessarily that mortality applies universally to all men (a conclusion either reached inductive reasoning or revelation). This statement cannot be proven definitively (in the most exact sense). It is merely a statement that cannot be disproven by existing evidence. “All swans are white; there are swans in Australia; therefore Australian swans are white,” is a famous deductive argument — often mischaracterized as “fact” — that was disproven by new evidence to the contrary of the premise of the universal. Similarly, a non-mortal man would disprove — or falsify — the universal premise of “All men are mortal,” unless one accepts as tautology that men are, by definition, mortal. Inductive reasoning involves observing data points and drawing conclusions based on those data points. Examples: “Shaun Kenney is a man; Shaun Kenney has died; therefore all men die”; “That swan is white; that swan is also white; therefore, all swans are white”. Both are necessary for proper scientific inquiry; but prioritizing inductive logic over deductive logic led to social experimentation while rejecting historic universal presuppositions about human nature, like total depravity.

[3] John Adams to James Lloyd, Feb. 14, 1815. That man could introduce the millennium was a common eschatological notion that remained among 18th– and 19th-century congregations. The modern “premillennial” eschatology (e.g., Left Behind series), did not gain prevalence until the late-19th century, and grew especially with C. I. Scofield’s study Bible.