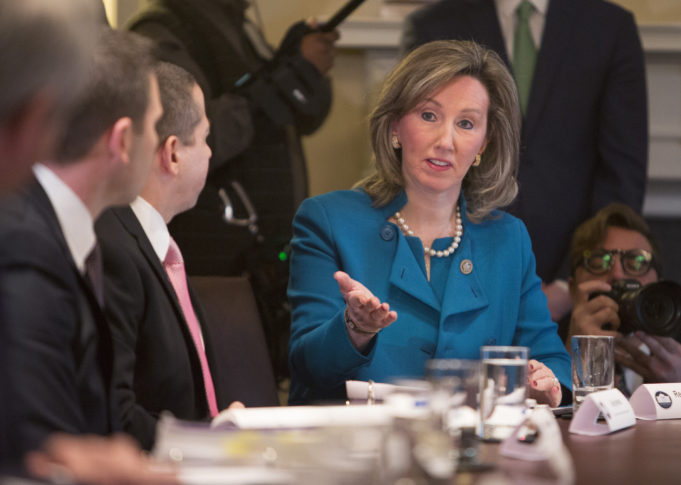 Over the past few years, there as been a rise in gang activity in Northern Virginia, in the neighborhoods surrounding the Washington, D.C. area. Fortunately, legislation has been passed to assist local law enforcement officials and government entities to curb the violence.

Sponsored by Congresswoman Barbara Comstock (VA-10), the Project Safe Neighborhoods Grant Program Authorization Act will establish a federal grant program to fund and provide resources to state and local agencies working to ward off gang violence, not only in Northern Virginia, but around the country. On Thursday, it passed through the House of Representatives with a strong 394-13-2 bipartisan vote, and now goes to President Donald Trump for his signature.

Within the bill, $50 million in annual grants will be authorized by Congress for fiscal years 2019 through 2021. Of the appropriated amounts, 30 percent will be sent directly to gang task forces that have already been established.

“Our communities need critical resources to battle violent transnational gangs like MS-13,” said Comstock via a press release. She explained that in her congressional district, the act will, “help provide regional gang task forces with the resources necessary to protect our children and neighbors from the criminal activity of dangerous gangs…”

The Northern Virginia Regional Gang Task Force is one of these already-established groups, which has experienced elevated transnational gang activity from gangs such as MS-13. The Task Force is comprised of 13 local, state, and federal law enforcement agencies that serve the areas around the Washington-metro area, to the rural region near the West Virginia border.

Comstock added that, “the best anti-gang method is a three-pronged approach: education, intervention/prevention, and enforcement.” This is the plan the Task Force has laid out to curb violence that has plagued the street and neighborhoods of her district.

In battling against dangerous gangs near the Washington area, the congresswoman said, “I have seen firsthand the good work that gang taskforces can do to remove the gang threats in our community. They are an important tool in crime prevention, and this legislation will make sure they have the tools they need to take on violent gangs like MS-13.”

Both members of Congress and local law enforcement officers have thanked Comstock for her work on the bill.

He explained that communities are in need of help to, “take down brutal transnational gangs like MS-13,” that have been terrorizing areas around the country.

“I commend Rep. Barbara Comstock (VA-10) for passing this bill, which takes a tough and smart approach to protecting our neighborhoods from violence,” McCarthy added.

Chuck Canterbury, National President of the Fraternal Order of Police, praised the passage of Comstock’s bill. Through a press release, Canterbury said, “In recent years, Project Safe Neighborhoods was not a priority and was not given the resources law enforcement needs to get the ‘worst of the worst’ off our streets.”

After the passage of the act, he added, “We believe our nation as a whole will be safer.”

Lanham was enthusiastic that his Task Force will now have “badly needed funding” that will go towards intervention, prevention, education, and suppression programs and efforts.

“Representative Comstock is intimately aware of the need to focus on these violent, predatory gangs. She is a long-time resident of Northern Virginia and knows first-hand the daunting task of curbing gang crime and violence. She has always been available to support the Task Force. I commend her for her continued support and leadership in returning funding to the Task Force,” he added.