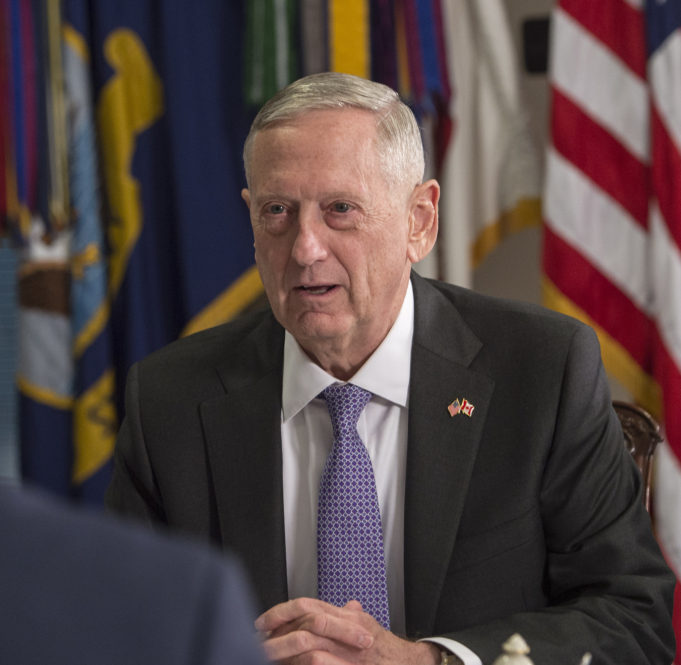 As shakeups continue in the White House, one who has been with President Donald Trump since his inauguration January 2017 will be leaving in early 2019. Defense Secretary Jim Mattis will be exiting the Trump Administration in late February, with a replacement to be named shortly.

Reportedly, Mattis has been overruled by Trump over the past few months on key military decisions, most recently with the state of U.S. involvement in Syria. On Tuesday, the commander-in-chief decided to “rapidly withdraw” all U.S. troops from the embattled country where civil war and proxy battles have consumed the region over the past five years.

According to some reports, Mattis, who argued that there needs to be additional U.S. troops in Syria, is allegedly stepping down because the president “deserves” a defense secretary whose “views are more in line with his.”

Though, the former Marine Corps general, NATO Supreme Allied Commander for Transformation, and Commander of United States Central Command (CENTCOM) will be remembered as a man seemingly above politics, dedicated to his job and his country. He also leaves behind a history of colorful nicknames over the course of his 44-year military career like “Mad Dog,” “Warrior Monk,” and his call sign during active service, “CHAOS.”

In the past, then-Major General Mattis was in charge of the entire First Marine Division during the invasion of Iraq in 2003, in which he commanded around 20,000 Marines. The general was also a key factor in some of the bloodiest battles of the war, the first and second Battles of Fallujah.

On Twitter, the President said about the general’s upcoming departure:

“General Jim Mattis will be retiring, with distinction, at the end of February, after having served my Administration as Secretary of Defense for the past two years. During Jim’s tenure, tremendous progress has been made, especially with respect to the purchase of new fighting….

….equipment. General Mattis was a great help to me in getting allies and other countries to pay their share of military obligations. A new Secretary of Defense will be named shortly. I greatly thank Jim for his service!”