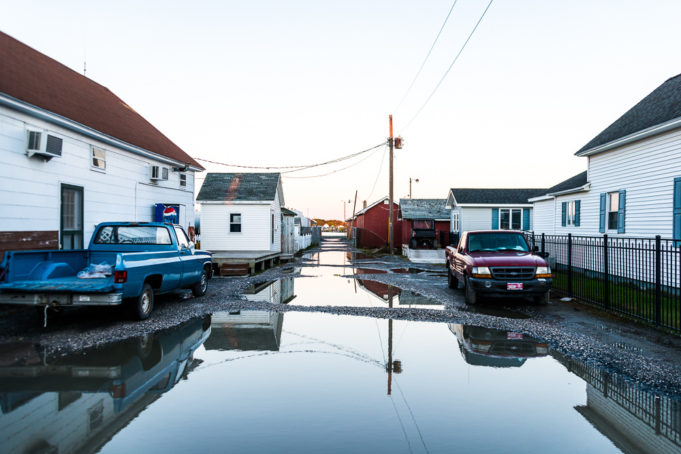 In a little over 10 years, million of dollars in property damage, the loss of hundreds of homes, and the displacement thousands of Virginia residents may occur in Hampton Roads due to sea level rise scenarios released in a new nationwide scientific report.

The report comes from the Union of Concerned Scientists, a nonprofit founded in 1969 that advocates for government solutions based in science. By using online property data to determine the areas most at risk of frequent tidal flooding, they found that by 2030, $838 million worth of Virginia residential properties may be at risk of being “chronically inundated” by high tides on the state’s eastern shore. This equates to flooding 26 or more times a year, even without storms.

Currently, around 6,000 people reside within the areas most threatened by rising sea levels. The flooding also threatens state revenue as around $8 million property taxes could be lost.

According to a report from The Virginian-Pilot, southern Hampton Roads accounts for $238 million of those properties, with 848 homes and 1,935 people living in them. The lost property taxes could exceed $3.6 million.

The report lists many coastal areas on the Eastern Seaboard as threatened by chronic inundation. Virginia officials believe the region’s water levels will rise by at least one foot by 2050. Therefore, every inch of sea level rise presents a dangerous situation for one of Virginia’s most densely-populated areas.

Florida International University biology professor and South Miami Mayor Philip Stoddard said in the report that as chronic inundation worsens in more communities people will begin to witness, “on the small scale, personal stories such as we see in Norfolk, Va., where people still owe money on their mortgages, their flooding houses are worthless, and they cannot afford flood insurance.”

Furthermore, the report notes that peripheral communities like the elderly and minorities are highly vulnerable from increased flooding. The scientists stated, “Elderly and marginalized households typically have fewer resources available for coping with challenges like flooding.”

When it comes to current property values and long term home insurance policies, future sea level rise is typically not an area of mention, which scientists say should be reflected in home values in coastal real estate markets.

“Unfortunately, in the years ahead many coastal communities will face declining property values as risk perceptions catch up with reality, said Rachel Cleetus, an economist and policy director with the organization and co-author of the report. “In contrast with previous housing market crashes, values of properties chronically inundated due to sea level rise are unlikely to recover and will only continue to go further underwater, literally and figuratively,” she added.

Researchers say continued building in vulnerable places is partly to blame, which is soon to cause the real estate market to face a “tipping point.”

Scientists from the National Aeronautical and Space Administration (NASA), using historic climate models and current greenhouse gas emissions reports, are projecting global sea level rise by the year 2100 ranging from around one foot, to almost seven feet. By the highest metric, nearly 115,000 worth $30 billion could be devastated in Virginia.