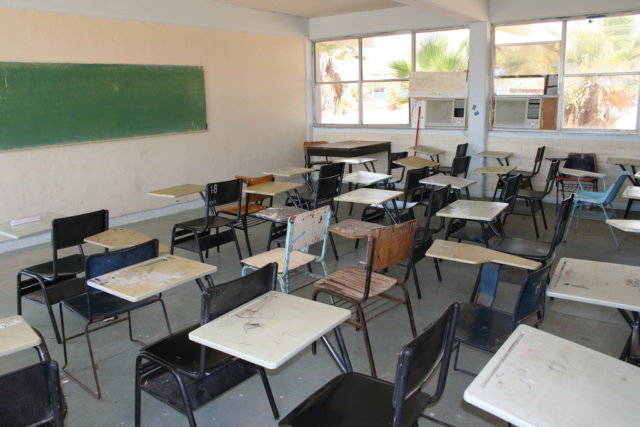 Virginia State Senator Mark Obenshain (R-26) has put forth a bill in the General Assembly that will make creating a charter school a more viable option for parents when choosing the education path for their children. It is National School Choice Week which was spawned awareness throughout the country about the various educational options for K-12 students.

According to Senator Obenshain, the laws on the books in the commonwealth make creating charter schools an arduous enterprise. In Virginia, 88 public K-12 schools have been denied accreditation by the Board of Education, 19 of which of are located in Richmond. Students do not have the available options to pursue a strong education in areas where the school offered to them via their zip code is failing.

Senate Bill 516 authorizes the Board of Education to institute regional charter school divisions throughout Virginia. It is stated in the bill that the division will contain, “at least two but not more than three existing school divisions in regions in which each underlying school division has (i) an enrollment of more than 3,000 students and (ii) one or more schools that have accreditation denied status for two out of the past three years.”

Furthermore, S.B. 516 will create an eight-member school board to oversee the regional charter school divisions and to approve public charter school applications with potential students. The bill also requires that Virginia must ensure the “Standards of Quality per pupil” for funding in the charter school districts.

In a report from WHSV, Obenshain said, “In areas where schools are under-performing, giving parents an option and the ability to pick an innovative school to get their kids into, I think is an important right and alternative that ought to be available.”

If the bill is approved by the Republican-majority Education Committee, charter school divisions will be created in areas of Virginia that can approve their applications via the new regional school boards instead of having to rely only on local school boards to approve their validity. “We ought not decide the quality of education our children are getting by their zip code and this is an important way to level the playing field and provide a world class education irrespective of where you live in Virginia,” said Obenshain.

Last year, a similar bill was voted by former Democratic Governor Terry McAuliffe. Considering is right-hand man Ralph Northam now fills his vacant seat, there may be an unsure future for the bill.