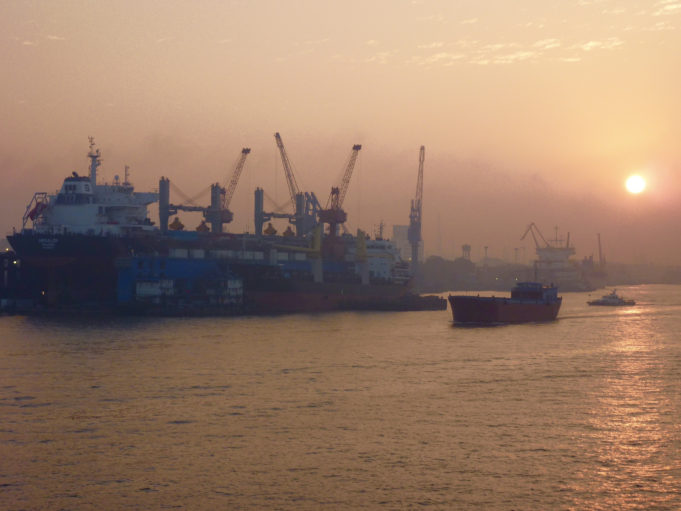 As tariffs between the U.S. and global trading partners add up, China has announced they are preparing to institute retaliatory duties on approximately $60 billion worth of American products. Four lists of U.S. goods are on the table to be hit with tariffs, each with a range in rates between five and 25 percent, according to a press release from China’s Ministry of Commerce (MOC). Most of the products are agricultural like pork, beef, tobacco, and whiskey, but others include everything from dog food, to chemicals, to cars.

The announcement comes after President Donald Trump is considering raising proposed tariffs on $200 billion of Chinese goods to 25 percent from the current 10 percent rate. The Trump Administration is using the effort to force Beijing to cease unfair market and trade practices and come to terms in an new international trade deal.

CNBC reports, “The implementation date of the taxation measures will be subject to the actions of the US, and China reserves the right to continue to introduce other countermeasures,” a release from Beijing said. “Any unilateral threat or blackmail will only lead to intensification of conflicts and damage to the interests of all parties.”

According to a translation of a statement made by a spokesman from the MOC, China intends to use economic countermeasures to the Administration’s practices:

“Recently, on the basis of the announcement of the 10% tariff list for China’s $200 billion exported to the United States, the US has proposed raising the tax rate from 10% to 25%. In this regard, China has decided to impose tariffs on the approximately 60 billion US dollars of products imported from the United States in accordance with the four different tax rates. China’s differential tax rate counter-measures are rational and restrained. They are put forward after extensively listening to opinions and carefully assessing the impact, especially taking into account factors such as the welfare of the people, the endurance of the enterprise, and the maintenance of the global industrial chain. The implementation date of the taxation measures will be subject to the actions of the US, and China reserves the right to continue to introduce other countermeasures. China always believes that consultation on the basis of mutual respect, equality and mutual benefit is an effective way to resolve trade differences. Any unilateral threat or blackmail will only lead to intensification of conflicts and damage to the interests of all parties.

The Chinese side once again stressed that because the US side has repeatedly escalated the situation despite the interests of both enterprises and consumers, China has to take necessary counter-measures to defend the country’s dignity and the interests of the people, defend free trade and the multilateral system, and defend the common interests of all countries in the world.”

Following the statement, White House Press Secretary Sarah Huckabee Sanders said, “Instead of retaliating, China should address the longstanding concerns about its unfair trading practices, many of which are laid out in USTRs 301 report.”

The Office of the United States Trade Representative (USTR) released a report in April identifying global trading partners that “do not adequately or effectively protect and enforce intellectual property (IP) rights or otherwise deny market access to U.S. innovators and creators that rely on protection of their IP rights,” as stated in a news release. China is on the “Priority Watch List” for the 14th consecutive year in regards to its “coercive technology transfer practices,” which include impeding the enforcement of global IP laws, “trade secret theft, rampant online piracy, and counterfeit manufacturing.”

There is, however, domestic backlash over the U.S.-China tariff tiff.

In an attempt to “hermetically seal” off Chicago from the impact of the trade dispute, Chicago Mayor Rahm Emanuel visited with Chinese officials in Beijing recently to salvage business deals threatened by a potential trade war. Emanuel met with Beijing’s head of MOC and Vice President Wang Qishan to lock in a $1.3 billion deal for a Chinese company to assemble rail cars in Chicago.

“We don’t want our relationships to be influenced by the winds of where the trade and tariff battles are,” Emanuel said in a report from the Chicago Sun Times.

Tensions between the U.S. and China are likely to worsen before they improve. As more tariffs are slapped on trade, the duties will harm China quicker as the country exports more to the U.S. than the U.S. exports to China. However, Beijing does have more creative ways to inflict hurt on the U.S. economy.

“I think the situation is more like pro wrestling, right, where the big guys go at each other,” said Joachim Fels, global economic advisor at Pimco, as reported by CNBC. “They issue threats but they don’t really want to hurt each other.”

“The U.S. administration wants a deal, but the problem in this, as in pro wrestling, is sometimes people get really hurt,” he explained.

After China hit dozens of American agricultural products with tariffs, the Trump Administration announced a $12 billion bailout to farmers in effort to salvage sentiment in key electoral states. As many have asked following the development, considering tariffs have been levied on a wide range of U.S. exports, are bailouts coming for other industries?