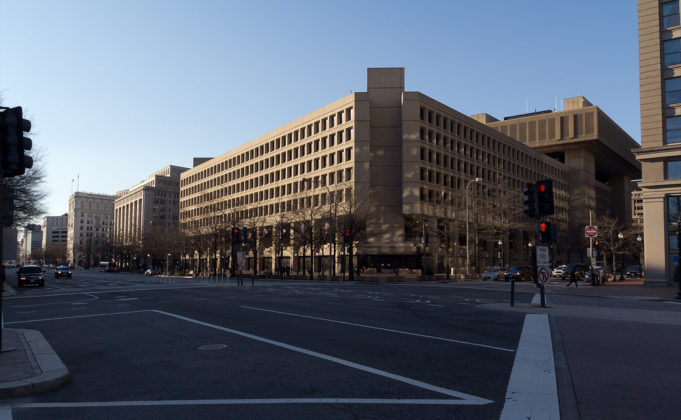 Although President Donald Trump has been complaining that Inspector General Michael Horowitz is “taking so long” on his final report for the Hillary Clinton probe, he may begin to praise the inspector general as he has found a few wrongdoings. The internal watchdog at the Department of Justice (DOJ) has found that James Comey, former director of the Federal Bureau of Investigation (FBI), defied the authority of his office.

Since the beginning of the probe, the report was expected by many to simply chastise Comey for his handling of the Clinton investigation. However, ABC News reports that the draft report from Horowitz refers to Comey’s behavior at the FBI as “insubordinate,” contrary to what Comey wishes people to believe as he touts his book tour to promote a new generation of effective leaders.

The draft of Horowitz’s wide-ranging report has specifically called out Comey for ignoring objections from the DOJ when he disclosed in a letter to Congress just days before the 2016 presidential election that FBI agents had reopened the Clinton probe. Immediately after Trump’s victory, Clinton said the re-investigation doomed her campaign.

Though, before Comey sent the letter to Washington lawmakers, one senior DOJ official told the FBI that publicizing the bombshell development just days before the presidential election would “violate longstanding department policy,” ignoring federal guidelines prohibiting the disclosure of information related to an ongoing investigation, according to the report.

In April, anchor George Stephanopoulos asked Comey during an interview: “If Attorney General Lynch had ordered you not to send the letter, would you have sent it?”

“No,” Comey responded. “I believe in the chain of command.”

Nevertheless, when Trump fired Comey in 2017, Deputy Attorney General Rod Rosenstein backed the move and condemned Comey’s letter to Congress. Rosenstein said it “was wrong” for Comey “to usurp the Attorney General’s authority” when he announced in July 2016 that the FBI would not be filing charges against Clinton or her aides over the State Department email scandal.

“It is not the function of the Director to make such an announcement,” Rosenstein said in a letter to Trump recommending Comey be fired. “At most, the Director should have said the FBI had completed its investigation and presented its findings to federal prosecutors.”

Horowitz’s report cites the former FBI director with failing to consult with Lynch’s DOJ before announcing on national television that there was no “clear evidence” that Clinton “intended to violate” the law. Comey only insisted that Clinton, while heading the State Department, was “extremely careless” in her “handling of very sensitive, highly classified information.”

On July 5, 2016, Comey alluded to the insubordination when he said, “I have not coordinated or reviewed this statement in any way with the Department of Justice or any other part of the government. They do not know what I am about to say.” His statement shows the usurpation listed in the inspector general draft report.

By that time, Lynch had met with former President Bill Clinton on the tarmac at an airport to secretly discuss the case, sparking questions of department impartiality. After the meeting, Lynch haphazardly announced that she would not recuse herself from the matter but would “fully expect to accept” whatever recommendation the FBI made.

Comey has defended his decisions while director of the bureau, insisting he was trying to “protect the FBI” from even further criticism and “didn’t see that I had a choice.”

“The honest answer is I screwed up a couple of things, but…I think given what I knew at the time, these were the decisions that were best calculated to preserve the values of the institutions,” Comey said according to ABC News. “I still think it was the right thing to do.”

Still, lawmakers have increasingly voiced concern over how the FBI and DOJ handled matters surrounding the 2016 election. Thus, beginning the inspector general investigation into an array of allegations, including the call that, “Department or FBI policies or procedures were not followed in connection with, or in actions leading up to or related to, the FBI Director’s public announcement on July 5, 2016.” As well, criticisms of the impromptu meeting between Lynch and the former president who was said to improperly influence the investigation into his wife.

The draft report has criticized senior FBI officials, including former deputy director Andrew McCabe, for their response to the late discovery of a laptop containing evidence that may have related to the Clinton investigation. That discovery prompted the FBI’s letter to Congress announcing the reopening of the Clinton email probe.

On the laptop, hundreds of thousands of emails were found of the embattled former congressman Anthony Weiner, whose wife, Huma Abedin, was a top aide to Clinton while she was secretary of state. Horowitz’s report raises questions how why it took so long for the bureau to analyze and report on the contents of the laptop.

In a separate report, Horowitz said that, while at the FBI, McCabe “lacked candor” when speaking to internal investigators about his role in a disclosure to the media. McCabe and his legal team are currently seeking immunity from lawmakers who want him to testify before a Senate panel about Horowitz’s findings.

Another key part of the the inspector general’s report is whether in-department opposition towards Trump influenced the FBI’s investigation of Clinton’s emails or the subsequent probe of Russian meddling in the 2016 election.

FBI senior agent Peter Strzok and his “mistress,” FBI attorney Lisa Page, exchanged hundreds of messages in the weeks and months before the 2016 election. Those messages included correspondence calling Trump “an idiot” and saying the Republican Party “needs to pull their head out of their” rear-ends. Furthermore, the messages also included harsh critiques of Clinton.