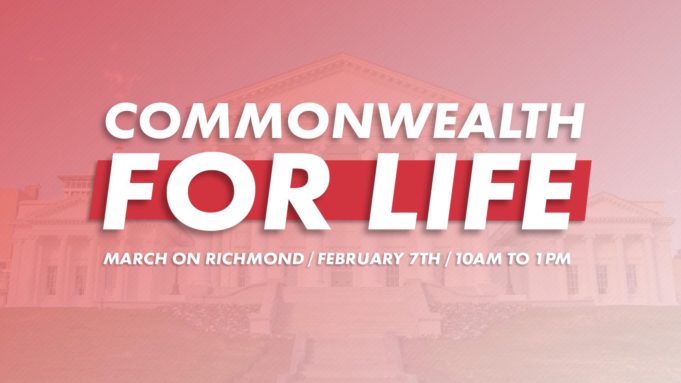 In the days since Virginia’s highly-controversial late-term abortion bill became publicly known, there have been extraordinary reactions from pro-life lawmakers and citizens alike, not just from those across the Commonwealth, but the nation at-large.

While lawmakers on Bank Street in Richmond have been responding to the shocking development, citizens across the Commonwealth are preparing to march on the Capitol to show their support for the unborn.

Organizers working on behalf of Commonwealth for Life, explained the motivation for the march.  Thus far according to its Facebook page, the march has gathered national attention with over 1,200 interested families and over 200 signed up to appear after a 24 hour start.

Pro-life activists Chris and Diana Shores have spearheaded the organization thus far, with notable pro-life organizations such as Students For Life of America, The Family Foundation, Concerned Women of America, Day of Tears, the Hosea Initiative, Family Research Council, The Eagle Forum, the Virginia Christian Alliance and pro-life stalwart American Life League all lending their support.