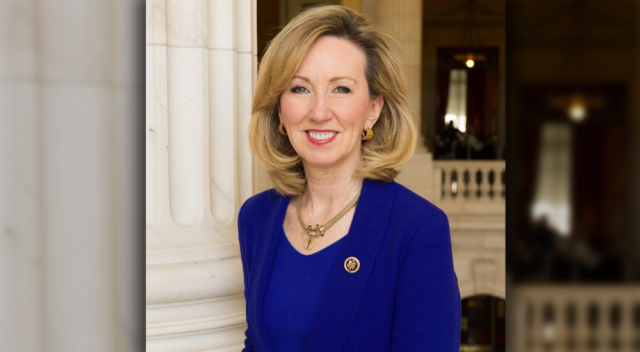 The U.S. federal government has entered its third day of a shutdown amid a political standoff orchestrated by Democrats in both houses of Congress. The Republicans worked hard to fund programs and decide on budgetary constraints; however, every Democrat in the House of Representatives worked against measures that involved the livelihoods of hard-working Americans. Among those working around the clock, Republican Congresswoman Barbara Comstock (VA-10) was the only candidate in her congressional district that stood against the Democrat government shutdown.

Not a single VA-10 Democrat running against incumbent Comstock decided to put their vicious partisanship aside in an effort to ensure a smooth-running federal system. During every shutdown Comstock has sided with the people it affects most, hard-working Americans and those serving to protect the nation.

Comstock stood with members of the U.S. military, with federal employees, with those receiving social security checks, and those receiving federal aid when she voted in favor of measures to ensure the government stayed open for business. Last week, she voted with the Virginia Republican delegation to fund the Children’s Health Insurance Program (CHIP) while all Democrats in both the House and Senate stood in defiance of American children to execute a political ploy.

The Democrats running against Comstock decided to hold the government hostage along with liberal Senator Chuck Schumer (NY-9), one of the architects of the devious political move. The Democrat machine in Washington decided to put the Deferred Action for Childhood Arrivals Act (DACA) above the needs of Americans and their children.

Alison Friedman of California stood with Senator Kamala Harris (D-CA), not with VA-10. Dan Helmer of New Jersey decided to stand with Senator Cory Booker (D-NJ) and Senator Bob Menendez (D-NJ), not with the people of VA-10. Lindsey Stover Davis joined her Harvard friends and Senator Elizabeth Warren (D-MA), not her peers in VA-10. Jennifer Wexton sided with fellow liberal Virginian Congressman Gerry Connolly of the 11th district, not hearing the needs of the citizens of VA-10. Of course, the Democrats running against a proven member of Congress all while liberal sympathizer Don Beyer (VA-8) is worrying about his next vacation instead of fighting for the livelihoods of federal employees and the military.

It is quite unfortunate that the Democrats felt the needs to shutdown the government over their resistance to President Donald Trump. Comstock put the needs to the people above partisanship, above personal political gain. Constituents of VA-10 have fighter in Congress, one that always stands with them.