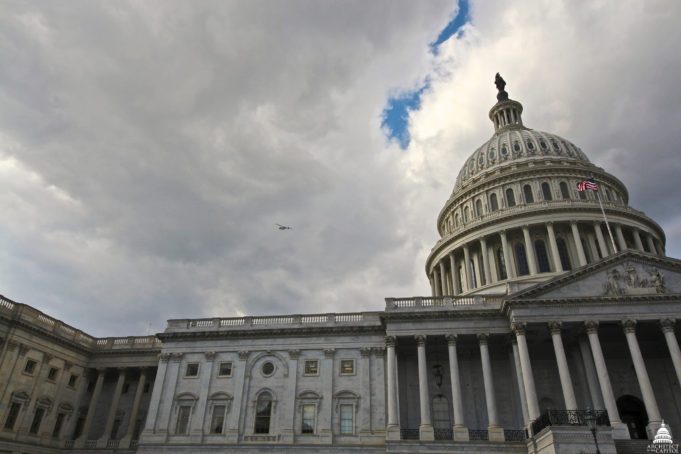 Talks surrounding “phase two” of tax cuts from Republicans are increasing, including a permanent extension of the current tax cuts which is set to be the highlight of the GOP legislative agenda. Although the battle for tax cuts may be tough for Republicans, the accomplishment will force Democrats to make a tough call heading into the midterms to vote on individual rate extensions.

Republican lawmakers claim the move will be both, “smart policy and smart politics,” according to The Hill.

“I am 100 percent behind that and would support it and even help promote it,” said Congressman Mark Walker (NC-8), chairman of the Republican Study Committee. His commentary was addition to what President Donald Trump and his new director of the National Economic Council (NEC) Larry Kudlow has said regarding the second round of tax cuts coming later this year.

At a Missouri fundraising event last Wednesday, Trump opined on the coming tax cuts. “We’re actually going for a phase two, which will help in addition to the middle class, will help companies, and it’s going to be something I think very special.”

Afterwards, in Washington, Republican House Ways and Means Committee Chairman Kevin Brady (TX-8) claimed he plans to release new proposals “this year.” During a subsequent interview on Fox Business Network’s “Varney & Co.” he said, “We are exploring what good new ideas can be brought forward in tax reform.”

Although clear stipulations of the second phase have yet to be outlined, many lawmakers explain they will follow through with a permanent extension on tax cuts for individuals. Currently, the December tax overhaul is set to expire in 2025.

“It will lead with permanence,” Brady told host Stuart Varney Friday. “The tax cuts for families and small businesses were long term, but they weren’t permanent. We think that’s important for growth and certainty.”

Brady also said he wishes to craft the law to encourage Americans to save more for retirement.

According to the report, individual tax cuts were made temporary so that the Tax Cut and Jobs Act could comply with the Republican-led budget reconciliation rules that passed with a simple majority in the Senate. Therefore, the rules made it that the House could not legally add to the deficit beyond the 10-year budget.

Republicans in the Senate will not likely adopt a budget resolution with reconciliation instructions for the second phase; therefore, a 60-vote majority will be needed to pass. Considering not one Democrat in Congress voted to pass last year’s tax overhaul, getting the nine votes Republicans need from the opposition party may be daunting challenge.

Democrats have balked at further talks on the second phase tax cuts. They claim the legislation only benefited the most wealthy in the U.S., but that is unfounded. Furthermore, in order to fund infrastructure investments, Democratic leaders in the Senate have proposed to roll back the top individual rates.

Other concerns raised by the left have included the implications the current tax cuts have on the rising national debt. Congressman Lloyd Dogget (TX-35), a senior member of the House Ways and Means Committee, said in a hearing that is the tax cuts are not “paid for” then a second phase, “will make this [debt] situation even worse.”

Some Republicans believe a deal can be made on permanent individual tax cuts by playing to a hand relished by Democrats. Many Democratic lawmakers had sour attitudes towards last year’s permanent cut to the corporate tax rate, slashing it from 35 to 21 percent while individual rate cuts were temporary.

“Democrats said all the time that these tax cuts should have been permanent, so I would expect them to support that legislation,” Walker reportedly said.

Therefore, the GOP could find themselves in a win-win situation. They could secure a permanent individual tax cut, or force Democrats to vote against putting money back into the pockets of Americans going into the midterm elections. The caveat here is that 10 Senate Democrats are up for reelection in November in states in which Trump was victorious in 2016.

“Getting Democrats on the record is always a good idea when Republicans are pushing their agenda,” said Andy Roth, vice president of government affairs at the conservative 501 (c)(4) group Club for Growth.

Moreover, Jason Pye, vice president of legislative affairs at the grassroots conservative organization FreedomWorks, said that if Senate Democrats fail to give the passing votes for permanent individual tax cuts, “it puts them in the corner of [House Minority Leader] Nancy Pelosi [D-Calif.], who said dumb things about the tax cuts.”

The Trump tax cuts have become exceedingly popular since their December passage. Pushing tax cuts keeps the GOP on the offensive in Congress and on track to bring better legislation to the table.

Legislation focused on cementing the individual tax cuts have already been introduced in the House and Senate.

Republican Congressman Rodney Davis (IL-13) introduced a bill in January that would make tax cuts permanent for both individuals and pass-through businesses. The measure, which now has 58 co-sponsors, is said to be voted on by the April tax filing deadline, as said by House Freedom Caucus Chairman Mark Meadows (NC-11).

Senator Ted Cruz (R-TX) has also introduced a bill on the Senate side to secure the permanence of the new individual rates.

Cuts on capital gains taxes were mostly left untouched by the overhaul, but Republican lawmakers hope legislation will make it into the second phase of tax cuts. In the report, White House principal deputy press secretary Raj Shah has said that that Trump and top tax writer Brady have talked about potentially lowering the capital gains rate.

Commenting on the new leadership on the economic front in the White House, Americans for Tax Reform President Grover Norquist said, “Kudlow getting this job is a big step forward both for all marginal rate efforts but also for the reform of taxation of capital gains so that we don’t tax inflation, we only tax real gains.”

With the second phase of tax cuts coming into play and the heightened support of fiscally conservative economic policy, Kudlow’s claim of the U.S. being on the verge of 4-5 percent growth may come to fruition very soon.