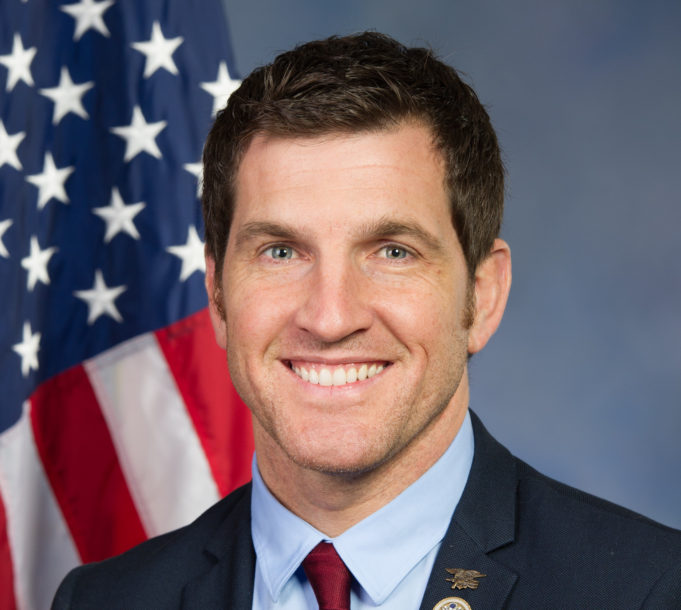 After losing his re-election bid by less than 2.5 percent to Democratic candidate Elaine Luria in the 2018 midterm elections, Republican Congressman Scott Taylor (VA-2) is now tasked with deciding what his future away from Washington will be after a highly productive freshman term in the House of Representatives. He was on the budget-writing Appropriations Committee, was a voice towards ramping up cyber-capabilities against Russia, an advocate for acting on rising sea levels and their effects on Virginia’s coastline, as well as leading the way on an array of other important issues.

While he may not have his congressional seat next year, the former Navy SEAL and Iraq combat veteran is reportedly considering offers from the Trump Administration when he vacates his seat at the end of the 115th Congress.

“I’ve already had job offers, and I’ve already been in discussion with the White House a couple of times,” Taylor said in a interview with The Virginian-Pilot.

He added, “If the president of the United States asked me to serve this country in some capacity, there’s greater good is serving the country.”

While Taylor was only on The Hill for two years, he had a vast amount of legislative accomplishments for a first-term lawmaker, including being the first freshman legislator in two decades to be named to the Conference Committee for Appropriations Bills.

House Appropriations Chairman Rodney Frelinghuysen (NJ-11) said of Taylor’s appointment in a press release at the time, “We also welcome him as a veteran who knows the needs of all veterans, especially those who continue to fight overseas and those that suffer from physical and mental wounds. I have full confidence that [he] will continue to prove himself as we move forward in this process of funding our government’s defense, infrastructure, and legislative priorities.”

Taylor was also one of the legislative recipients of the coveted National Federation of Independent Business (NFIB) “Guardian of Small Business” award for 2018. Lawmakers are chosen who have voted in favor of small business legislation at least 70 percent or more of the time during the congressional session.

Amid increasing amounts of school shooting across the country, Congressman Taylor put his support behind legislation set to help curb violence with the Students, Teachers, and Officers Preventing (STOP) School Violence Act. The measure would reauthorize the Department of Justice (DOJ) program “Secure Our Schools”, providing local law enforcement officials, school teachers and staff, and students with outlets to proactively prevent a threat within a school. Over $75 million annually will be dedicated to schools to invest in and implement threat assessment teams, intervention methods, and anonymous reporting for students to help school officials and law enforcement authorities stave off school violence. 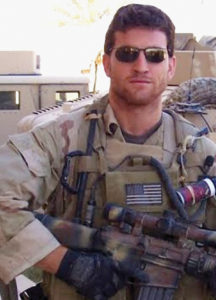 As one of the top lawmakers supporting veteran’s care and fighting against substandard military healthcare programs, a new law for the Department of Veterans Affairs (VA) sponsored by Taylor will now hold the secretary of the Cabinet-level department more personally accountable for problems at VA hospitals. For example, the secretary now has to directly approve the reassignments of any senior VA executives. Taylor sent a letter to then-Secretary David Shulkin regarding consistent widespread discrepancies in scheduling data for medical appointments at the Hampton VA Medical Center (VAMC). After a report was done on the conditions and operations of the facility by the VA Inspector General (IG), “miscalculations of this magnitude mask the actual demand for care and prevent veterans from receiving private sector treatment under the VA Choice program,” a press release from the lawmaker’s office stated.

Following an amendment introduced by the Republican representative to the Fiscal Year 2019 Defense Appropriations Bill, there will also be funding dedicated to expanding child care for military families. Taylor has called on the Department of Defense (DOD) to improve and expand programs to reduce stress on military families and help with troop retention and readiness.

Taylor and his office have been working with Tangier Island officials about their erosion problems and the consequences they are suffering from rising sea levels since he took office in 2016. He worked in Congress to help fund a plan for the U.S. Army Corps of Engineers (USACE) and the Virginia Marine Resources Commission (VMRC) to launch the design and construction of the Tangier Island jetty in Accomack County to protect the western part of the navigation channel and harbor for Tangier. Advocating for the 722 inhabitants on the island off the coast of Taylor’s childhood home on the Eastern Shore, at briefing in Chincoteague earlier this year Taylor announced, “I’m proud to say they are going to start that process finally and construction will begin in 2018 and conclude in 2019.” 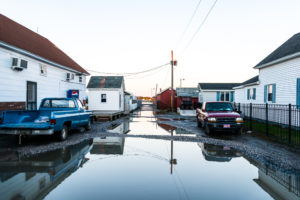 The beaches of the coastal, southeastern Virginia town of Sandbridge will also be replenished after Congressman Taylor helped secure funding to provide the USACE with what they need to protect the area from erosion-induced storm damage. Heavily supported by the Republican, the Bipartisan Budget Act of 2018 includes more than $3 million for the Sandbridge Beach project, and will help fund five other projects nationwide to aid in repairs to mitigate damage caused by natural disasters and provide the coastal area with hurricane protection.

Nevertheless, Taylor is especially proud of one particular piece of legislation to stand as his legacy for his two years in Congress.

In the wake of Ashanti Billie’s abduction from the Joint Expeditionary Base Little Creek in Norfolk, Virginia, which led officers to find her body 11 days later, 300 miles away in Charlotte, North Carolina, Taylor stepped up after a public outcry for reforms to missing persons reporting. Law enforcement was unable to issue a commonly-used “Amber Alert” because that system only can be used if the missing person is under 18 years old – Billie was 19.

Congress acted by introducing the bipartisan Ashanti Alert Act, which is currently being considered by the Senate in the last weeks of the session.

The new alert system created by the Ashanti Alert Act from Congress will alter the law to apply to missing persons between the ages of 18 and 65. It was designed for those who are too old to be filed under the Amber Alert system and too young to be considered under the Silver Alert system for senior citizens.

“To me, it will have a greater lasting impact than anything we’ve done,” Taylor said. “It will save people’s lives, man.”

When it comes to his future in elected politics, the 39-year-old Republican has not ruled out challenging Congresswoman-elect Luria in 2020 or throwing his name in the hat for another position, federal or otherwise. Asked about a definite bid in the General Election in two years, Taylor remarked, “I can’t answer that question right now…I haven’t made any decisions.”

Speaking on the political divide growing across the country, the out-going Virginia congressman places blame on the leadership in both political parties.

He explained, “The divide in our country right now is more emotional than informational or facts….And that’s scares me because, again, it leads to action – and sometimes bad actions.”

Taylor proved himself to be a vital congressional representative, not only for the Virginia Beach area, but the Commonwealth as a whole. As a member of the House Appropriation Committee, Virginia has a voice in the budget-writing process, with many defense contractors and installations within the state being awarded federal projects that stimulate the local and statewide economy.

Furthermore, he was a leader in Washington, one that has put action and effort above rhetoric. At a meeting in Williamsburg one week before the midterm elections, Taylor remarked on his legislative accomplishments, saying his primary goals upon becoming a congressional representative were to expand the military, help veterans through post-active duty care and other areas, and to help improve the Virginia Beach and Eastern Shore economies.

Responding quite categorically to his mission, he said, “We’ve done just that.”

Perhaps this list of accomplishments teamed with a renewed sense of Republican values and a strong will can lead Taylor to vindicate himself in the public square.