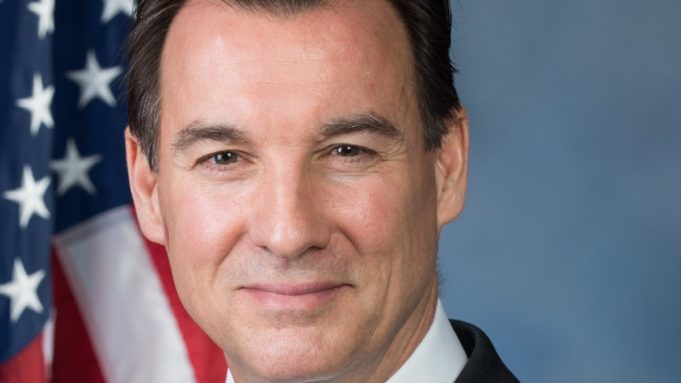 Around the country, progressive activists and resistance-chanting elected officials have been calling for stricter gun control measures after recent tragedies of school shootings. In some cases, they even stand defiant against the Second Amendment, claiming the Constitutional provision is a hindrance towards public safety and should be eradicated.

As liberals scream at the sight of a firearm, one Democratic congressman from Long Island is going the other way with the narrative. Tom Suozzi (NY-3) now claims that Americans should bear arms and oppose Donald Trump by force if the president does not follow the Constitution.

During a town hall meeting last week, Suozzi explained that people opposed to the commander-in-chief could resort to the Second Amendment as an avenue for their grievances.

“It’s really a matter of putting public pressure on the president,” Suozzi said according to the New York Post. “This is where the Second Amendment comes in, quite frankly, because you know, what if the president was to ignore the courts? What would you do? What would we do?”

In a report from Fox News that has the recently released video from the town hall event, a crowd-goer asked, “What’s the Second Amendment?”

The left-leaning Democrat answered, “The Second Amendment is the right to bear arms.”

The spectators laughed, though, some nervously. Republicans, on the other hand, were not very happy with the situation.

“This video is incredibly disturbing. It’s surreal to watch a sitting member of Congress suggest that his constituents should take up arms against the president of the United States,” said National Republican Campaign Committee (NRCC) spokesman Chris Martin.

When asked if the congressman was advocating for an armed insurrection against President Trump, Suozzi’s political adviser Kim Devlin denied that meaning. Nevertheless, Suozzi anchored his rhetoric with further commentary by quoting Thomas Jefferson regarding the spirit of armed resistance.

“What country can preserve its liberties if their rulers are not warned from time to time that their people preserve the spirit of resistance. Let them take arms,” the quote said.

Quoting Jefferson may be a bit controversial to progressives as he is a former slave-holding president and considering social justice warriors within the party are continually attempting to rewrite history.

Suozzi has also shown his hypocritical nature by making conflicting remarks about his stance on recent gun control moves after the Broward County school shooting.  The lawmaker participated in “National Student Walkout Day” on March 14, calling on youth to support stricter gun laws. However, it still seems he supports the Second Amendment, only if it is used against President Trump.