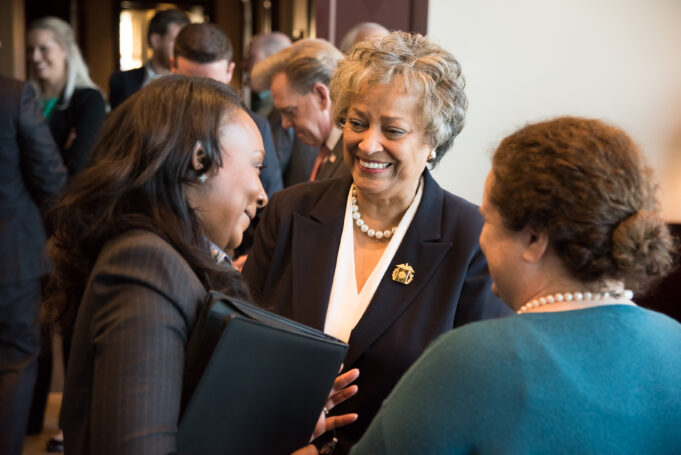 “As someone who has been in the political trenches for many years, knocking on doors, making phone calls, raising money, and growing the party, I am ecstatic to join Pete Snyder’s campaign for governor.  Pete has done all of those things for many years, for many candidates, and we have all gotten to know Pete’s commitment to the first principles of this country – principles that are the very motivation for me to engage in the political arena in the first place. Sadly, those principles are under assault today, and I believe Pete is the best candidate for governor to defend them in Virginia.”

“I am thrilled to endorse a proven conservative leader in Pete Snyder.  As our next governor, Pete will bring the change we desperately need in Richmond. Pete’s a results-oriented problem solver who can pull Virginia out of the mess that we are currently in. I look forward to working with him to reopen our schools and rebuild Virginia’s economy.”

“Pete Snyder is a strong conservative leader who will always put Virginia families first. I am proud to serve as a co-chair for Pete’s campaign. Together we are building a strong, grassroots team that will bring much-needed new leadership to Richmond.”

“Pete Snyder’s record of success in business is exactly what we need to get Virginia’s economy back on track. Pete is the leader we need to recover from this pandemic, get our kids back in the classrooms and emerge stronger than ever.”

The press statement might be more notable not just for who has endorsed Snyder but from where they hail — the Shenandoah Valley and southwest Virginia.  Obenshain has long been the darling of Virginia conservatives, and O’Quinn as a former political director for the Republican Party of Virginia not only has a reliable network of contacts, but has his own grassroots strength back home as a state delegate.

Yet perhaps more notable is the fact that Kay Coles James — long whispered as a potential RPV Chairman and candidate for statewide office in her own right — has a laser-like focus on both economic development and public education reform.

Having a voice such as Kay Coles James at the table is indicative that the brain trust surrounding the Snyder campaign is going to pack some fearless and direct intellectual firepower.

That leaves precisely two candidates — Kirk Cox and Pete Snyder — who have rolled out endorsements as of late.

Amanda Chase has been suspiciously quiet (pending her “big news” on Monday) and the other candidates showing a lack of activity, the early start out of the gate suggests that with Youngkin’s introduction we have a truly four way (and with Chase’s non-performance, three way) contest.