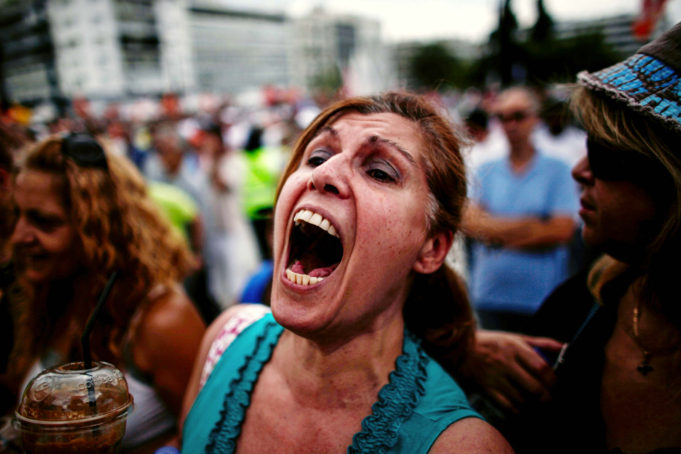 Crowdpac, the crowdfunding site used for political campaigns, has suspended all of its accounts for Republican candidates, citing the values of the Republican Party, President Donald Trump, and all instances of “Trumpism” are not in line with the company’s own values.

Insofar as the evidence of hyper-partisan “Trumpism” is concerned, Thomas cited Republican U.S. Senate candidate from California Patrick Little as his example. Little, who has made anti-Semitic speech in reference to his opponents, criticized Israel, and even praised Adolf Hitler, is a Crowdpac user and was even kicked out of the California GOP convention for his remarks and actions.

Thomas blames President Trump for all this, claiming the notion of Trumpism has, “sadly weaponized and promulgated race-based hostilities against groups of people based on their ethnic heritage, religious belief, or national origin.” He added, “Donald Trump and his movement have elevated alternative facts, fake news, propaganda, the denial of scientific facts, and the obstruction of investigative norms to levels dangerous to the functioning of a liberal democracy.”

“Because Trumpism is so heavily linked with the modern national Republican Party, and because very few federal leaders in the Republican Party have meaningfully rejected Trumpism,” Thomas says, “we are temporarily suspending fundraising for Republican candidates on Crowdpac.com.

What’s quite interesting here is that Crowdpac, in the words of their own acting CEO, is an “open and non-partisan platform.” Well, apparently not.

If Crowdpac has a problem with a customer like candidate Little, just like the California GOP does, considering it is a private company, it can remove that customer from using its services – that would have been the noble thing to do. However, it seems that Crowdpac’s CEO has gotten the progressive whinge bug.

This entire “Trumpism equals white nationalism, equals anti-antisemitism, equals ethnic hostility, equals weaponized fascism” is so bizarre and nonsensical, it’s actually quite funny. This victimology built on evasiveness and toxicity has allowed people to be triggered by the mere whispers of an opposing viewpoint – not saying that race-based commentary is even a viewpoint to mention.

This hypersensitivity to remarks, thoughts, and actions and the severe ambiguity of of outrage and offense will have a dire consequence in the end.