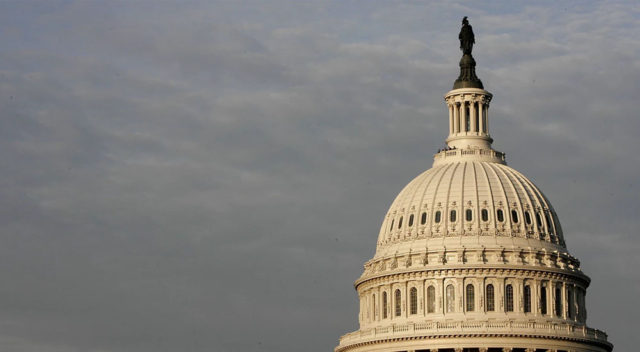 Amid a looming government shutdown, President Donald Trump is fairly confident that Democrat lawmakers will inevitably face the blame that will be given if Congress fails to craft a spending bill before Friday. Legislation from Democrats has been continuously linked to a bill supporting the children protected under the Deferred Action for Childhood Arrivals (DACA) Act. This week, President Trump argued that Democrats are uninterested in extending protections under DACA and would take the blame. Democrats have held the House before and yet no legislation has been passed to turn the current executive order into law.

Though, according to NBC News, Republicans are not too sure they will be spared the fault of a government shutdown even though they are in control of both houses of Congress and the White House. Republican Congressman Charlie Dent (PA-15) was reported saying, “When there are shutdowns, our side usually takes the hit — whether we deserve it or not.”

Democrats are leveraging amnesty and border security with the impending shutdown. In September, the Department of Justice (DOJ) announced that in March the DACA program will be cancelled, leaving Congress with just six months to create legislation to protect children who were brought here by their immigrant parents. Last week, bipartisan negotiations failed after a group of 20 lawmakers met at the White House in an attempt to bargain with President Trump over the measures.

House Homeland Security chairman, Republican Congressman Michael McCaul (R-10), one of the authors of a subsequent bill that would allow those protected under DACA to apply for legal status for three years at a time, claims conservatives on Capitol Hill will suffer if no solution is found. If DACA expires, nearly 800,000 immigrants will be deported. “That would not play well for Republicans,” McCaul said.

Congressional Democrats have continuously threatened their counterparts by claiming they will vote against spending bills that are devoid of a DACA fix. Republicans explain that the DACA bill is unrelated to federal funding and should be dealt with at a separate time before the March expiration date. Many Republicans firmly believe that Democrats will be blamed if their political motives are seen to hold the government hostage over DACA. Republican chairman of the House Freedom Caucus, Congressman Mark Meadows (NC-11), stated, “If it’s shut down over immigration, the Democrats take the brunt of that.”

A temporary four-week spending bill was unveiled earlier this week by Republicans in Congress, which is set to suspend Obamacare-funding taxes and those funding Children’s Health Insurance Program (CHIP) for the next six years. However, if House Republicans do not find enough votes for the bill, it will inevitably cause congressional chaos across the partisan aisle. The bill does not include provisions for DACA and guts Obamacare, meaning Democrats will most likely vote against the measure.

While the looming government shutdown is a risk for both parties, Republicans are clearly fearful for the repercussions and are not as confident as the president. Nevertheless, Republican House member Steve Stivers (OH-15) believes otherwise. Congressman Stivers has assured that a DACA fix will come before March and Congress will avoid a shutdown on Friday. “I feel confident enough that both are going to happen that I don’t even consider the other option” — a shutdown or DACA deportations.”