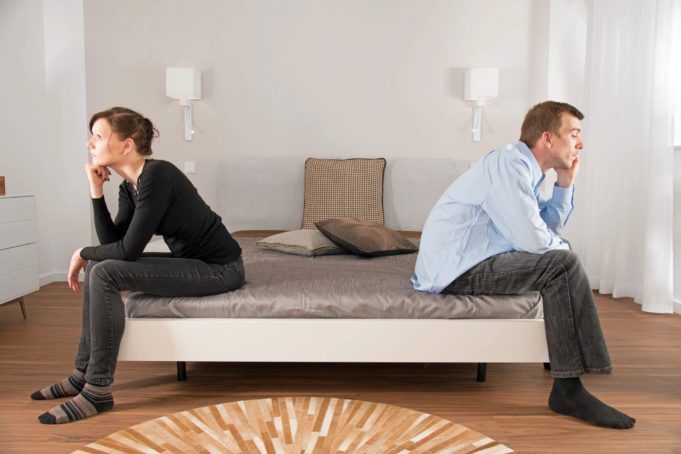 Looks like all the loving Delegate Mark Keam (D-Fairfax) got from Dominion Energy just wasn’t enough to save the relationship, as Keam — still reeling from his  suggestion that Delegate Lee Carter (D-Moscow) was a socialist — now must pay his pound of flesh to Virginia’s progressive left.

Dominion hasn’t said too much about the public divorce before hand, even if Keam had to drag it all out to the sunlight in the op-ed pages of the Washington Post.

Instead, we here would much rather focus on the good times — like when Mark Keam took Dominion on a date back in 2010:

Of course, Keam stuck Dominion with the bill… but she didn’t mind.  Until, of course, Keam demanded “entertainment” to go with that dinner a few months later:

…and then Keam made Dominion pay for the Redskins tickets, too:

Finally there was an intervention with much wine.  “Dominion,” her friends told her, “Keam is just using you for your checkbook.  Ditch this guy before he hurts you.”

“No no!” said Dominion, “Keam loves free markets and cheap energy!  Just watch… our love will fix him!”

…and Dominion loved Keam.  Loved him to the tune of $9.750 that Keam ought to donate to the nearest charity possible if he really believes anything he wrote in the Washington Post:

But that won’t happen.

Why won’t it happen?  Because Keam is doing this because he hurt Comrade Carter’s feelz during the session, is all.

If Dominion continues to bypass the system, I believe it is inappropriate for the company to make political contributions to legislators it lobbies to circumvent the SCC’s authority.

Yet by Keam’s own admission in the WaPo, this is the same process that had been occurring since 2007, when the same on-again-off-again relationship with Dominion Energy (and Appalachian Energy) continued because — shock of all shocks — both firms are regulated by the State Corporation Commission precisely because it is cost-prohibitive to compete with either in the marketplace.

If ever there was an argument from subsidiarity, Dominion is it.

Let’s leave this aside for a moment, though.  Keam’s complaint isn’t that Dominion is a state-regulated utility that gives money to candidates.  In fact, that’s a bowl of punch that Keam has fathomed endlessly over the course of a decade.

Nor is Keam objecting to in substance any of the pieces of the legislation proposed to the General Assembly — neither its mechanisms or its current form, as any honest observer will respect that the 2015 rate freeze was a terrible deal for Dominion.

Continuing our counter-factual scenario, let’s say the Clean Power Plan framework adopted by Virginia would cost the $5.5 billion to $6 billion postulated by the SCC, and that Dominion had to eat a billion dollars or two in write-offs when it shut down its coal-fired power plants. Now let’s say Dominion came to the General Assembly, saying, sniff, sniff, poor us, these regulations are ruinous, could you please bail us out? What answer would Keam and others of like mind have given? They would have said, “Not a snowball’s chance in hell! You took yer chances and you lost. Now beat it!” And rightfully so.

Of course, that’s not the way things turned out. Dominion lucked out. Trump won the election and he canceled the Clean Power Plan. By January of 2018, Dominion was accumulating earnings way above its normally allowed rate of return (although a major weather event or a regulatory order to pay of billions of dollars to clean up coal ash ponds could have negated those profits).

Of course, one can’t help but relish Bacon’s repartee at the beginning of his solid argument:

This will be one of those blog posts where many readers will ignore the substance of my arguments and go straight for the jugular — Dominion Energy Virginia sponsors this blog, I’m a shill for Dominion, and, therefore, anything and everything I say can be discounted without further thought. If you’re one of those people, I know I won’t persuade you. But please, if you object to my conclusion, don’t settle for the cheap ad hominem shot. Explain to me why I’m wrong.

Unlike Bacon’s Rebellion, we do not carry such baggage — though the trope of “advertisers buying opinions” seems to be a ready made shotgun for any opposing opinion of the professional left.  No one questions whether such an arrangement is a craft the left hasn’t perfected for over 11 years running at Blue Virginia — it’s merely tolerated there.  For one, I simply refuse to play the game.

…and yet, Bacon raises an excellent point.  Too excellent a point, one that when matched with Keam’s sackcloth and ashes in the aftermath of “attacking” socialist darling Lee Carter?

Facts are that outside forces are pushing to drive up energy costs by hook or crook.  Dominion is in the business of providing affordable energy to drive Virginia’s economic backbone, and a lot of that starts and stops at the Port of Virginia — an international port of call.  Cheap energy means better jobs; better jobs means better exports; better exports means a more robust Western economy.  The opposite of that — higher energy prices — helps a handful of petrostates — Russia among them.

That Keam felt like he had to publish a “Dear John” letter after taking thousands of dollars in gifts and campaign contributions from Dominion just shows the amount of pressure these Democratic legislators are under to bend the knee.  Who is applying the pressure?  Who is paying them?

No one seems to be asking those questions anymore… which is why the argument continues to fall on deaf ears in Richmond as a parlor game.  Insiders might care, but ratepayers just want their bills to quit bobbing up and down on the whims of federal bureaucrats and state well-wishers who confuse green energy for affordable energy.

So don’t worry, Dominion.  It’s not you… it’s definitely Mark.  There’s plenty of other fish in the sea.