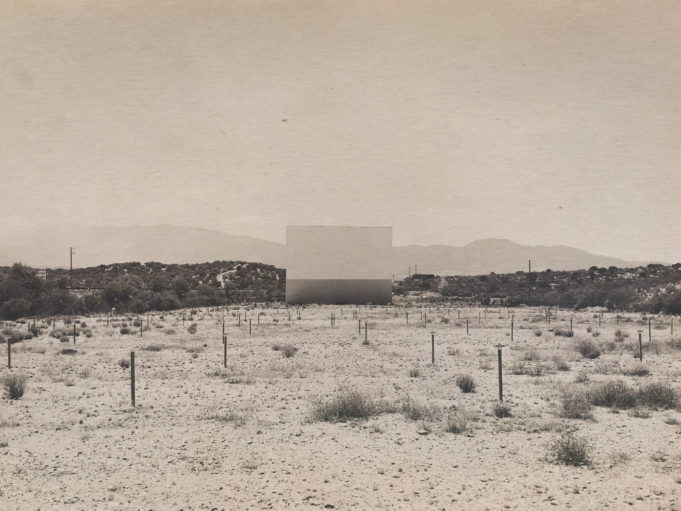 Wanting something as small as a sign for a rural drive-in movie theater on a highway can look at first to be relatively minor for a local business owner to have done. However, sometimes the smallest request can have the largest implications. This is the story of how a highway sign pointing to the direction of a Goochland, Virginia drive-in movie theater almost cost the state $100 million.

Former dry-cleaning business owner John Heidel, a Goochland County resident, decided in 2009 to recreate the, “the outdoor movie experience,” according to an interview with Style Weekly. The 1950’s throwback venture was fueled by childhood memories of drive-ins throughout Virginia. Sitting in the backseat of Bel-Air filled with buttered popcorn or lying under the stars in the bed of an “F-series” pickup truck became a Friday and Saturday night tradition in America. Although the boxy metal speakers were replaced with in-car FM transmitters, Heidel kept the spirit of mid-century America alive just off Old Fredericksburg Road, a couple hundred yards from Interstate 64.

Heidel’s drive-in is a fun place, a place where movie goers can relive the national pastime. It has been so successful that he is now constructing a second screen to allow viewing pleasure for hundreds more. However, there is still a lingering problem with the business – some people still cannot find it.

For over eight years, Heidel has continuously battled with state officials and members of the Virginia Department of Transportation (VDOT). This was over a solution Heidel proposed – adding a sign on I-64. Including his drive-in location with the signs listed for fast food restaurants and gas stations seemed like a fairly easy fix. It would just involve a few feet of paint and a simple design, right? No, the simple solution was just the beginning of a massive problem.

According to a report from the Richmond Times-Dispatch, after speaking with VDOT officials, Heidel explained they told him, “You don’t qualify. Nothing we can do.” Well, sounds unequivocal.

Unbeknownst to him, and frankly everyone else, VDOT has a surprisingly detailed set of criteria that need to be met before something can be included on the traditional blue highway signs that direct motorists to McDonald’s, Exxon, Holiday Inn, and other travel sites.

Currently, Virginia has approximately 1,700 signs, with 5,600 individual logo panels that show different points of interest near interstate highways. Though, none of them direct motorists to a movie theater. According to the Integrated Directional Signing Program Participation Criteria study from VDOT, movie theaters are banned, along with strip clubs, funeral homes, and office parks.

VDOT spokeswoman Shannon Marshall stated, “Movie theaters are generally not unique regional attraction facilities and aimed more at local residents, thus signing for traveler guidance is not as necessary.” Nevertheless, the Goochland drive-in is not just any regular movie theater.

“Drive-ins are unique animals today. They are attractions,” Heidel said. “If you want to see a movie, you typically go to the theater closest to you. We’re not close to anyone.”

Today, only about five drive-ins are left in Virginia. Apparently, not everyone is willing to embrace the heat of an Indian summer’s night and enjoy a movie from the front seat of their car.

Heidel explained to VDOT officials that drive-ins are steeped in nostalgia and represent attractions from yesteryear that should be saved for all to enjoy. His drive-in rises above the air conditioned leviathans of modern mall complexes and business parks. Furthermore, he claimed they should be worthy of inclusion into the signage program allotted for amusement parks, zoos, and other areas of attraction.

The argument with VDOT went nowhere. However, in early 2018, in walked freshman Delegate John Mcguire (R-Henrico).

“If you are older, you remember there used to be hundreds of drive-in theaters,” McGuire said. “This is a historic thing. This is a tourism thing,” he explained.

Delegate McGuire took up the cause to rectify the situation and filed legislation to change the laws regulating highway signs and give Heidel’s Goochland drive-in the recognition it deserved.

House Bill 1438 was set to add drive-in movie theaters to the attractions that may be identified on directional and official signs displayed near highways. Though, the bill ran into a massive problem. Drive-in signs are prohibited under federal highway regulations, which were laid out in the Highway Beautification Act. In 1965, President Lyndon Johnson signed the legislation which attempted to limit billboards and other forms of outdoor advertising along America’s interstate highways. Therefore, the bill would “jeopardize” up to $100 million in federal highway funding, 10 percent of what the state received. State budget planners listed this as a concern in a fiscal impact statement.

Fearing the implications of the signage, when H.B. 1438 came forth in a House of Delegates subcommittee on January 24, McGuire told the panel to kill his legislation. “Sometimes the best bill is no bill,” McGuire said.

In spite of that, McGuire still wanted to help solve the problem. Before the bill came up for discussion in the General Assembly, he, Heidel, and VDOT sat down to strike an agreement to give the drive-in a sign and for Virginia not to lose $100 million in federal funding.

VDOT came to the understanding that since drive-ins in America, especially Virginia, are rare, those theaters can now enjoy “regional significance.” Therefore, the Goochland drive-in will now be eligible for the sign program, along with the commonwealth’s four remaining drive-ins. “These facilities mostly are located in rural areas which benefit in having directional signage guiding travelers safely to their destinations,” said Marshall.

McGuire, a former Navy Seal, explained, “We worked as a team. Not me. But we. And we solved the problem.”

The highway sign for Heidel’s theater is expected to be posted within four to five weeks, according to VDOT. Under the program, he will pay a base annual fee of $1,750, the same as other businesses which have highway signs.

Heidel said the sign solution made him feel validated. “This was a relatively simple thing that could’ve been resolved a long time ago,” he explained. “And it’s nice that someone finally said you know what, there’s probably a quick solution to this thing if we can just get people to sit down.”