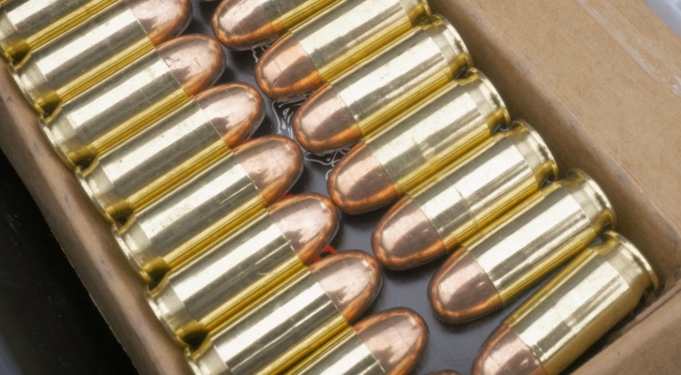 Dan Helmer, a Democratic candidate from Northern Virginia, has proposed an unusual idea for stopping mass shootings: he wants each individual ammunition purchase to be reported to a centralized government database.

“No reason not to require SKU-level reporting of all gun / ammo purchases to flag warning signs of mass shootings and prevent them,” said Helmer, in a December 24th tweet. 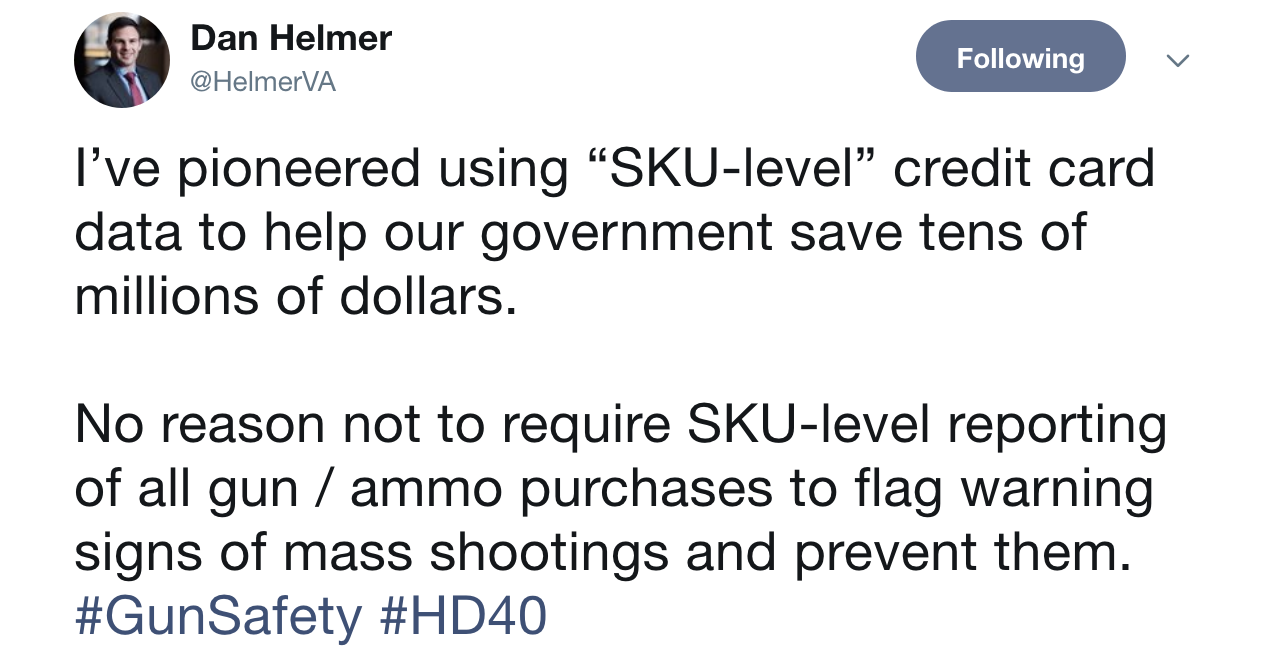 A SKU is a stock keeping unit, a specific identifying number associated with each distinct product offered for sale. In the case of ammunition, the SKU would identify manufacturer, caliber, quantity, and other specific characteristics, such as bullet type.

He did not elaborate on which criteria he would suggest using to flag purchases as suspicious.

Only one mass shooting in American history involved more than a thousand rounds fired. Media reports suggest most involve tens to the occasional low hundred, depending usually on how much time the killer has to operate before law enforcement arrives.

Or, in other terms, Helmer is suggesting that one, two, or three boxes of ammo might be a suspicious purchase, and should be available for government review. He did not suggest any practical way for separating potential mass shooters from law-abiding gun owners.

Helmer is challenging Republican Tim Hugo for a seat in the House of Delegates, which elects all 100 members next year. Hugo’s district covers the Fairfax exurbs and a portion of Prince William County.

Helmer previously drew attention in the crowded Democratic primary for the tenth district Congressional seat by comparing President Trump to Osama Bin Laden, in a controversial ad which sparked outrage. He would finish fourth in the six way race, with 12.6% of the vote.

In the ad, Helmer identifies other progressive priorities including government-run health care and tougher gun control, which he has made a leading theme of his campaign.

An opponent of concealed carry reciprocity, he attacked fellow Democrats who backed the 2013 compromise. He has also called for an end to private sales and a ban on semi-automatic firearms and standard capacity magazines. On numerous occasions, he has protested outside the NRA and said the donations of the group’s five million members were blood money.

Helmer would face Hugo next November if he secures the Democratic nomination. No other Democrats have announced for the seat.