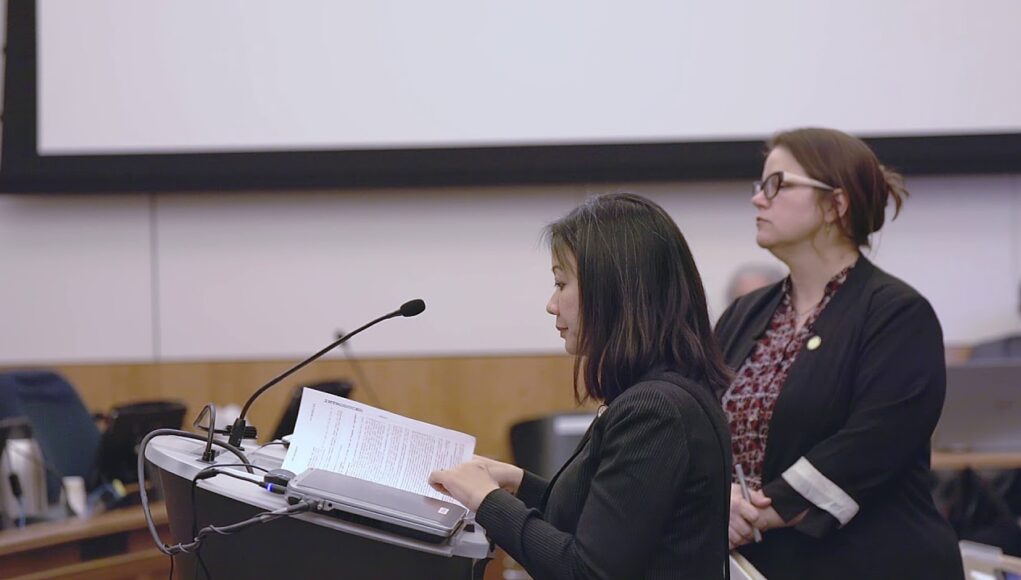 “She has endured, she has persevered, and, all the while, with courage, she has been one of the strongest leaders that we have,” Harris said of the freshman lawmaker who two years ago flipped her seat blue.

“She is somebody who never puts up her finger and says, ‘Oh, is this going to be popular or not?’ You know that. You know she’s taken on huge fights, in particular for the women of Virginia and the families that love them, saying it’s not about what’s popular at the moment. It’s about what’s right. And these are the kinds of leaders we need in our statehouses,” she added.

“I don’t think we have a limit” being the answer as to how late an abortion could be performed, Tran now famously argued that abortion up-to-birth would be entirely permissible — “My bill would allow that” being her answer.

Meanwhile, concerns are being raised about including transgenders in high school sports as young men continue to dominate in women’s sports and break long-standing female records.

Once such bill being floated around as an idea championed by a Democratic-controlled Virginia General Assembly?  A Virginia version of the Employee Non-Discrimination Act (ENDA) which will include transgenders under Virginia’s non-discrimination laws.

Such laws if enacted could means that if your daughter’s elementary school teacher choose to transition from a man into a woman mid-year?  Parents could not only be liable, but under more strict regimes parents could be questioned by social services workers and — if determined to be in an “abusive” household — their children could be removed.

Think that’s too far fetched?  Look towards Texas, which is neither a leftist stronghold nor a hotbed of transgender sentiment, yet very nearly allowed a seven-year old boy to “transition” from male to female against the wishes of his biological father.

Meanwhile, as generic congressional ballots are narrowing despite mountains of negative press against President Donald Trump, the VCU poll shows every candidate except Joe Biden either losing to or within striking distance of losing to Donald Trump.

The voters are sending a message.  Antifa, abortion, and transgenderism is no substitute for transportation, education and economy.  Republican priorities have served the latter; will Democrats continue to remain enslaved to the former?