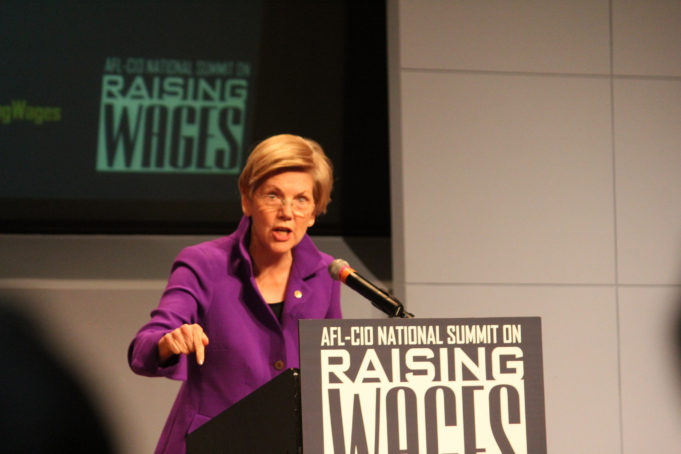 The corporate landscape of America has historically been gifted with some of the best businesses in the world. Not all of these are domestically-founded, though. Those that uproot themselves from their countries of origin to call the U.S. home mostly do it because the “land of the free” is typically the world’s largest market, it has a steadfast legal system, and the U.S. dollar is the currency of choice for trade. Regardless, there are still some corporations that “headquarter” their businesses in Switzerland, Lichtenstein, Panama, Bermuda, and a few other places around the world when the notion of profit-making is seen as some kind of egregious act by those with political power.

As Democrats run increasingly to the left of the political spectrum, their ideas have become more unconstitutional, more irresponsible, and more down right crazy. Some of those that have gained popularity among elected Democrats throughout the midterm season are: Abolish ICE (Immigration and Customs Enforcement), exuding an anti-Israel sentiment, rolling back the Tax Cuts and Jobs Act, “Medicare for All,” ammunition control, impeachment, and others that stem from a general resistance attitude to the majority party in the House of Representatives, Senate, and the White House.

Well, after another brilliant idea from one of the leaders of the Democratic Party – Senator Elizabeth Warren (D-MA) – add the government control of private property and profits to the list of agenda items.

Called the Accountable Capitalism Act, which is a bureaucratic overreaching, pseudo-nationalization of American companies, it would let the federal government determine everything from composition of a company’s board of directors, the details of internal corporate governance, compensation practices, personnel policies, and possibly even political activities. As Vox writes:

“The federal charter for large businesses would have the following stipulations:

Furthermore, Warren’s proposal dictates that any business with more than $1 billion in revenue would not be permitted to legally operate in the U.S. without permission from the federal government. The National Review reports that Warren’s bill seeks to create an “Office of United States Corporations inside the Department of Commerce,” with all corporations with over $1 billion in revenue to obtain a federal charter of corporate citizenship.

Warren’s idea is that if corporations are going to have the legal rights of American citizens – which was read out of the Supreme Court’s opinion in Buckley v. Valeo (1976), thenceforth in Citizens United v. Federal Election Commission (2010), wherein money is considered First amendment-protected free speech – “they should be expected to act like decent citizens who uphold their fair share of the social contract and not act like sociopaths whose sole obligation is profitability — as is currently conventional in American business thinking,” as Vox states.

While this bill may only effect about 10 percent of companies that trade on the U.S. stock market, it would effect 80 percent of the stock market that tier of businesses controls. Such charter would reinforce the aforementioned stipulations, which are seen by many on the left as shifting the American capitalist system out of its current “shareholders first-like” framework, thus instituting an era of companies with an expansive view of social responsibility.

Of course, there are many reasonable people that would admit that they would enjoy companies having more of a “double bottom line,” those that would help out the communities they are in. However, according to the actual text of the bill, the primary provisions of the measure are extraordinarily ambiguous.

“The term ‘general public benefit’ means a material positive impact on society resulting from the business and operations of a United States corporation, when taken as a whole,” according to the bill.

This sounds like something one would see in Plato’s Republic, wherein the “Form of the Good” is discussed. Nevertheless, Warren and the Greek philosopher have something in common here – Plato’s Form of the Good is often criticized as too general and lacks realistic, pragmatic practice, just like Warren’s proposal.

The Massachusetts senator’s bill is a failed attempt to wrangle in corporate profits and is essentially a shell of progressive legislation. When it comes to general public benefit, Democrats believe Medicare for All, a $15 minimum wage, ensuring government jobs for everyone, and a cornucopia of other agenda items are all in the aim of the general public benefit. Therefore, it could be surmised that corporations, under the proposed legislation, may have to adhere to financing some of the government’s expenditures when its comes to new progressive-backed policies.

Vox writes that Warren’s proposal is about “saving capitalism” through “ending inequality.” Meanwhile, The National Review writes that it will “nationalize everything.” What the proposal really is characterized by is a lust for power – a ruinously misguided attempt at such.