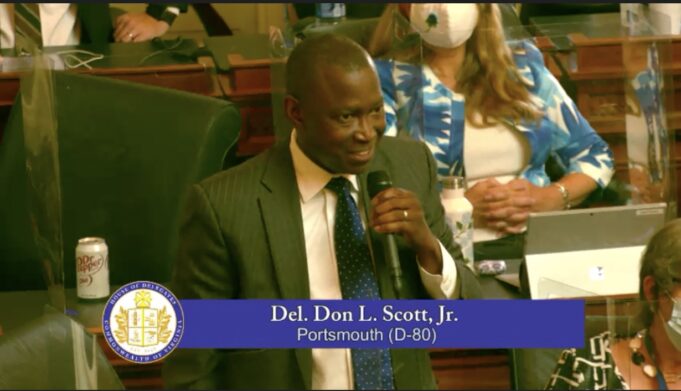 He may just be a fictional scoundrel, but Frank Underwood knew a thing or two about framing public debates. And Virginia Democrats have been taking lessons.

“If you don’t like how the table is set, turn over the table,” he drawled into the camera. On the subject of Critical Race Theory, Democrats aren’t happy with how the table has been set at all.

For the (blissfully) uninitiated, the controversy is best summed up thusly: Critical Race Theory, or CRT, is a legal theory that holds that the U.S. is irredeemably racist. Its systems are built on racism, and as such produce racist outcomes — even if angels were to run them.

CRT and its fellow travelers, Critical Pedagogy, Diversity, Equity, and Inclusion programs, and “antiracist” teaching are all being applied in Virginia’s schools, due in no small part to a push from the Northam administration — a legacy of the Governor’s attempt to rehabilitate himself post-moonwalk.

Parents are up in arms across the Commonwealth as they learn that their children are being separate by race, taught that they’re either privileged or oppressed, and given a sense of guilt or victimhood for the actions of past generations.

Democrats know they’re losing on the subject of CRT. They know that when parents get a good look at the materials being presented to students and teachers, they’re appalled.

Rather than admit what “antiracist” teaching is, or how the core tenets of CRT are being applied in our schools, Democrats accuse opponents of wanting to whitewash the teaching of our history.

“Our schools are simply teaching our students about equity, no more, no less,” Del. Don Scott, D-Portsmouth, told the House of Delegates last week. Would that it were so.

Time and time again we see materials presented to teachers that adopt the “antiracist” teaching praxis, which holds that there are no ‘neutral’ ideas or policies, only those that tear down racist structures or those which uphold them. One need look no further than the Virginia Department of Education’s website to see those teachings in action.

Teachers are told that defensiveness in the face of being accused of racism reflects “white fragility,” and that denying racism is exactly what a racist would say. Kafka would be proud.

They’re told that our modern culture — everything from ‘professionalism’ in offices to valuing the written word — is white supremacy.

Striving to see the person, not the color, is now racist. From the website:

“[Color-blind racism is] a post-civil rights approach that essentially denies the subtle forms of discrimination that have replaced the blatant or explicit racism of the past. The color-blind approach ignores the evidence that skin color plays a powerful role in shaping an individual’s life experiences, and denies the measurable damages of a dynamic system of oppression against people of color based solely upon a false notion or assumption of superiority by the dominant racial group.”

Teachers are told time and time again to “interrogate their whiteness” and realize the “privilege” they and their white students bring to the table simply form the color of their skin.

Republicans, on the other hand, contend that they want every aspect of our history taught at an age appropriate level. From the landing at Jamestown to the Tulsa Massacre, the good, the bad and the ugly of America all need to be part of our textbooks.

But what has no place is the belief that America is an irredeemable racist place, made of systems built upon oppression, and that every difference in outcome that does not favor Black and brown people can be laid at the feet of “systemic racism.”

Some states have offered solutions. In Virginia, House Republicans attempted to get “Dignity and Nondiscrimination” language through the legislature.

No public school, including a public charter school, shall direct or otherwise compel students to personally affirm, adopt, or adhere to any of the following tenets:

(i) that any sex, race, ethnicity, religion, color, or national origin is inherently superior or inferior;

(ii) that individuals should be adversely treated on the basis of their sex, race, ethnicity, religion, color, or national origin; or

It failed.  Which says volumes about Democrats and their views on critical race theory.