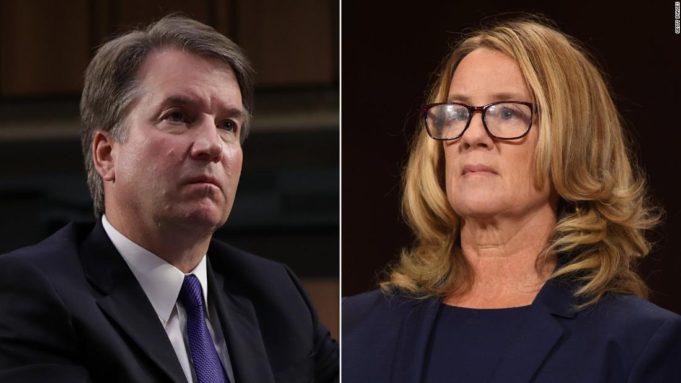 Two Democratic candidates for president — Senator Kamala Harris and former US housing secretary Julian Castro — are both calling for the impeachment of Supreme Court Justice Brett Kavanaugh on the basis of new hearsay with regards to sexual impropriety.

From the Washington Times:

President Donald Trump, who nominated Kavanaugh to the court and fiercely defended him during his contentious confirmation process, dismissed the latest allegation as “lies.”

Trump added that they were “False Accusations without recrimination,” and claimed his accusers were seeking to influence Kavanaugh’s opinions on the bench.

What’s more, the basis of the allegations — initially reported and then later clarified by The New York Times — was on a now retracted story about Kavanaugh:

More from Roger Kimball over at the Spectator USA:

The allegation in question was first published by that slick saffron journal, The New Yorker, in September 2018 just as the Kavanaugh hearing was reaching the apogee of hysterical denunciation. The piece was by Ronan Farrow and Jane Mayer, deans of muckraking character assassination. It was, as National Review’s Charles Cooke noted at the time, the least responsible piece of journalistic reporting in a major (well, formerly major) media outlet he could remember. Even The New York Times looked askance at it (that was then). Breathlessly recounted was a party at Yale some 35 years ago when Brett Kavanaugh, then 18, was a freshman. This is old news, of course, part of the mephitic backwash of rotting gossip that trailed along the garbage trawl that was Christine Blasey Ford’s exploded melodrama.

In short, not only is there nothing new to see here but there is simply nothing to see.  It never happened.

Buried in all of this is the admission by NYT reporters Robin Pogebrin and Kate Kelly that the sources of these “allegations” simply refused to change her story in order to comply with the demands of the progressive left to blatantly lie.  From Mollie Hemmingway over at The Federalist:

Buried at the end of their new book “The Education of Brett Kavanaugh: An Investigation,” reporters Robin Pogebrin and Kate Kelly quietly admit that Christine Blasey Ford’s lifelong friend Leland Keyser did not believe her friend’s tale of a sexual assault at a party they both supposedly attended. Keyser was named by Ford as a witness, one of four who denied any knowledge of the event in question.

The book offers no evidence in support of the allegations made by Christine Blasey Ford, but, they write, their “gut reaction” was that her allegations “rang true.”

Once again, conservatives can draw two conclusions: (1) They really do hate us, and (2) they will do and say anything to cram their facts into a hypothesis.

As for Justice Kavanaugh, one suspects that he has little to fear from any movement by Senate Democrats to impeach him.  Yet Democrats seem eager to turn their vicious character assassination into a campaign issue in 2020 and beyond.