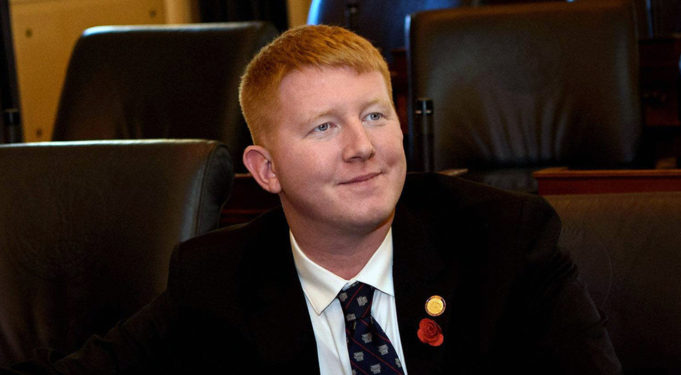 This morning, Delegate Lee Carter (Д-Манассас) introduced a bill for the upcoming legislative session that would strip private-sector employees of their long-coveted right to work.

A self-proclaimed socialist and noted antagonist of the Virginia’s law enforcement community, Carter continues to wage war on working class Virginian families and, even more jarring, launched a campaign for Governor for 2021.

The stakes aren’t just rooted in some abstract idea of capitalism vs. socialism.  The principle of right to work affirms an individual’s freedom to work for a living without being forced into a union — and subsequently coerced into paying union dues.

This is not the first time socialists within the Virginia Democratic Caucus have gone after the Commonwealth’s right to work laws. Legislation on the matter was introduced earlier this year, but was promptly rejected by Republicans and even moderate Democrats concerned about the impact it would have on small businesses and Virginia families.

However, as the Democrats continue to cull their moderate elements in favor of socialist-leaning sentiment, the moniker is becoming less applicable to many Democratic politicians across the Virginia.

With the reigns of the Executive Mansion being handed over in 2021, Democratic gubernatorial hopefuls will have to answer to this radical proposal. Former Speaker Kirk Cox (R-Colonial Heights) blasted the Democrats with a remarkably pointed statement:

“Virginians deserve to know if Terry McAuliffe, Jennifer McClellan, and Jennifer Carroll-Foy stand by Lee Carter and his blatant attack on the Commonwealth’s long-standing right-to-work law. McAuliffe, McClellan, and Carroll-Foy must state their position on repealing right to work. Do they believe people should be forced to pay union dues just to get a job? Do they support the right to work or have they completely sold out to unions?”

If silence grants consent, then Cox may have found a rung to hang his gubernatorial bid against a Democratic gubernatorial field held increasingly in thrall to the most extreme elements of their party.

To wit, Jennifer Carroll-Foy’s her answer is obvious. Having just been bankrolled by unions, with an astounding $350,000 campaign donation, it’s hard to imagine her opposing Delegate Carter’s legislation. However, this should not be surprising. The more people compelled to pay union dues means the more money unions will have to fill the campaign coffers of far-left Democrats.

Jennifer McClellan and Terry McAuliffe, on the other hand, have some answering to do. Will they reject the radical war on Virginians’ right to work that their party has attempted to stave off? Or will they give in to the incessant tug from the growing faction of their party so far left that they make AOC look moderate? The answer will likely lie in whatever decision affords them the best odds to win in 2021.

Cox’s call for gubernatorial candidates to respond clearly on this issue seems to have fallen on deaf ears amongst Democrats hungry for union support.

Meanwhile, even among erstwhile conservative gubernatorial candidates, there doesn’t seem to be much appetite for defending working class families in Virginia, yielding the battlespace to those willing to run on such issues.