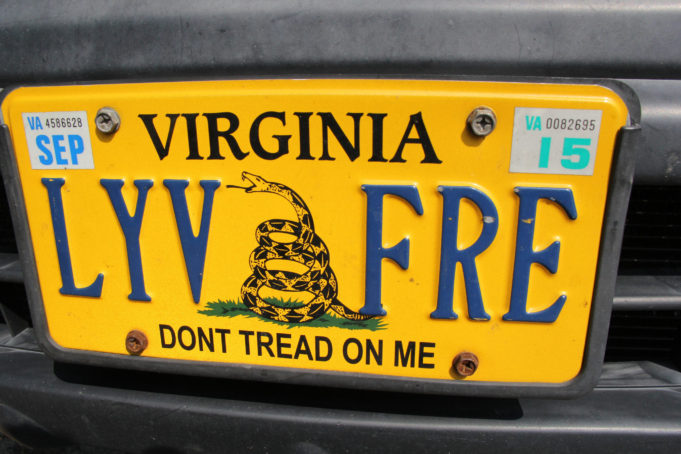 Localities across Virginia are passing resolutions declaring themselves sanctuaries.

Not for illegal immigrants, but for the Second Amendment. The resolutions express support for the right to keep and bear arms, and express the sense that county funds not be spent ought not to be spend enforcing unconstitutional gun restrictions.

The resolutions are a reaction to the gun control bills proposed by Democrats during the 2019 Special Session, and the promise during the campaign to bring them back for another try now that Democrats are in charge.

Boards and councils uniformly pass these measures in front of massive crowds. Editorial boards and Democrats argue that the resolutions mean nothing, labeling those in support “mischief makers.”

Legally, the resolutions may have no weight. But they speak to an extraordinary wave of anger aimed at Democrats newly in control of state government.

Democrats ran on gun control in some races, and won enough seats to take the House of Delegates this year. Gun control will be high on the agenda come January.

Yet arguments from gun control advocates and Democrats that no one “needs a 15 round magazine” do little to change minds.

Rather, they infuriate. Who are they, the thinking goes, to tell me what I need?

In the great mass of Virginia south of I-66 and west of I-95, it’s hard to adequately express the disdain for “Northern Virginia” — the home of the the vast majority of Virginia Democratic leadership — that permeates the populace.

“They ought to just give it back to D.C.” is not something said ironically there. It’s a sincere opinion, and not an uncommon one.

Rightly or wrongly, those from outside of NoVa think that those from Northern Virginia — and the politicians who hail from there — look at their fellow Virginians to the south with little-disguised disdain.

These are Hillary Clinton’s “deplorables,” and they many, if not most, support President Trump with a passion, regardless of his latest tweet. These are the people that Lisa Page and Peter Stzrok called ignorant hillbillies who literally reeked of their support for the President.

Rightly or wrongly, the view in the “deplorable” regions of Virginia is that urban liberals from Northern Virginia have decided that those smelly, law-abiding, Trump-loving hillbillies in the hinterlands need to fall in line.

Their betters in Fairfax, Arlington, and Alexandria will tell them how to live their lives. And they don’t like it one bit. Thus the surge of action at local government meetings.

It’s difficult to put into words what it takes to get the average person interested in their local Board of Supervisors. Virginians are usually content to ignore their local government, provided it doesn’t make their lives more difficult.

To draw more than 1,000 people to a Board meeting on a weeknight? When there’s no tax hike or school closure on the agenda? Anyone with even a passing familiarity with local government knows that reflects an extraordinary level of public sentiment.

For a significant portion of Virginia’s rural population, the proposed laws “feel” like an assault on them personally. Their communities seldom see any violent crimes committed with firearms.

In their hometowns, seeing someone walking around with a .45 on their hip isn’t a cause for alarm — it’s a cause to go ask their neighbor about the new gun they just bought.

Rifles like the AR-15 aren’t some mysterious bogeymen for these Virginians. Instead, they’re a fun, customizable tool for hunting, target shooting, and self defense.

Bills like Senator Dick Saslaw’s SB 16 that would turn these gun owners into immediate felons for simply doing what they’ve always done — own weapons for self-defense, hunting, recreation — are particularly egregious, and more than enough to get even the most apathetic gun owner to his local courthouse.

A modicum of respect toward their fears, their concerns, and their way of life could go a long way to lower the temperature.