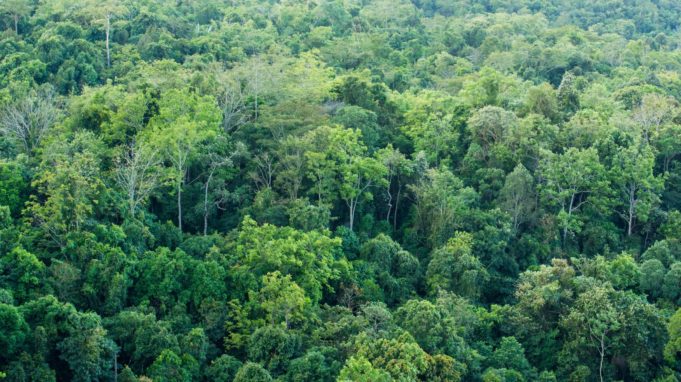 The Virginia Department of Environmental Quality’s (DEQ) Air Pollution Control Board is looking into new regulations that would, for the first time in any state, classify an electricity-generating facility as fossil fuel-fired, leaving them subject to additional regulations if just over 10 percent of the fuel mix it uses is fossil fuel and the remainder is forest biomass. Considering Virginia has been an industry leader in innovative energy production, the new regulation could pose a great threat to the Commonwealth’s energy future.

According to a report from the Richmond Times-Dispatch (RTD), 27,000 Virginians have careers in forestry and the forest products industry. As $7.4 billion in products ranging from pulp, paper, packaging, and wood products generates an annual state and local tax revenue total of $155 million, forest biomass powers Virginia’s economy. Furthermore, forest biomass powers many of the facilities in which production is carried out.

Paper mills and wood production plants in Virginia use the forest biomass residuals to power their facilities. No only does this offset operations costs, but it also decreases the dependency on purchasing electricity from the normal power grid and uses product residuals for energy production that would have originally been sent to landfills.

The DEQ’s regulation is set to curb carbon emissions in Virginia. While burning forest biomass for energy production does give off carbon dioxide emissions that are listed as greenhouse gases, the process of growing the forests needed to generate electricity deems the process carbon-neutral.

In his RTD column, Robert E. Gay Sr., a general mechanic at Hopewell, Virginia’s WestRock paper production plant, and a senior mill representative to the Pulp & Paperworkers’ Resource Council, says, “According to research in the Journal of Industrial Ecology, using residuals this way produces a greenhouse gas reduction benefit over a single year equal to removing 1 million cars from the road.”

Recent data from the U.S. Forest Service shows that forests in Virginia grew at a rate double than what was harvested in 2016. This indicates that the forests are sequestering carbon, staving off the increase in carbon emissions in the state. As well, forest numbers throughout the U.S. grew at twice the rate at which they were harvested during the same time period, meaning forest biomass has a great future in energy production.

Although it was not ratified by the U.S., the Kyoto Protocol, set with the mission to curb greenhouse gases, would have considered forest biomass energy to be carbon neutral in Virginia. However, the DEQ, as mentioned before, is set to regulate the process in the same manner as a coal-fired energy plant.

The approach from DEQ, which was prompted by the model from the Regional Greenhouse Gas Initiative (RGGI) is inconsistent with the science provided and the notion of carbon sequestration. Gay claims the new regulation, “would set a dangerous precedent for other states considering how best to support carbon-neutral energy.”

Even though forest biomass residuals are sometimes mixed with minute amount of fossil fuels to aid the burning process for energy production, they do not change the “carbon profile” of the materials. The life cycle and general, “characteristics of the biomass remain the same regardless of whether or not it is co-fired with a fossil fuel — thus, the 10 percent threshold is entirely arbitrary,” Gay explains.

The proposed regulation from DEQ, in Gay’s mind, “can be improved further by removing language stipulating that Virginia join RGGI — a legislative question, not a regulatory one.” He also explained that proposed regulations from DEQ maintain the exemption provided to industrial boilers.

The forest products industry is a top-10 manufacturing industry in nearly every U.S. state. Thus, thousands of faculties are currently engaging in carbon-neutral energy production practices.

Virginia’s forest biomass production is an imperative to the economy and important to the proliferation of carbon-neutral and renewable energy sources that supports a strong manufacturing sector.