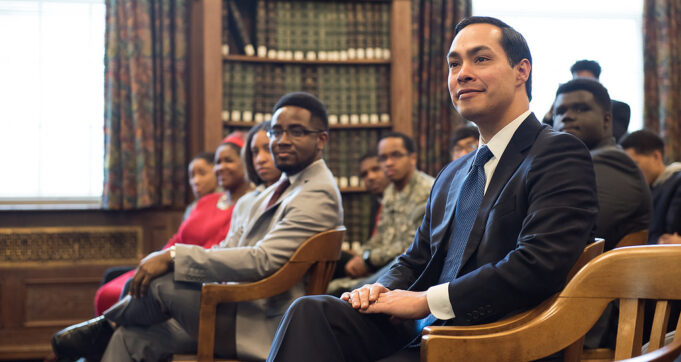 “With the election just three months away, our work is urgent. This election is important not just for Virginians but for the country. The progress that Democrats make in Virginia in 2019 will show how strong we are as a party nationally and what we’ll be able to get done on the issues we care about going forward,” he wrote.

The email comes just days after his brother Joaquin published the names and places of employment of a number of Trump supporters in his district —calling down the wrath of the online mob on many of them.

“Sad to see so many San Antonians as 2019 maximum donors to Donald Trump — the owner of ⁦@BillMillerBarBQ⁩, owner of the ⁦@HistoricPearl, realtor Phyllis Browning, etc⁩. Their contributions are fueling a campaign of hate that labels Hispanic immigrants as ‘invaders.’

When asked about the, post Julian Castro defended his brother.

He expanded on his thoughts in an interview with local station KSAT.

“Joaquin did that, as he said, as a lament that in our city, that is more than 60 percent Hispanic, you have companies — whether it’s Bill Miller or others — that have built their whole fortune off of the Hispanic community, that have a lot of Hispanic employees [and] that are putting that money into the pocket of a politician, Donald Trump, that is putting ads on Facebook calling it an invasion and fostering hate and division toward the Hispanic community,” he said.

Do Virginia Democrats support publishing the names and places of employment of their political opponents? It sure looks like it.