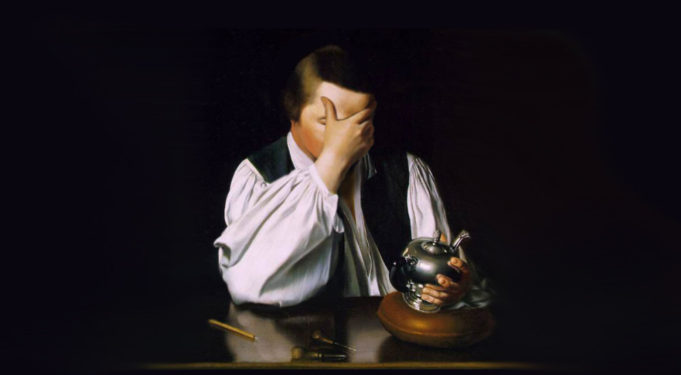 Fredy Burgos’ anti-Semitism and countless other vulgar and racialist opinions are a malignant cancer that holds no home or place within the Republican Party.  Burgos should have been removed years ago; the time to extract this disease is now.

Burgos is a member of the Republican Party of Virginia’s governing board, known colloquially as the State Central Committee.  His repeated comments stretching back to June 2016 when the Bearing Drift editors collectively called for Burgos’ removal are well documented — and though his previous infractions against virtually everyone seem to have slipped beneath the radar, Burgos’ latest slur against Jews publicly serving in office seems to have gathered the attention of everyone.

Burgos’ latest infraction suggesting that Mike Ginsberg — a well known and universally respected Republican — was unqualified to serve in party office because of his Jewish faith?  Puts Burgos well beyond the boundaries of either decorum or political discourse.

Anti-Semitism is a uniquely pernicious evil, a perniciously vile form of racism that almost always carries with it a call for violence.  Those perpetrating the language of division are rather coy about their efforts.  Get someone to fear the other, and you can introduce new viral ideas based on racial identity.

Burgos has played this game of identity politics for too long.  His comments directed at Muslims, Jews, immigrants and people of every background and faith have festered long enough.  Burgos’ persistent presence has forced at least one member of State Central — Kyle McDaniel — to resign in disgust some weeks ago.

It is time Burgos’ leeching on the reputation of the Republican Party be brought to a swift, decisive, and immediate end.

The litany of public officials who are calling for his resignation and removal are lengthy indeed.  Republican Congresswoman Barbara Comstock has admirably led the charge to seek Burgos’ removal.  RPV Chairman John Whitbeck, Farifax Supervisor Pat Herrity, and over a dozen northern Virginia Republican leaders have done likewise — with notable omissions from those who share Burgos’ perspectives on race and religion.

The editors at The Republican Standard have one ironclad rule, that being we do not participate in the intramural scrums that seem to engulf internal party politics.  Yet when racial hatred and division are left on our doorstep, we are obligated to respond.

The Republican Party of Virginia has a moral obligation to take every necessary action to remove Fredy Burgos immediately, should he fail to resign.  This will involve 1/3 of the membership to sign a resolution outlining the reasons Burgos should be removed, followed by a 2/3 vote of State Central proper.  It is a process that will require some leadership to push through, but every indication is that State Central intends to pursue this path and quickly — a good sign indeed.

Yet there is a shortcut to what will involve a two-month process.  Burgos could very well recognize that his hatred towards Jews, Muslims, immigrants, and anyone else that doesn’t seem to meet Burgos’ standard of a white Christian simply has no home in the Republican Party and never will.  If he had a conscience,  Burgos would resign immediately.  Failing this?  Burgos should be removed from the governing board of the Republican Party of Virginia with all due speed.

In the meantime, Republicans have a duty to make it clear that Burgos’ racism puts himself outside of our boundaries; a violation of the very RPV Creed that unites the whole of the party.