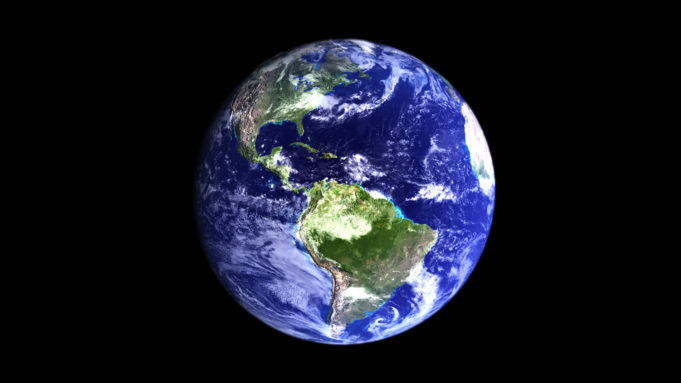 Pole shift has become a top news topic over the last day, or so. This has caused many in the media to report that the Earth is heading towards an inevitable demise. People need to relax, pole shift will not destroy Earth.

The last magnetic pole shift the Earth endured was around 780,000 years ago, according to the most recently published paleomagnetic research. Considering pole shifts occur every 200,000-300,000 years, the planet is highly over due for the big event, as stated by a report from Science Examiner. This has caused news outlets across the world to succumb to reporting about the end times, biblical revelations, and, of course, more extreme climate change theories.

Many are saying this global event will cause vast swaths of the Earth to be inhabitable, cause satellites to fall out of the sky, and immediately melt the polar ice caps. However, to understand the gravity of the situation, the underpinnings of all the variables at play must be explained. Queue the science lesson.

The Earth is a massive magnet. It is a dipole like any standard magnet with a “north” and “south” pole. Most people learned this in elementary or primary school.

Under the Earth’s lithosphere, or crust, the part with all the pretty flowers, animals, and buildings on it, there is a vast ocean of super-heated iron and other metallic elements surging around the core. This creates an electrically-conducting fluid that is in constant motion. For those who studied fluid dynamics in college, a special branch of physics called magnetohydrodynamics explains that hot, spinning metal creates a magnetic field.

This magnetic field protects humans on Earth from harmful cosmic radiation, most notably ultraviolet (UV) radiation. The field extends from the center of the Earth to approximately 42,00 miles outside the Earth into space. Therefore, astronauts aboard the International Space Station (ISS) are also protected from harmful UV rays.

In a report from Tech Times, the protective shield of the Earth’s magnetic field will be weakened when a pole shift occurs. Charged particles will interfere with satellites and cause harm to aviation and ground-based electrical infrastructure. As well, the switching process can expose the entire planet to radiation for centuries. Though, moving poles are not a new thing, even in the modern era.

The Magnetic North Pole is moving a few miles every year, according to the natural phenomenon called Polar Shift Theory. According to a report from the National Aeronautics and Space Administration (NASA), the poles are even moving faster than they have in the past. Larry Newitt, a scientist with the Geological Survey of Canada, stated the magnetic pole is moving, “North at an average speed of 10 km (6.2 mi) per year, lately accelerating to 40 km (24.8 mi) per year.” He claims that at the current rate of movement, “it [North Pole] will exit North America and reach Siberia in a few decades.”

There have been variations in the Earth’s poles since the planet’s inception. But, how will this affect locating points on Earth with maps and electronic devices? Well, this has actually been known for centuries.

Due to the Earth’s wobble on its axis, the North Geographic Pole, as determined for a fixed point on Earth from the observation of stars, is subject to a constant variation of latitude. Although the wandering of the pole across the Earth’s surface causes it to not be in a fixed location, the variation is only a few yards, or so.

So, where would a compass needle point if you were standing on the true North Pole? South, actually.

If one was standing on the North Geographic Pole, well, standing on a boat floating in the Arctic Sea above the area of the pole, the compass would point South towards northern Canada. According to GIS Geography, the North Magnetic Pole is actually in an area around Ellesmere Island. This is a stark difference of around 311 miles between geographic North and magnetic North.

In the days before GPS systems when people were adventuring the globe with the use of a map and compass, voyagers would have to calculate for magnetic declination. This is the variation is the angle between magnetic North and true North. Furthermore, declination has a positive East value of true North and negative value when equated for the West. Magnetic declination changes over time and with location, not just due to the Earth’s wobble, as shown by historical data from the National Atmospheric and Oceanic Administration (NOAA).

A compass points towards the North Pole of the Earth, no surprise there. Though, for all those who played with magnets as children, when two north poles are brought together, they repel each other. But, we all know that the north pole of magnet is pointing towards the Earth’s magnetic North. Therefore, it is interesting to note that Earth’s North Pole actually has the south magnetic center. The North Pole and the South Pole, in terms of magnetism, are the same thing.

The magnetic field that protects all seven billion plus humans has diminished and increased over the long history of the planet. Right now, scientists state the Earth has a diminishing intensity pole.

Evidence has shown that magnetic pole shift on Earth has happened many times. This can be found in lava deposits, which have many silicate and magnetic particles in it, that have been frozen over time. Our magnetic field has flipped numerous times in the past, but animals were still able to procreate and life still moved on.

So, is Earth’s magnetic field collapsing? No, not at all.

The European Space Agency (ESA) reports that the Earth’s magnetic poles are degrading by about five percent per decade. This is around 10 times faster than previously. Nevertheless, it is not something that will affect humans immediately. There is also no correlation between magnetic field reversal and mass extinctions.

University of California professor Gary Glatzmaier has run supercomputer simulations for pole shift events for hundreds of thousand of years of Earth’s history.  As severe as the current conditions sound, “they’re mild compared to what Earth’s magnetic field has done in the past,” Glatzmaier said. “Change is normal,” he added.

Magnetic flips take thousands of years to complete. Therefore, people will not wake up one morning to a scene from 2012 with earthquakes hitherto unknown to science, airplanes falling out of the sky, and the public frantically seeking shelter in massive ships buried within Mount Everest.

Contrary to popular belief, Earth’s magnetic field never goes away – as long as the innards of the planet keep moving. If anything, the magnetic field, “just gets more complicated,” according to Glatzmaier. “A South Magnetic Pole might emerge over Africa, for instance, or a North Pole over Tahiti. Weird. But it’s still a planetary magnetic field, and it still protects us from space radiation and solar storms,” he explained.

It is not the end of the world. The Earth is not threatened with destruction. Tomorrow, birds will still fly, cats will continue to knock things off desks, and Donald Trump will still be president (which some may claim as worse).