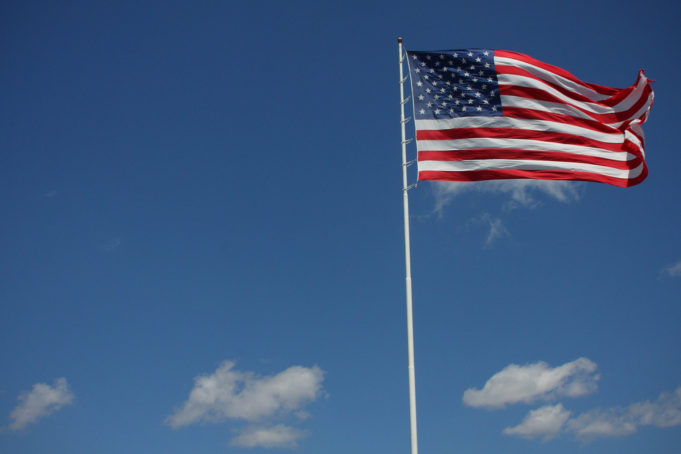 From the so ridiculous it is true file comes the do-gooders in Fairfax County, who want to include the American flag — yes, Old Glory — within their flag ordinance restrictions.

Many Fairfax residents initially felt relieved after the planning commission rejected the flag ordinance proposal until they found out the proposal still has to be reviewed by the supervisors, which prompted them to rally Monday night.

Politicians, Fairfax residents and even residents from neighboring localities came out, flying their flags high and singing along to patriotic songs in front of the Fairfax County Government Center.

“It’s a symbol to me of our unity and what we stand for, honoring our vets and our first responders…So I think this fight is basically saying ‘we feel very strongly about this issue and we want to make sure that you understand that an ordinance of this type is inappropriate, limits freedom and especially when it comes to our flag’,” said Kirk Cox, a Republican gubernatorial candidate.

Of course, things that are approved or rejected by Planning Commissions in Virginia are still brought before local supervisors or city councilors, precisely for the reason that the constitutional authority to review local ordinances rests with the governing body — not their commissions.

Yet the wider question as to why the American flag would not be included in exemptions seems more than just questionable.  The intent seems outright hostile.

Kirk Cox (R-Colonial Heights) took Fairfax County Democrats to task, both during the rally and in the press:

“This is an absolute affront on the freedom of speech of Fairfax County residents. It is disgraceful to every person who has supported, fought for, and died for our flag. Residents of Fairfax County should be able to proudly display their patriotism without being regulated by bureaucratic nonsense that serves no purpose.”

One wonders whether or not such an ordinance — much like most sign ordinances during political campaign season — would survive 1A scrutiny in any federal court given the nature of what an American flag is.  After all, this is no mere flag designed to gain the attention of passers by for one’s local business.

This one is Old Glory.

Glad to see some folks are still willing to stand for the Stars and Stripes even in this day and age… which, just having to type the very words should tell you how very far we have fallen in America today (and the great task ahead).