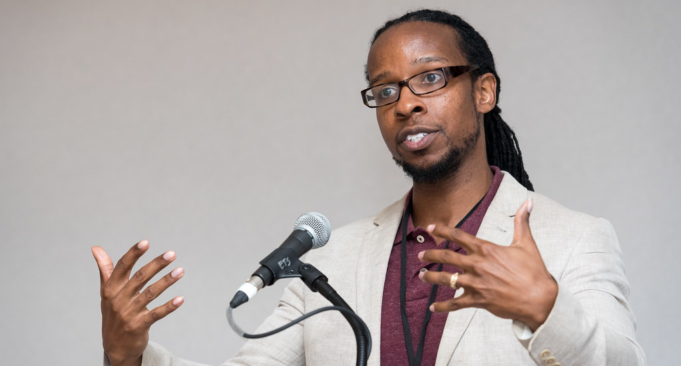 Kendi’s book How To Be An Anti-Racist took off nationally in the wake of his first book, Stamped From The Beginning in 2017, published just days after the August 2017 Charlottesville “Unite The Right” rally headed up by nationalists and other alt-right figures just days after a similarly-themed Ku Klux Klan rally at the same location.

Kendi’s thoughts on race relations can be summarized.  Racism — the division of people according to skin color and ethnicity — is as old as tribalism.  To be non-racist is to simply ignore these distinctions.

Yet for Kendi and other proponents of critical race theory (and critical theory writ large), these distinctions can neither be ignored nor should be ignored.

To ignore these differences is to leave decades if not centuries of disadvantage in place.  Ergo, it is far more important to have discussions on what it means to be actively — and not passively — anti-racist in ways that actively breaks down these distinctions of class, wealth, education and disparity.

The problem with this argument is as old as the liberty vs. equality distinction.  Level out all the peaks and valleys, and one is given a rather desolate plain.  Kendi doesn’t precisely address why mediocrity is preferable to meritocracy, other than to say our current system of determining merit is largely based on things that aren’t merit at all — merely tribal, racial, ethnic, etc.

Of course, whether Kendi merits $20,000 to discuss these ideas for 45 minutes with just 15 minutes of questions and answers seems to be more of the meritocracy-without-merit condition.

Of course, Xendi was not merely invited out of simple concern from Fairfax County Public Schools.  Rather, there are attempts to destroy what has long been Virginia’s model public education center — Thomas Jefferson High School.  From Nomani via Quillette:

Since early June, a small but vocal group of TJ alumni have worked with activist school-board members, state education officials, politicians, and even TJ’s principal, to undermine the school’s selective admissions process. Their language consistently channels fashionable academic doctrines such as critical race theory (popularly known as CRT), which presuppose that all of society’s institutions are embedded with implicit forms of white supremacy.

The result is a proposal to replace the existing race-blind, merit-based TJ admissions system of standardized tests, grade rankings, essays, and teacher recommendations with a process based on random selection from among applicants who have a core class GPA of 3.5 or greater (and are currently enrolled in algebra). Fairfax County Public Schools (FCPS) Superintendent Scott Brabrand has branded this proposed new system a “merit lottery.”

The Quillette article deserves to be read in full, not solely because it demonstrates the outright grift being tolerated by FCPS administrators and teachers, but how deeply the grift and orchestration goes — including Virginia’s Secretary of Education and some erroneous propaganda on Blue Virginia (Virginia’s erstwhile progressive voice).

Meanwhile, Fairfax County’s Asian-American population gets to wonder whether they too will be on the punitive side of such anti-racism for the mere crime of having worked hard for their grades.

If one is raising concerns of hard work vs. laziness, or equity vs. self-reliance?  One might be asking the right questions here.