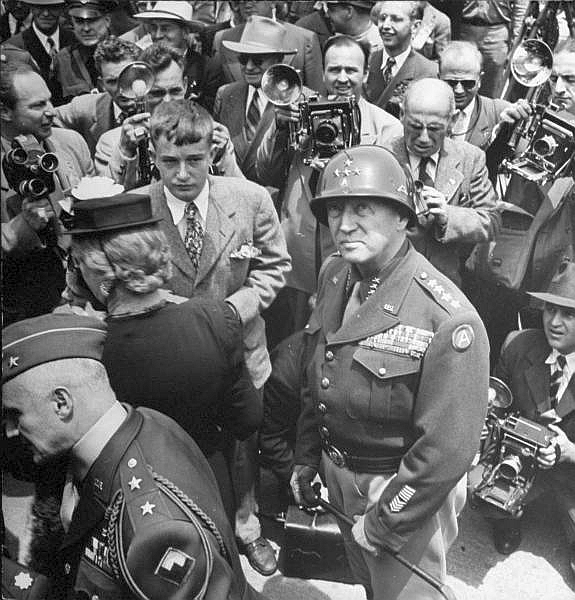 At a critical juncture in the Battle of the Bulge, General George S. Patton’s Third Army became bogged down in its drive to relieve the legendary 101st Airborne Division trapped at Bastogne, Belgium.

The besieged Americans defended the vital crossroads town from a German force that outnumbered them by nine-to-one in critical sectors.

Meanwhile, wintry conditions had grounded the Allied air force, neutralizing their advantage in the air.

That’s when Patton called upon the power of prayer.

Here’s what it said:

“Almighty and most merciful Father, we humbly beseech Thee, of Thy great goodness, to restrain these immoderate rains with which we have had to contend. Grant us fair weather for Battle. Graciously hearken to us as soldiers who call Thee that, armed with Thy power, we may advance from victory to victory, and crush the oppression and wickedness of our enemies, and establish Thy justice among men and nations. Amen.”

On the reverse side of the prayer card distributed to every GI under his command, Patton wrote:

“To each officer and soldier in the Third United States Army, I wish a Merry Christmas. I have full confidence in your courage, devotion to duty, and skill in battle. We march in our might to complete victory. May God’s blessings rest upon each of you on this Christmas Day. — G.S. Patton, Jr., Lieutenant General, Commanding, Third United States Army.”

The next day the skied cleared, American ground attack aircraft decimated the Nazis’ armored spearheads and the rest was history: