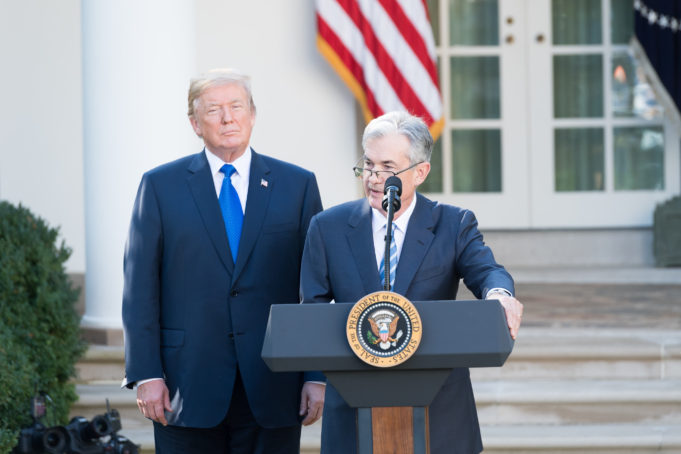 As stock fluctuations and rising central bank rates have caused some uncomfortably in the market over the past few months, quarterly domestic growth has remained strong, above three percent, and with 250,000 new jobs added in last month. Moreover, since November 2016, non-farm payrolls have increased by over 4.5 million, with the head of the Federal Reserve expressing confidence in U.S. economic strength while speaking on the institutions actions for next fiscal year.

Regardless, Chairman Jerome Powell said American markets will have to come to terms with rates rising in 2019 as the U.S. central bank works to control inflation. The Fed is expected to raise rates an additional quarter-point before the end of the year, despite having three quarter-point raises earlier this year when forecasts showed gross domestic product (GDP) increases were far above four percent.

Powell said during a recent conference that the global economy is slowing down from last year’s growth spike, but “overall the domestic picture looks good.” He added that there is a “gradual chipping away” of growth worldwide, but it is “not a terrible slowdown.”

“Our policy is part of the reason why our economy is in such a good place right now,” the Federal Reserve chairman said in a report from CNBC.

Factoring in the declining housing market and that the notion of potential growth with federal tax cuts that may last only through next year, the Federal Reserve is committed to increasing short-term interest rates in a gradual, but steady, manner. This came with backlash from President Donald Trump who has stated before that the central bank is the “biggest threat” to increases in domestic economic expansion.

Nevertheless, Powell maintains that the Fed is “independent and will continue to do what it thinks is best to maintain economic growth while keeping inflation under control and ensuring financial stability.” Though, the Fed’s policy has wiped away many increases in wages which have languished in the 10-year economic recovery since the Great Recession, but average hourly earnings have increased by 83 cents since last year, representing a 3.1 percent gain.

Also changing in 2019 is that Chairman Powell will be meeting with the press after all eight Federal Open Market Committee (FOMC) meetings, while the committee – seven members of the Federal Reserve Board, the president of the New York Fed, and four of the other eleven regional Federal Reserve presidents – has not wanted to make rate decisions without the public having the benefit of hearing the chair explain why.

“Certainly all meetings are live now, there’s no question about it now,” Powell remarked, cautioning markets that every meeting of the central bank will be broadcast live in case of the possibility of an interest rate hike.

The head of the Fed explained that going into next year, “Our goals will be to extend the recovery…and to keep unemployment low and inflation low.”