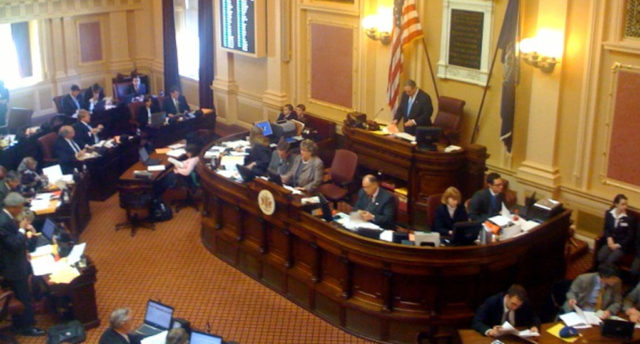 One of the first bills to gain traction during Virginia’s 2018 General Assembly Session is currently moving through the State Senate and is set to create a more relaxed approach to the commonwealth’s felony threshold. If passed, the bill will affect Virginians who are charged with stealing smaller-dollar items. On Monday morning, a Virginia State Senate panel voted to raise the dollar amount for a felony crime from $200 to $500, according to NBC 12.

Virginia has kept the threshold for felony larceny at $200 since 1980. Currently, the law on the books is tied with New Jersey as the lowest dollar minimum threshold in the country for a felony. To date, most other states in the U.S. have raised the dollar amount leading to a felony larceny charge in reference with rises in inflation over the years. According to inflation rates from the Bureau of Labor Statistics (BLS), stealing the minimum $200 of items in Virginia, the minimum of the felony threshold, in January 1980 is the same as stealing $633.74 in January 2017.

“Pursuant to the Code of Virginia, § 18.2-95, grand larceny is a felony and the threshold amount is set at $200 or more. Grand larceny in Virginia is punishable by confinement in a state correctional facility for one year to twenty years. Section 18.2-95 also gives the jury or court trying the case the discretion to set the sentence at confinement in jail for a period not exceeding twelve months or a fine of not more than $2,500, or both; however, it remains a felony conviction with all of the civil ramifications intact.”

The Senate bill, introduced by Scott Surovell (D-36), is seen as a compromise for the Republican-led Committee for Courts for Justice. The committee recently rejected a push by Virginia’s newly-elected Democratic Governor Ralph Northam to raise the limit to $1,000, which is seen as more relative to the minimums of most other states in the country. The bill will now move to the lower chamber, led by Speaker of the House Kirk Cox (R-66), to be voted on as conservative members have repeatedly shot down attempts by fellow lawmakers to raise the threshold in the past.

Former Democrat Governor Terry McAuliffe made efforts during his four-year term to advocate for raising the minimum threshold for felony larceny from $200 to $1,000. “It means if you are an 18-year-old who steals an iPhone today, you will be branded as a felon in Virginia for the rest of your life,” he said as reported by WAVY.