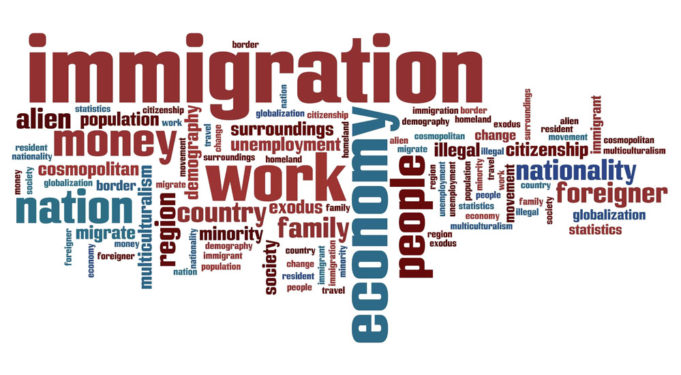 Before running for president, Trump was widely supportive of some solution under the Deferred Action for Childhood Arrivals (DACA) Act until taking a harder stance during his 2016 GOP primary race.

Yet shortly after his election, Trump softened a bit on the children of undocumented immigrants, reverting back to his previous modus operandi.  As recently as June 2016, the Trump administration angered his more hardline right-wing immigration activists by refusing to wind back DACA.  In a July 2016 interview, Trump admitted to CNN that the decision was tenuous at best:

He added, “There are two sides of a story. It’s always tough.”

So what would comprehensive immigration reform look like? What would the framework be for securing the borders, maintaining a focus on economic vitality, provide a legal pathway to citizenship, all while implementing a strict E-Verify system?

This is where a couple of efforts conflate, but none is stronger than the FWD.us coalition to attempt to craft a bipartisan package to do precisely that.

The scope of the problem is encompassed by the Migration Policy Institute’s overview of two bills put forward in the U.S. House and U.S. Senate:

What we are looking at is a $900bn problem over the course of 20 years — or at least, deferred benefits to the U.S. economy if immigration reform is not passed by this Congress.

This is where the Trump administration runs into its own logic of “they’re [Mexico is] not sending their best and brightest” — in this instance, not only would this be the best and brightest indeed, but these are young men and women who are not only the best and brightest, but completely acclimated to American culture and ideas if for no other reason than the United States is the only country they know as home.

Nor are we talking about legalizing 8-20 million human beings.  In truth, we are talking about a tiny fraction of that number earning citizenship, restituting the United States, and lifting the U.S. economy.  In fact, total numbers in the U.S. House version are just over 900,000 DACA recipients — anywhere from 5-10% of the total number of undocumented immigrants present illegally in the United States. 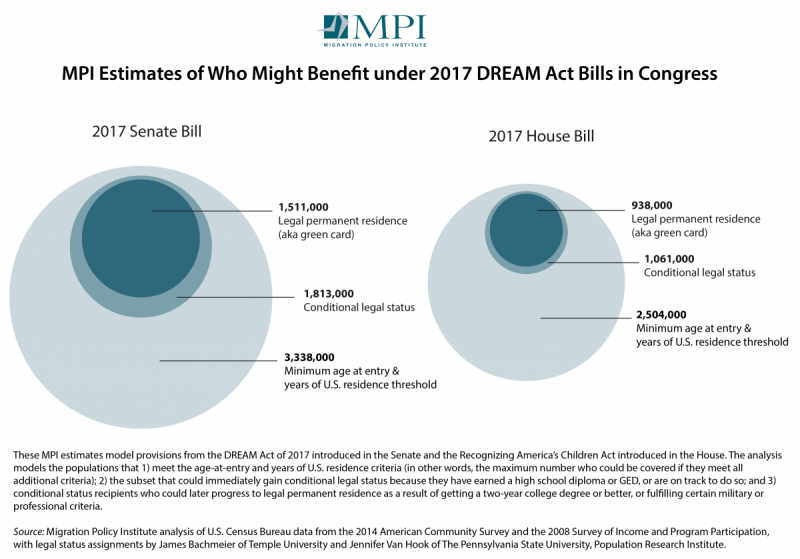 The question remains: Will the president accept such a program, even with a big heart?

There are reasons for optimism here.  First, Trump is desperate for a victory on immigration reform that will last.  FWD.us and the MPI proposals are literally an olive branch from the center, not the right or the left — an easy slam dunk.

Second, there is a great deal of impetus within Congressional leadership to get something done before midterms, thus robbing the Democrats of one of their few policy planks on a pathetically weak policy platform thus far.  Such political calculus is perhaps somewhat base, but it is nonetheless part of the calculus.

Last, Trump is being offered virtually everything he is asking for on the border wall and lasting tax reform.  Given that the House and Senate Republicans are ready for party-line votes in this regard, the budget bill should not be a difficult hurdle to jump.

Given the opportunity to take on the Democratic Party square on in 2018 as they defend Senate seats by removing perhaps the single most risible issue from the calendar is a golden opportunity for the Republicans to demonstrate a willingness to lead in a bipartisan fashion.  What’s more, it may very well be more consonant with Trump’s character versus the rhetoric of the campaign trail.