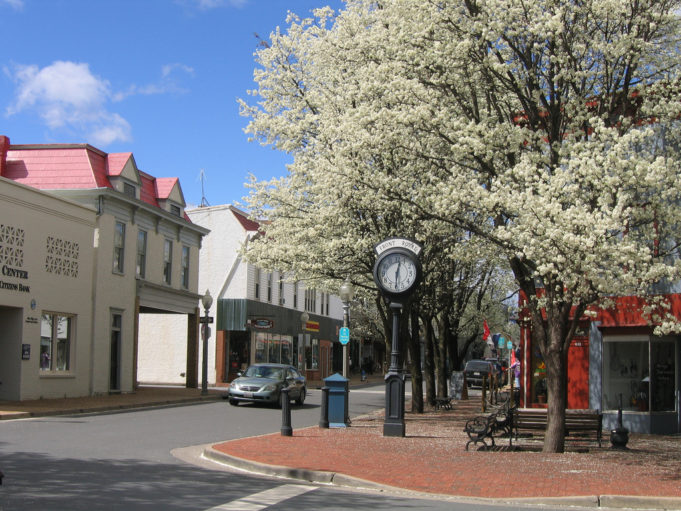 It isn’t often that The Republican Standard features other political parties. Well, when we say often, we mean never. After all, it’s in the title.

Regardless, it also isn’t often when new political parties surface considering the U.S. is a two-party system, barring a few raucous Libertarians and middle-of-the-road Independents, of course. It seems though that even when people have their choice of the Republican Party, the Democratic Party, the Constitution Party, the Green Party, the Reform Party, and other even more obscure political parties like the Pirate Party, that isn’t enough of an umbrella of ideas for some.

This takes us to Front Royal, Virginia. Yes, that’s actually a town, and, no, there’s no “Back Royal,” as many have asked.

Recently, local attorney and Virginia Beer Museum proprietor David Downes was “frustrated” that some of the members of the Front Royal Town Council have been endorsed by the Warren County Republican Committee. According to the Royal Examiner, Downes stated this is “specifically prohibited by the Town Charter.”

In a recent interview, the man explained that the endorsement of candidates and members “flies in the face of this spirit of the Town Charter’s prohibition on the identification of party affiliations on the ballot.” He explained that towns – like Front Royal – that prefer to focus on the best-qualified candidates over party politics often employ such a rule in their charters.

Therefore, the proprietor of the Virginia Beer Museum has formed, in all seriousness, the Warren County Beer Party, which is now an official political action committee registered with the Virginia Department of Elections.

“The Warren County Beer Party takes no position on state or national level politics,” Downes said. Instead, the WCBP seeks the “best-qualified candidates at the local level and strives to counter the unfair advantage and bias inherent with the endorsement of the Warren County Republican Committee.”

According to the party’s Facebook page, candidates and elected officials supported by the Warren County Beer Party:

Downes says his party is a non-connected political action committee that is open to all citizens that want to improve and revitalize Warren County, Virginia, and downtown Front Royal. For this, “beer” is not just another word in the name, it’s actually an anagram.

The WCBP hopes to level the playing field in what should be non-partisan local elections. “This is the party that will attempt to resolve our differences over a beer instead of entangling ourselves in the quagmire of state and national politics,” the group’s description states.

Currently, the Warren County-based group has 177 members on Facebook, which is actually more than the 127 votes Libertarian candidate Cliff Hyra received in the 2017 gubernatorial race in the county, according to the Virginia Public Access Project (VPAP).

As taverns and beer halls were the traditional birthplace of may political parties, even the Declaration of Independence, Downes said, “We should embrace our heritage where great ideas were given birth at the local tavern from our ideals of freedom at the Raleigh Tavern, the birth place of the United States Marines at Tun Tavern, to the creation of Warren County at Lane’s Tavern.”

“The Beer Party hopes to bring back those days of reason by offering an alternative to the divisiveness that permeates our current political parties. The color purple best represents the goals of combining the best of Red and Blue Parties by forming the Purple Party. Like our town politicians, they should be selected because they are the best qualified for their jobs and not because of party endorsements,” he added.

Interestingly enough, the Beer Party may have something going for it. It actually promotes something to do within the party aside from knocking on doors and hearing nothing but “Roberts Rules of Order” at party meetings. If you join the Beer Party, you get to act out the mascot.

Democrats don’t get to ride around on donkeys, Libertarians don’t receive a porcupine upon concourse, Whig partiers don’t wear wigs, and Republicans don’t get to hangout with elephants – although some of us here at TRS would enjoy that very much (they’re quite good painters).

So, if you give a man a beer, you quench his thirst. But, if you teach a man to beer, you make him drunken with the patriotic spirit that harkens back to the days when lawmakers guzzled down a pint (or gallon) of best with twigs and leaves floating in it at the local tavern, then went out to declare independence from something.