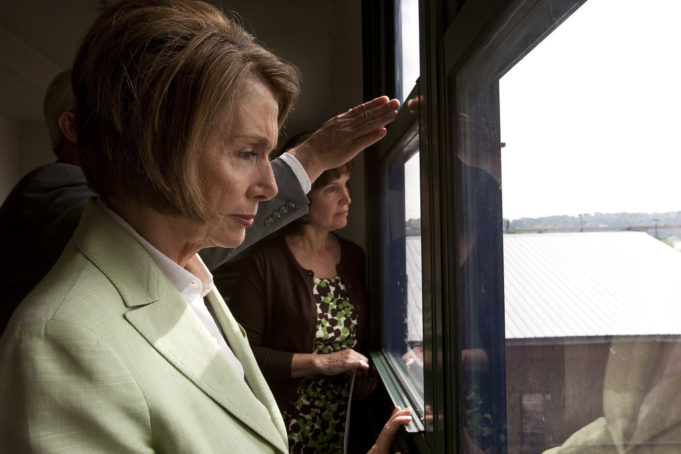 Last Friday, President Donald Trump accepted a three-week funding deal from congressional Democrats to reopen 25 percent of the federal government after it had been shuttered for 35 days. The president said in his speech in the Rose Garden of the White House that a bipartisan contingent of lawmakers from both the House and Senate would meet to develop a border security funding proposal before the deal’s deadline on February 15.

Trump said that if his $5.7 billion request in funding for the proposed U.S.-Mexico border wall was not met, he would either shut down the federal government once more, or rely on his presidential emergency powers to construct his campaign promise.

AP reports that the latest negotiations between President Trump and Speaker of the House Nancy Pelosi have resolved little. The Democratic speaker has reiterated that there will be no money for the border wall in any deal to fund government agencies past February 15.

After yesterday’s beginning to the funding negotiations, Trump took to Twitter to say that Republicans are “wasting their time” trying to negotiate with Democrats.

“Democrats, despite all of the evidence, proof and Caravans coming, are not going to give money to build the DESPERATELY needed WALL,” he said.

Following the acceptance of the $1.3 billion in border security funding from Democrats to reopen nine federal agencies, the new proposal from the majority party in the House of Representatives includes money for customs agents, scanners, aircraft, and boats to patrol the border, and funding to provide humanitarian assistance for migrants. However, Trump is adamant that the wall be built, which leaves Americans wondering if the government will close down once more, leaving hundreds of thousands of federal employees fearing for paychecks.

In the run-up to the State of the Union address, set to air on Tuesday, February 5, after being rescheduled by Speaker Pelosi due to the shutdown, President Trump has explained that he will stress “unity” in his speech to Congress and the American people.