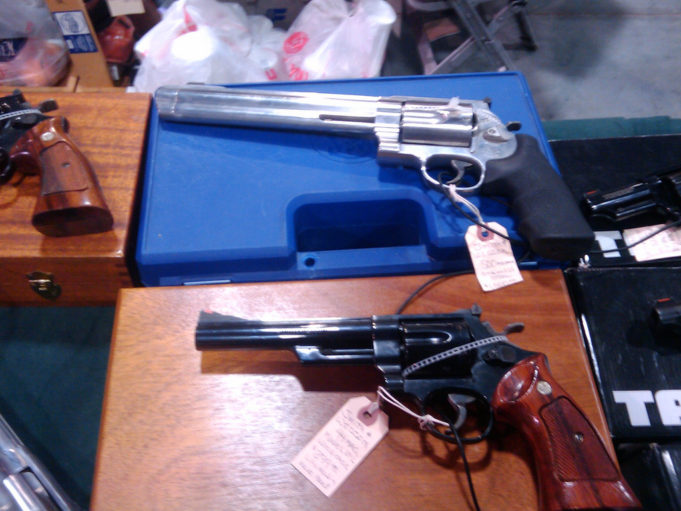 The debate on gun control is alive and well in state legislatures across the nation, as well as at the federal level. When Democrats arrived at the General Assembly in January, they were both ambitious and optimistic to control the legislative agenda on gun control with their near-majority. However, just over half way through the session, they have yet to accomplish anything to restrict gun sales or people carrying firearms.

One of the first legislative measures to hit the floor in the 2018 session was House Bill 41. Sponsored by Delegate Mark Levine (D-Alexandria), the bill would have banned the sale of “bump stocks.” The mechanical devices allow for a semi-automatic weapon to have the capability of a fully-automatic weapon, a capability seen by progressives as “unnecessary.” The House Militia, Police, and Public Safety Committee, which touts a Republican majority, voted the measure down on a 4-2 party-line vote.

Bump stock bans were widely-popular throughout the nation after the Las Vegas Shooting in October 2017. Although protests from many gun control activists crowded nightly news cycles, President Donald Trump announced recently that he is moving towards a federal ban of the rapid-fire devices.

House Bill 602, introduced by Delegate Betsy Carr (D-Richmond), would have required those seeking a concealed carry permit to undergo testing to demonstrate competence with a handgun. The bill was also voted down 4-2 by a subcommittee.

In a report from WTVR, Philip Van Cleave, president of the Virginia Citizens Defense League, explained that members of the public should not have to complete a full training course in order to buy a gun. He said, “we’re not police officers. We don’t need the same amount of training to carry a gun.”

Delegate Patrick Hope (D-Arlington) put forth legislation that would have prohibited any person from “importing, selling, bartering, or transferring” magazine that was designed to hold more than 10 rounds of ammunition. For years, gun control activists have pleaded for the elimination of high-capacity magazines. However, outside of California, state legislatures have not budged on the requests. House Bill 927 which sought to do the same failed on a 4-2 party-line vote.

Even though Republicans have a one-member majority in the House, they hold a significant majority on many subcommittees. Consequently, any gun control measures that are discussed and voted on in subcommittee are victim to fierce political opposition. Additional bills put forth by Democrats to close the “gun show loophole” and creating a new “Stop Gun Violence” license plate also failed to gain traction in the General Assembly.

Republicans are not only blocking gun control measures from their Democratic counterparts, but they are moving forward with increasing access Virginians have to guns and where they can carry them. Some lawmakers have called for allowing teachers to have the ability to carry concealed weapons in classrooms as an additional line of safety between students and the possibly of a mass shooting.

Spurred on the the Texas church shooting last year where 26 parishioners were killed, Senator Ben Chafin (R-Tazwell) responded by change Virginia’s law to allow firearms in place of religious worship. In a report from the Alexandria Gazette, Senator Chafin spoke about the matter on the floor of the upper chamber.

Senator Chafin sponsored Senate Bill 372 which repeal the, “statutory prohibition on carrying a gun, pistol, bowie knife, dagger, or other dangerous weapon, without good and sufficient reason, to a place of worship while a meeting for religious purposes is being held at such place.” The measure passed the Senate by a 21-18 vote and was sent to the House Rules Committee for further discussion.

For Republicans, the contention over legislation on gun control is a debate between good and evil. State Senator Dick Black (R-Loudoun) spoke on the floor after the Florida school shooting. He said, “The idea that we disarm people in the schools, we forbid out teachers and our staff from carrying concealed firearms, is a mistake.”

National Rifle Association (NRA) Executive Director and CEO Wayne LaPierre launched into defending gun rights from the stage of the Conservative Political Action Conference (CPAC) this week. In a CBS report, LaPierre explained at the conference that calling schools “gun-free” zones makes them an easy target for shooters. His rhetoric mirrors that of President Trump who says schools will be better protected if they are armed.

Echoing the philosophic stance among conservative Virginia lawmakers, LaPierre said, “Evil walks among us, and God help us if we don’t harden our schools and protect our kids.”