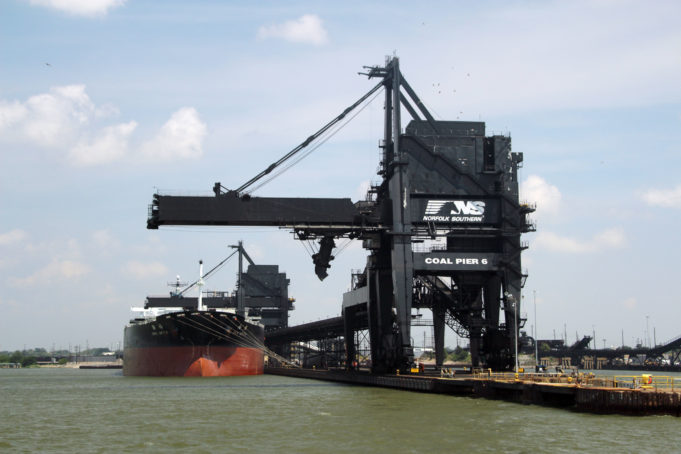 Everything looks good in coal country as exports in 2018 have been booming. Virginia is now leading the nation as the number one exporter of the product, with exports out of the Hampton Roads region skyrocketing.

During the first financial quarter of 2018, 10.3 million tons of coal were shipped out of Hampton Roads, a 16 percent year-over-year increase. At the same point in 2017, 8.9 million tons were exported, according to the Norfolk-based T. Parker Host Inc., the largest dry bulk-carrying ship agent in the country.

Leading the way in total volume was Norfolk Southern’s Pier 6 at Lamberts Point in moving 4.6 million tons from January through March. At that single pier, there was a 19 percent year-over-year increase, according to a report from The Virginian-Pilot.

Though, the volume from Kinder Morgan’s Pier IX, also in Newport News, fell 17 percent to two million tons, down from 2.46 million tons in 2017.

The dichotomy of the world coal market is split between thermal, or “steam” coal, used in electrical power plants, and metallurgical, or “met” coal, used in the production of steel. Currently, the majority of the exports in Hampton Roads is metallurgical coal from Central Appalachia mines, transported to the coast via CSX Corp. and Norfolk Southern trains.

The increases come on the back of soaring numbers in 2016 and 2017. During that time frame, exports numbers increased by 58.8 percent.

The U.S. Department of Energy said in the month of February that coal consumption has decreased domestically. Though, higher demand in Asia and Europe is driving the market, leading to greater coal production in the U.S. and bolstering export numbers throughout the country, especially in Virginia.