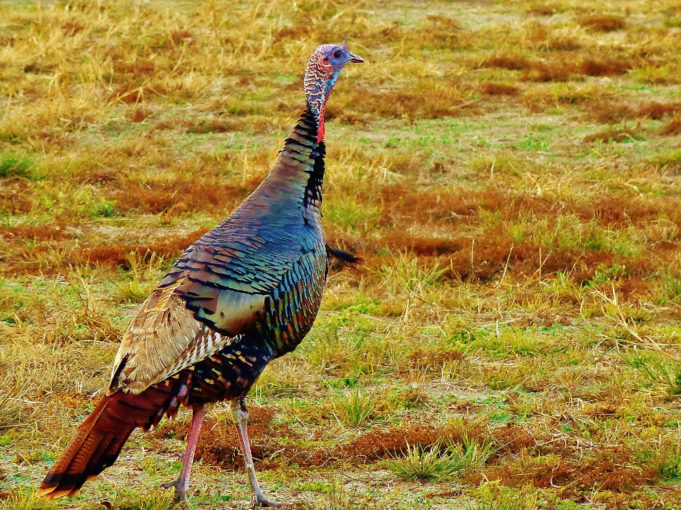 For those who still consider Thanksgiving to be a Massachusetts-based holiday, take time on this day of festivities, food, family, football, and prayer to understand that Virginia is where the story started. As nearly all schoolchildren across the country learn about the history and tradition of the Thanksgiving holiday, educators spend quite a lot of time on the situation in 17th Century Plymouth Rock where settlers in funny hats got out of boats and were met by romantically-remembered Native Americans with cornucopias full of fish and vegetables.

Though, that is not exactly what happened nearly four centuries ago in the America that was still considered the “New World.”

In December 1619, 38 English settlers traveled up the James River through its many tributaries and landed at “Berkeley Hundred,” an 8,000-acre swath of farmland along the north bank of the James. The land grant, which is situated approximately 24 miles from the state’s capital of Richmond in Charles City, was given one year prior from the Virginia Company of London to Sir William Throckmorton, George Thorpe, and George Yeardley, the governor of the then-British colony, to colonize and establish European roots on the North American continent.

When the Bristol, England-based Margaret, a 35-foot-long, 47-ton schooner piloted by Captain John Woodliffe, landed in Virginia 399 years ago, the London Company proprietors directed the settlers after a 10-week-long treacherous journey across the Atlantic Ocean to pray at Berkeley Plantation:

“We ordaine [sic] that this day of our ships arrival, at the place assigned for plantacon, [sic] in the land of Virginia, shall be yearly and perpetually kept holy as a day of Thanksgiving to Almighty God.”

Therefore, the tradition of Thanksgiving was established two years and 17 days before the Pilgrims arrived in the New World aboard the Mayflower at Plymouth Rock in Massachusetts. Furthermore, it is vitally important to note, the first actual Thanksgiving was not a celebration of deep-fried turkeys between New World transplants and Native Americans, it was a celebration of prayer. Historians are led to believe that there was nothing left on the Margaret to eat but a few rations left from the port in Bristol, but some say that a well-deserved meal of oysters and ham was eaten, but out of necessity, not celebration.

So what’s the reason why many think Thanksgiving is still a Massachusetts-founded American holiday?

Thanksgiving was celebrated at the now-venerated Berkeley Plantation following their landing in 1620 and 1621. However, on March 22, 1622, according to The Washingtonian, the Powhatan tribe native to Central Virginia came to the realization that the English settlers intended on expanding their foothold in the New World, while attempting to “civilize” the Native American people. The indigenous Virginians attacked the settlers led by Captain Woodlief one day in determined defense of their land, killing 347 people, nearly everyone in the Charles City encampment. Although Woodlief survived, soon after Berkeley Hundred was abandoned and lost to centuries past.

One other reason that Plymouth may get a better reputation than Berkeley Hundred is that there was a large emphasis on a festive harvest meal with Pilgrims and Native Americans in Massachusetts. Meanwhile, in Virginia, the Thanksgivings in the early days were religious services, which were only around for two years before the native people wiped them out after English encroachment on their land and into their culture. The latter of which inarguably sounds less appealing to many as a fun-loving story of the first Thanksgiving.

Nevertheless, Berkeley Hundred also maintains its status as an American historical icon, being once the residence of Benjamin Harrison V, a signer of the Declaration of Independence and three-time Virginia governor, and his son, William Henry Harrison, the ninth U.S. president.

Some measures, albeit a bit extreme, have been taken in the past to ensure that people understand that Thanksgiving is a Virginian, not a Massachusettsian historical event. In November 1961, Virginia State Senator John J. Wicker (D-Richmond) – who also sent a telegram to President John F. Kennedy criticizing him for crediting his native Plymouth Rock Pilgrims as holding America’s first Thanksgiving – took it upon himself to fly to Boston to settle the controversial origin of Thanksgiving with Governor John Volpe of Massachusetts, while dressed in colonial garb to give both proper historical documentation and live turkeys to governor.

Then-President Kennedy corrected his previous comments in 1963, giving credit to the Virginian origins of Thanksgiving. Nowadays, the Virginia Thanksgiving Festival, Inc. carries on defending instances of northern aggression on a Commonwealth-derived national day of festivities and prayer.