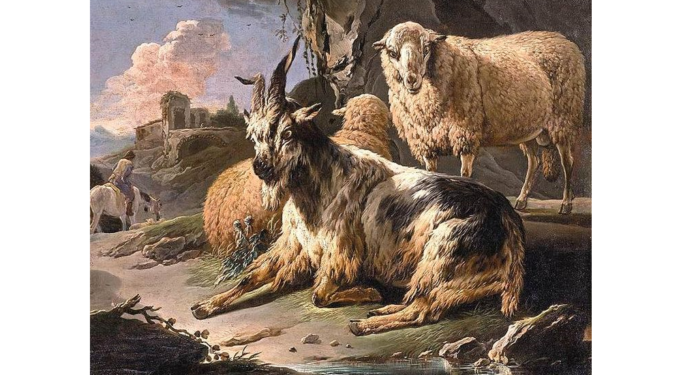 Godly men and women from across the nation have put their signature to a document recently affirming orthodox Christian morality that has been held since the advent of the New Testament Christian Church. If you haven’t heard of “The Nashville Statement,” you probably found this article by means other than Twitter or Facebook.

While not nearly as big a news story as Hurricane Harvey, its impact has done more to stratify Christians who affirm the sovereignty, goodness, and justice of an objective God, and professing Christians who cling only to the “lovingness” of God (so long as that lovingness conforms with their predisposed subjective ideals of love).

The statement is, for the most part, absolutely redundant – although it is a needed redundancy. It not only reaffirms moral objections to sexual perversions (such as homosexuality and transgenderism), but it also (perhaps more incisively) reaffirms the Church’s obligation to love those who practice such perversions.

Here’s what it’s not: It’s not a homophobic, transphobic, or x-phobic document that summarily condemns those involved in an “alternative lifestyle” as never capable of receiving the grace of Christ.

But to see the objections from the more liberal wings of Christianity, you would think the statement is outright total warfare against anyone practicing homosexuality and/or transgenderism, as well as against any who wish to tolerate validate those practices as sanctioned by the Almighty God.

I’ll list some common objections I’ve seen (and rather than link to them, just search Twitter for #NashvilleStatement, or Facebook for the same). But before I do, I think it is worth noting that the objectors to the statement are much louder and much more active than the millions of orthodox Christians who would affirm such statement. I note it because an appeal ad populum does NOT negate the truth of an opponent’s argument. If one were to say that “more professing Christians in America reject the Nashville than affirm it, therefore it is worth rejecting,” they would not be making any claims as to the validity of their argument or their opponents’. Their only claim would be to the subjectivity of the people’s opinions.

I will earnestly try to be faithful to the objections made, and not deliberately set up men of straw for me to tackle.

Number 1: God loves all people, including LGBT people, and therefore we should not judge their lifestyle.

Response: This is true, insofar as the love God extends benevolently and beneficently toward his creation; but it is not the case – nor can scripture support the case – that the complacent love of God extends to all people. “Complacent” is a theological distinction that defies modern primary connotations of the word; rather it has its roots in the Latin verb compleceo, complecere, which is “to please exceedingly.” The complacent love of God is active when we have been given the righteousness of Christ and our sins are cloaked by His perfection. Without the atonement of Christ, we cannot ever hope to “please exceedingly” the God who is perfectly just. When we deny His moral law based on contemporary social mores in order to “fit in,” we are in sin. When we affirm a social more that is contrary to the law of God as righteous, sanctioned, and in conformity with His will, we are not just in sin – we are in blasphemy. The complacent love of God – that love which is extended to His elect in salvation – is not the same as a benevolent love for creation, or a beneficent love in divine providence. We can surely understand the distinction, as our own extended love is distinguished in very similar ways. Remember, just because the incarnate Christ associated with tax collectors and prostitutes did not mean he was affirming their sin as righteous.

Response: Even if I accept that they are speaking only about the Son of God in his statements as recorded in the New Testament, I think this is a premise worth rejecting. Jesus did speak of marriage and relationships appealing ad geneses, or to beginning principles, when He spoke of the nature of Adam and Eve’s design. But that’s beside the point. Jesus did speak against what we call homosexuality and other perversions of heterosexuality numerous times – In the Old Testament.

You object? Then either you admit Jesus is not God or He can change his objective moral law. You still object because “God hates shrimp?” Then you do not understand the distinction between the moral law, the ceremonial law, and the civil law.

You still object? Then the Apostle Paul was a fraud and the entire Gentile church is founded on a ministry of fraud.

Understanding there are very sophisticated and acrobatic objections to the clear Old Testament and New Testament teachings prohibiting homosexuality, et al., the evidence for a clear interpretation is overwhelmingly on the side of orthodoxy.

Number 3: Jesus was perpetually tolerant of all lifestyles, and we should emulate likewise in our daily living.

The second answer is to outright dispute that Christ was perpetually tolerant.

If the gospels spoke explicitly of persons performing homosexual activity within the narrative of the life of Christ, I believe that Christ would have sat down with them, had dinner with them, conversed with them, spoke to them as any other sinner. But as soon as they would have proclaimed their actions to be, not just in conformity with the will of God but an affirmation of His approval, the proverbial hammer would have come down – just as it did with the Pharisees and the money-lenders.

Loving our neighbor in sin is not the same as celebrating that sin in the name of God.

As soon as we sanction a sin as being in conformity with and receiving the approbation of the nature of God’s design, we are engaged in heresy and blasphemy.

I’m convinced, after reading the hundreds of objections to the Nashville Statement, that the professing Christian Church is due for a necessary stratification – to separate those who affirm the immutable, objective sovereignty of the creator of all things; and those who would create God in their own image.

I will give one brief final response to a common objection, and that is that the Bible speaks far more often of greed than it does of homosexuality. This is absolutely true, and we should fight against greed with as much vigor as we can. But the problem now is not that greed and homosexuality are viewed as equal sins, but that greed is nearly universally condemned while homosexuality is more and more being praised as a virtue. That forces arguments against the latter to be more vociferous and resonant.

Lastly, I would say in praise of the Nashville Statement, is they got it right when they defined the root cause of transgression as our “self-conception.” Our self-conception is an existential – and ultimately meaningless – conception, especially to those who affirm the existence of a sovereign God. What really matters – ontologically – in our relationship as the creation to our creator is not our self-conception, but the conception of our maker given our current objective condition. May we always remember our condition is sinful and deserving of wrathful judgment, but for the grace of Christ.