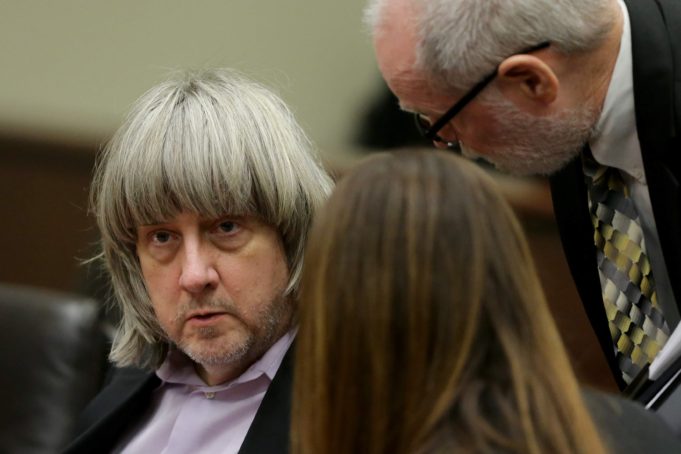 Since the publication of my last article, which linked to The Week’s piece by Damon Linker titled, “The Sickening Danger of Homeschooling,” many other publications have raised the alarm about lax state regulation of homeschool liberties. Many of these purport that the monstrous Turpins fit within a pattern evident from homeschool families of torture and fatality.

I want to be very clear up front that I am in no way attempting to undermine any organization’s efforts to make educational options for young children more safe and more available. I believe there are many concerned organizations that see a pattern and have the best of intentions in eliminating, or limiting, the harm posed by those patterns. This is NOT an article meant to disrespect the end-state of any organization advocating for safer educational options. We may disagree on the method to eliminate danger, but I think the conversation can be civil.

In my previous publication, I provided some very rough statistical estimates about incident rates of non-accidental fatalities – and I stand by my methodology and conclusions. However, I believe it would be educational and informative to show a little more soberly and specifically how fatalities by abuse and neglect compare between homeschool families and non-homeschool families.

Given the available data, I did have to make some estimates on years that data wasn’t measured or projected (using linear and/or polynomial trend lines), and other elementary statistical methods to ascertain data points. To be sure, my numbers are not exact measurements, but I am 95% confident that if they are off it won’t be by more than one standard deviation.

I discarded the comparison between abuse/neglect-fatalities in homeschool families and fatalities AT public schools – because public-school children do not spend their entire life AT a public school. They too go home to a family. It is not a fair comparison in my opinion to compare only the abuse/neglect-fatality rates at homeschool family homes and those at public institutions.

Instead, I chose to analyze the abuse/neglect rates between families – not institutions. To do so required some statistical estimation (because data was not available for all years in the sample), but I still think it’s the fairest comparison to answer the question:

I maintain there is no statistical evidence to support any correlation of homeschooling as a significant risk factor.

Applying that same methodology to both the homeschool and non-homeschool population over a period of 5 years, we can see that over time there is no significant difference, though it does show the rate among non-homeschooled children to be slightly higher.

Here is a table showing the rates from 2011 to 2015, which years were chosen because of the abuse/neglect fatalities data available.

As one can see, overall, there is very little statistical difference. However, it is important to note that according to Homeschool’s Invisible Children (HIC), their dataset is incomplete, and it sometimes takes years to identify an abuse/neglect fatality as one coming from a homeschool family. I trust that their 2017 data will continue to increase, but data would stabilize as they go further back. I do believe that these increases could also be offset by eliminating cases in which the fatality had nothing or very little to do with homeschooling;  such as the case of Markea Berry, in which Georgia’s state child protective service had actually opened a case, but dropped it after trimming their caseload. I do grant that this ventures into the realm of subjectivity.

I think it would also be beneficial to show the fatalities per million if ages 3 and 4 were considered as well. My reasoning is that approximately 55% of 3-4 year old children are sent to some sort of kindergarten, preschool, or daycare. Furthermore, many homeschool families begin schooling before the age of 5. The reason the table above does not reflect that is because I could not find any fatality cases in their database for children under 5 years old (presumably because this is traditionally the beginning of school-age children). I would welcome HIC to include in their dataset 3-4 year old homeschooled children, as well.

If we did consider 3-4 year old children the rates would look like this:

While I acknowledge that the homeschool side of the table may be incomplete (even more incomplete than HIC currently recognizes) due to the inclusion of 3-4 year old children, I believe the significant difference in fatality rates per million speaks loudly. The number of homeschool fatalities (age 3-4) would have to increase by 45% to match the non-homeschool fatality rate. It’s possible, but I don’t think it’s plausible.

I think based on these statistics, it’s very clear that – at the VERY least – homeschool families are on average NOT MORE LIKELY to engage in abuse and neglect. So why the cry for increased legislation, regulation, and government intervention?

It’s easy to say, “if it saves just one child, it’s worth the cost!” But while I sympathize with this sentiment, there are many more variables involved here – some of which are EXTREMELY difficult to measure – when considering a cost-benefit analysis on this topic.

Contrast that with the national average of around 3.4%. This means that approximately 25,000 students in Massachusetts, and 50,000 students in Pennsylvania were not participating in homeschool on average with the rest of the country.

Now if we consider that homeschooled children graduate college more often, earlier, and with higher grades and scores, we can start to gain a picture of the cost of that regulation. This is 75,000 students who, on average, may not contribute positively to society, their communities, and their families to their full potential. Perhaps they won’t make as much money in their vocation. Perhaps they won’t get the vocation of their choice. Perhaps they won’t gain the education necessary to understand how to deal with their emotions and that abusing their own children is not okay (abuse – whether upon a child, at the workplace, or on patients – has been linked to lesser education levels).

I’m NOT making a case here that ALL children should be homeschooled because of these figures. All I’m pointing out is that burdensome regulations could (and do) discourage and frustrate the POSITIVE impacts that homeschooling has on our society as a whole. And while one abuse/neglect fatality is NEVER okay, preventing it with government regulation as the solution may very well come at the expense, not just of taxpayer dollars, but also at the socioeconomic well-being of future generations.

I am with HIC and the Coalition for Responsible Home Education (CRHE) in their endstate of reducing fatalities due to abuse and neglect, making homeschooling safer, and making more options for education available, and I greatly respect the work they are doing. How we get there is a matter of continued conversation and discussion. And there is no reason why we can’t keep that conversation civil.

Update: In my haste in the original post, I made two errors which resulted in an embarrassing portion of this publication, and implicated burdensome homeschool regulation in Connecticut as well as low participation. Thank you to Donna Person for the correction on both fronts, which actually confirms the prediction that lower-regulated states have higher participation rates. An explanation of the errors (as well as better homeschool data for Connecticut) is in the comment section: http://disq.us/p/1pk675m.

I have updated this article with more reliable data which still includes Pennsylvania, but substitutes Massachusetts for Connecticut.

In Connecticut, only 0.27% of students are homeschooled, and in PA only 1.01% are. These are among states with the most burdensome homeschool regulations and assessments.

Contrast that with the national average of around 3.4%. This means that approximately 20,000 students in Connecticut and 50,000 students in Pennsylvania are not participating in homeschool on average with the rest of the country.

Now if we consider that homeschooled children graduate college more often, earlier, and with higher grades and scores, we can start to gain a picture of the cost of that regulation. This is 70,000 students who, on average, may not contribute positively to society, their communities, and their families to their full potential.