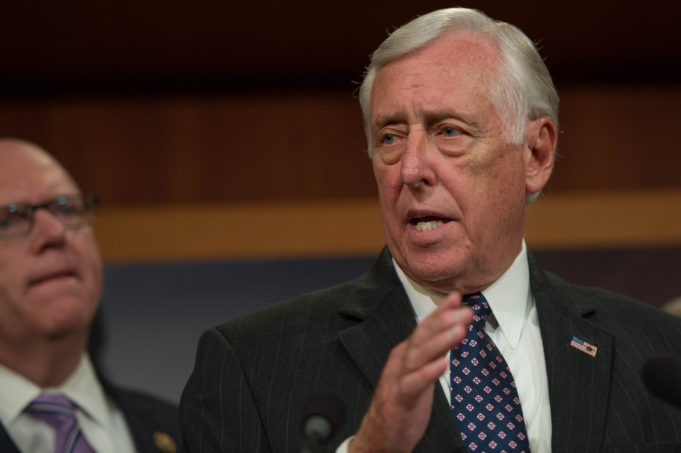 The hypocrisy among Democrats is now threatening a bill set to fund the federal government, funding for the Children’s Health Insurance Program (CHIP), and many other measures for which the House Republicans have voted in favor. In regards to the tremendous resistance from Democrat lawmakers, the Trump Administration is enacting all measures to ensure the federal government will be open tomorrow morning. The White House has also decided to coin a Trump-style phrase of “Schumer Shutdown” to blame the Democrats for the budget standoff which is over the Deferred Actions for Childhood Arrivals Act (DACA), an unrelated entity to federal funding.

Republicans have been hard at work to avoid the looming government shutdown that will happen just after midnight tonight. However, political brinkmanship from the Democrats, especially in the Senate, has come in between the workings of a bipartisan spending bill. Late Friday morning, Democrat Congressman Steny Hoyer (MD-5) took to the House floor to charge lawmakers with his final decision – a decision to leave the American people.

The seemingly unprecedented hypocrisy from the gentleman from Maryland will undoubtedly harm his chances to be seen as “a man of the people” in the future. Congressman Hoyer’s unrelenting resistance to the democratic process by which the chamber operates to serve the American people is outstanding.

It is unclear if Congressman Hoyer understands the implications of his actions. He and the Democrats are putting the chokehold not only on Republican lawmakers, but the children aided under CHIP, and America citizens who just want a functioning government. It is apparent he and his fellow liberal lawmakers have no interest in bargaining or reaching across the partisan aisle.