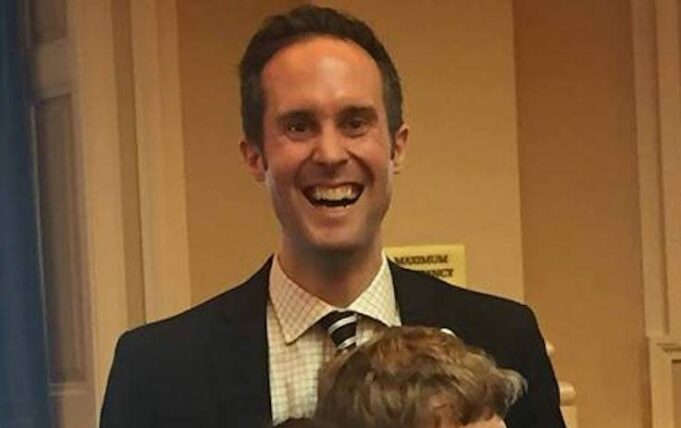 He may not be a card-carrying Socialist, but Democrat Del. Schuyler VanValenburg certainly identifies as one.

At least that’s what he wrote in a Facebook post before the 2017 General Assembly elections. VanValkenburg, a Democrat from Henrico County, is seeking re-election in the 72nd House District.

“I identify as a socialist in many ways but the reality is that identification isn’t getting elected president,” he wrote in a response to a Facebook post in 2017.

The remarks were first reported by the Washington Free Beacon.

Socialists can only advance their agenda via Democrats, he noted, since socialists have difficulty winning elections.

Nonetheless, Democrats at both the national and state level have developed quite a taste for socialist policies in recent months. A number of Presidential candidates, including self-identified socialist Sen. Bernie Sanders, have proposed the abolition of private health insurance in favor of a government-run system.

At the state level, more than 35 sitting Democrat legislators and candidates have signed off on the “Virginia Green New Deal” that would phase out all fossil fuels in Virginia in favor of a “clean energy plan,” along with a jobs program for displaced workers.

In the end, only 12 Democrats voted to support the plan on the floor of the House, but more are

Democrats already had one self-avowed socialist in their midst in the form of Del. Lee Carter, D-Manassas.

Carter is something of a celebrity in socialist circles, being one of the few to hold elected office anywhere in the U.S. A fierce critic of capitalism, Carter has introduced legislation to repeal Virginia’s Right to Work law and allow government employees to strike.

With VanValkenburg’s comments, the number of self identified socialists in the Democrat caucus has now doubled.