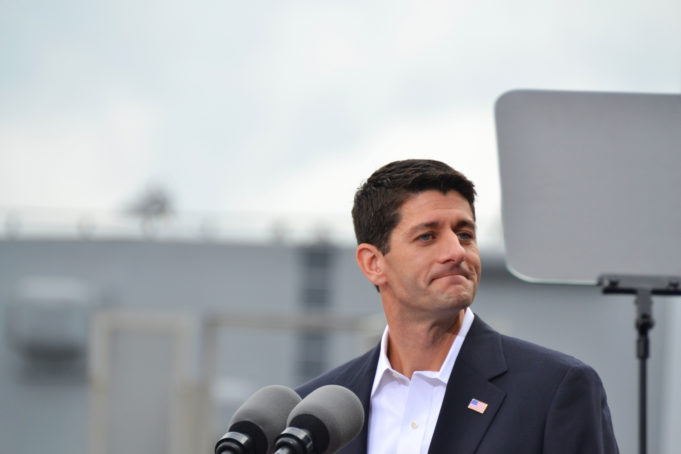 On Wednesday morning, Speaker of the House Republican Paul Ryan (WI-1) announced that he will not seek re-election in the 2018 midterms. Serving his Wisconsin district since 1999, Ryan was elected as speaker of the House in 2015.

At a press conference this morning Ryan told reporters that his main reason for the decision was that he would like to spend more time with his children, claiming that he did not want to seem like a “weekend dad.” Within the last few days, sources close to the speaker explained that Ryan was discussing seeking just one more term in Congress and retiring after the 2019 session.

Although the speaker will not seek re-election, he will not be stepping down either. He will serve through the remainder of this year and into early next year.

When asked about his departure affecting other congressional races across the country Ryan said, “whether I stay or go will not affect an individual’s race for congress.” He also added, “We [Republicans] will be fine as a majority.”

As for the shifting national narrative coming against President Donald Trump more, Ryan explained that the next speaker must work in tandem with the White House to provide legislation that all Americans want.

Reporters asked about a possible “blue wave” coming in the 2018 midterm elections and Ryan replied, “Americans do not want gridlock the democrats are promising.”

With the departure of Ryan, some speculate that Republican Majority Whip Steve Scalise (LA-1) will be tapped as his successor. Scalise has served in Congress since 2008.

The majority whip gained notoriety after he was shot by a crazed anti-Trump man during a baseball practice held by the Republican team for the annual Congressional Baseball Game on June 14, 2017. He was in critical condition for weeks, but he recovered and on September 28 he returned to the House and was greeted applause and cheers.